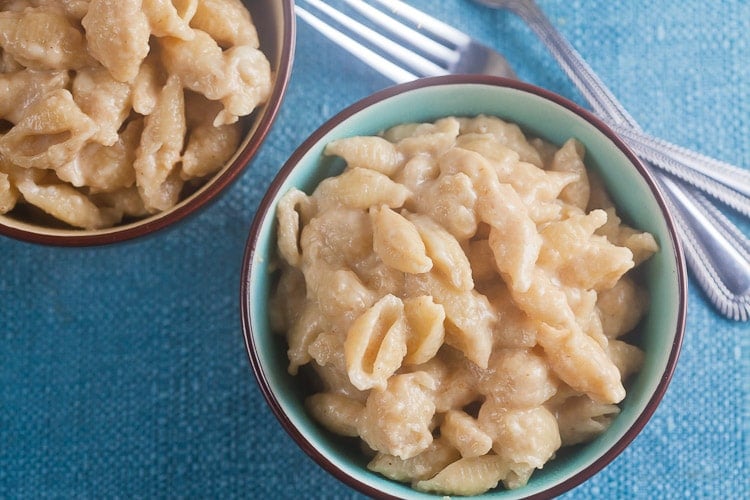 One of the weirdest things about being a food blogger is that a simple cold can leave you totally out of commission. I’m on week two of a terrible one and well, it’s kind of impossible to test recipes when you can’t actually taste anything. Now that I’m finally starting to feel a little better, I’m craving soup, pasta, and other comfort foods like this mac and cheese, which has been making a regular appearance on our dinner table all winter.

I saw this one pot technique, where you boil the macaroni in milk instead of water, on White on Rice Couple ages ago. I didn’t try it right away, but it had been tugging at the back of my mind for a while. Then, over the fall, I came across this apple sauce mac and cheese from Adventures in Cooking and I knew it was finally time to give it a try.

The pasta releases starch into the milk as it cooks, resulting in the richest, creamiest mac and cheese I’ve ever eaten. It’s a little insane how creamy it is. Apple butter might sound like a weird addition – and I’ll admit that it is – but it works. (Just like cheddar melted over a piece of apple pie is an unexpectedly delicious treat.) 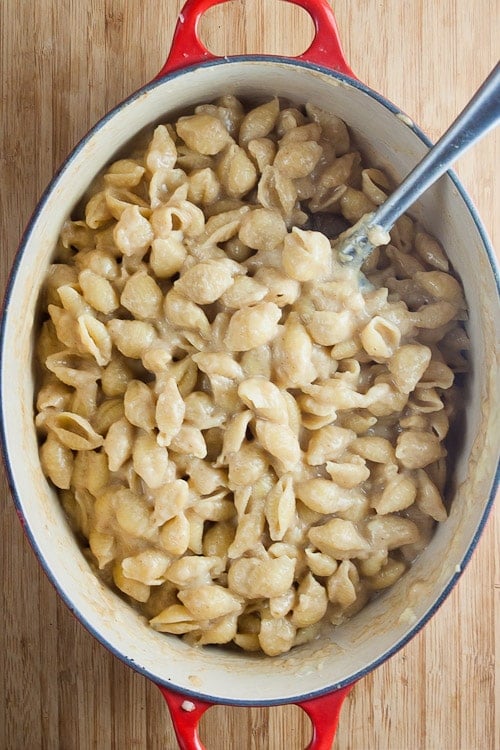 14 thoughts on “One Pan Apple Butter Mac and Cheese”