This easy watermelon smoothie is made with only four ingredients, but it’s jam-packed with sweet-tart flavor. 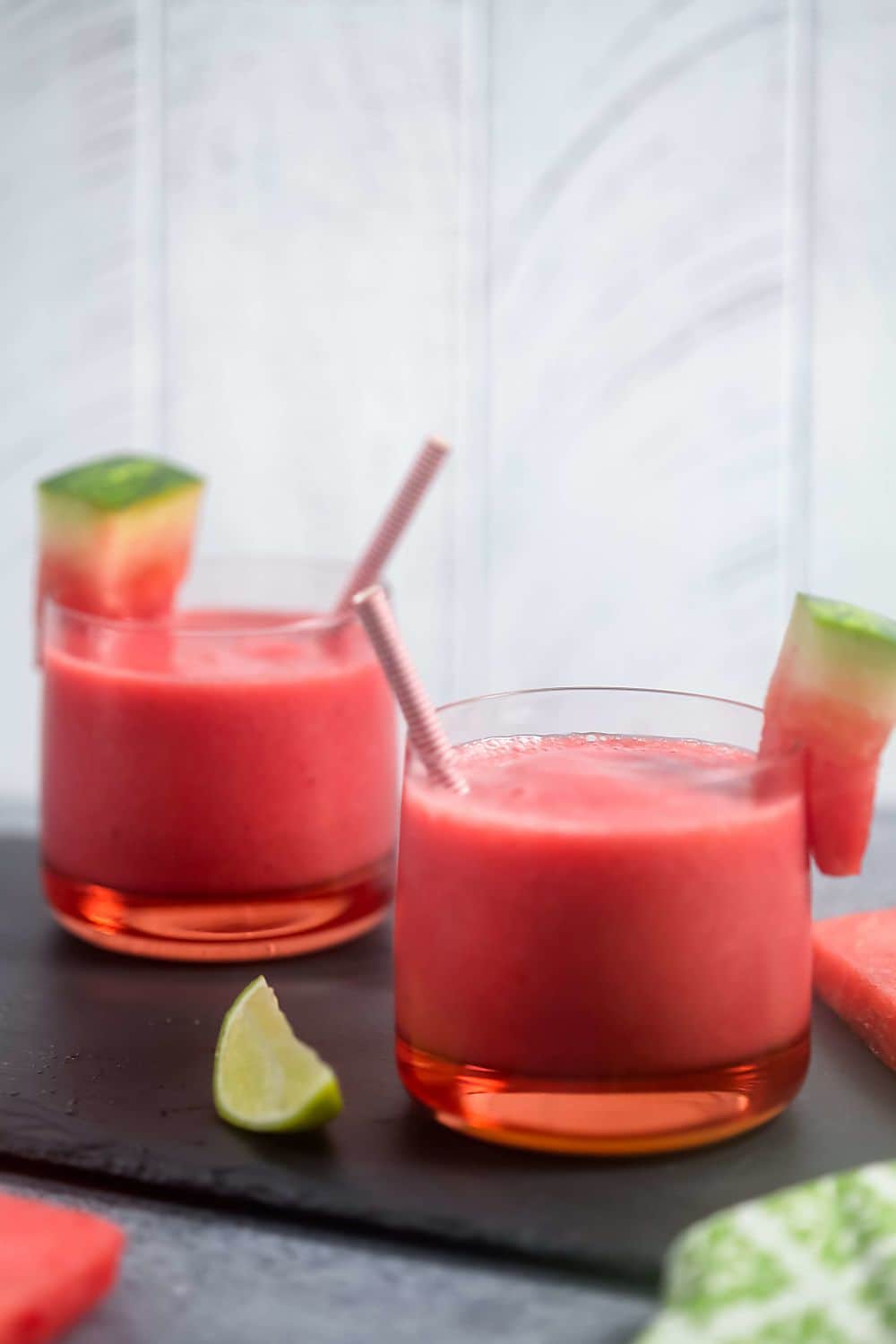 So, this watermelon smoothie recipe is insanely delicious, but there’s not a whole lot to say about it. I asked Shawn what I should write about and somehow the conversation turned to Star Trek. I’m not sure how that happened. Honestly, I didn’t even know I was capable of having an entire conversation on that topic. Since I doubt you care about a conversation about whether the Original Series or TNG is the best, let’s just talk about watermelon. Do you like it?

Watermelon has never been my favorite, but it’s growing on my quickly. 2017 is pretty much the summer of watermelon at our house! It’s the base of my hydrating fruit salad, but I’m also loving it sprinkled with a little bit of Trader Joe’s chili lime seasoning. (If you haven’t tried it that way yet, you need to. It’s so ridiculously good!)

I also really like cocktails with a watermelon base, which inspired me to see how it would work as a smoothie. The answer is very, very well! 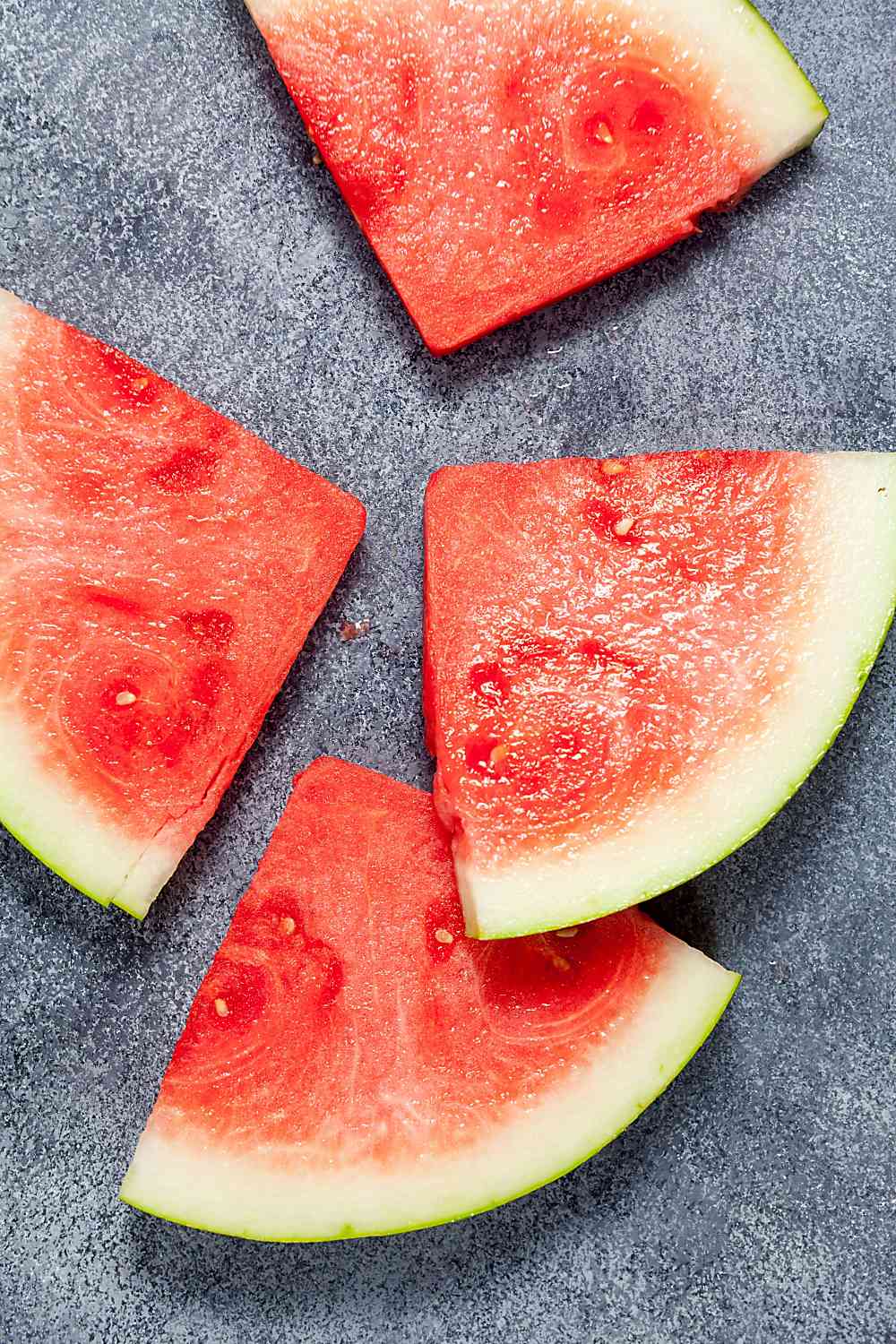 How to make an easy watermelon smoothie

I kept this smoothie recipe simple because I wanted the melon to be the star of the show and not have a bunch of other flavors competing with it. The result is a super refreshing smoothie, with a very pronounced watermelon flavor.

In addition to fresh seedless watermelon, I added frozen sliced strawberries to thicken the smoothie up and give it that milkshake-like consistency that I love. The berries also add a little bit of sweetness without overpowering the watermelon flavor. Some fresh lime juice balances everything out and keeps this watermelon smoothie from being too sweet, while a splash of coconut milk rounds it out and transforms it into creamy deliciousness.

As is, this watermelon smoothie is perfect with your breakfast, as a cool mid-afternoon treat, or as a healthy dessert.

(For something a little more adventurous, you can also blend in some rum or rosé and a few extra ice cubes. I won’t tell.) 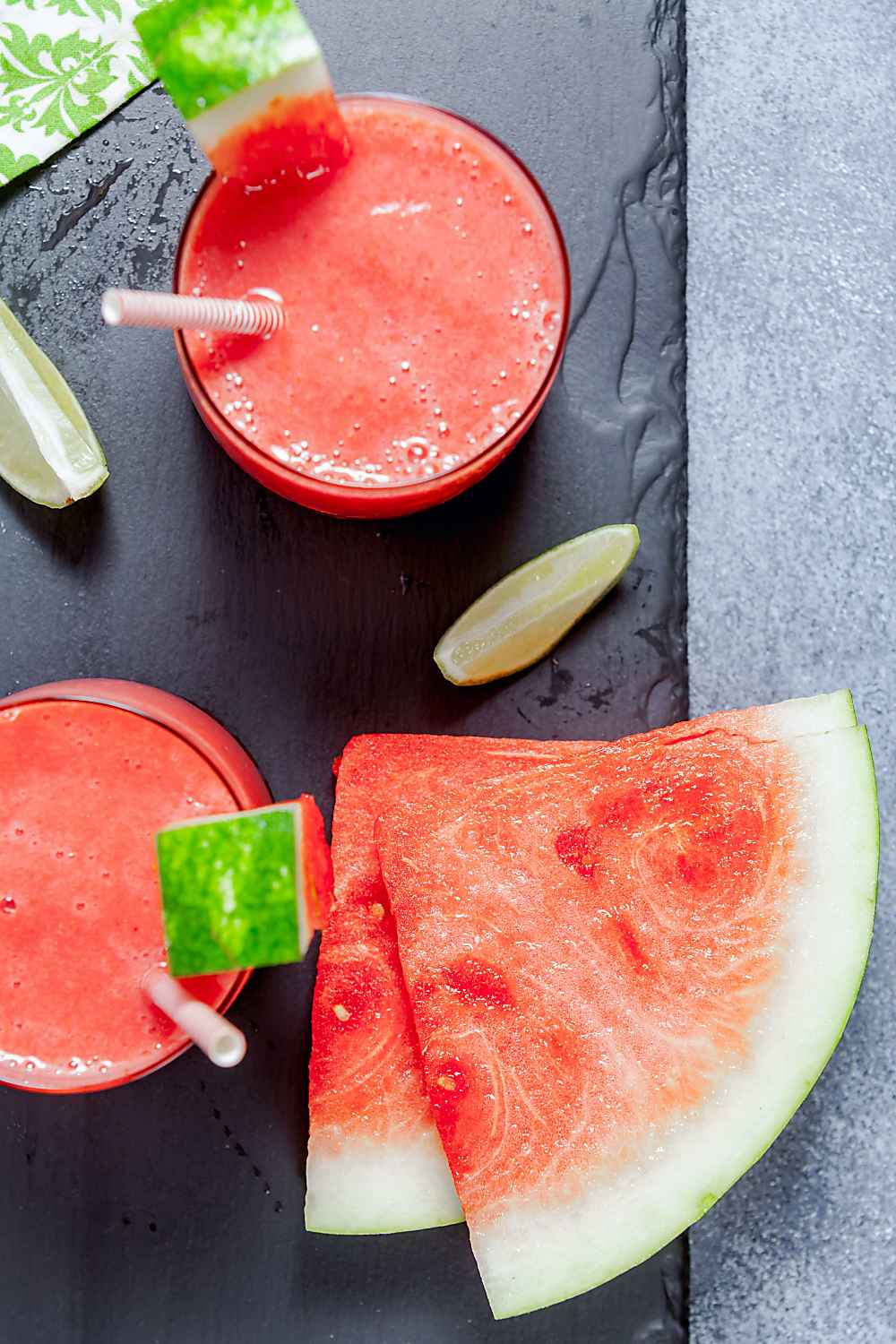