A creamy, milkshake-like yogurt smoothie made with oats, raisins, cinnamon, and vanilla. It tastes like an oatmeal cookie! 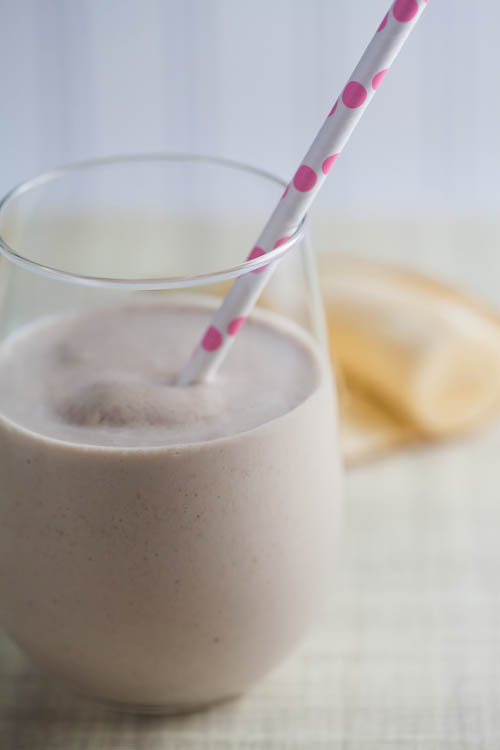 I feel like I should apologize – my recipes have been totally out of sync with the weather this week. It’s like 20 billion degrees below zero outside but I posted a salad two days ago and today I’m posting a milkshake-like smoothie. Not cool! For as often as I make soup, you’d think I would have had something ready to share with you this week. I’m actually working on  pot pie recipe, but it’s not quite ready yet.

This smoothie is smoothing I’ve had in the back of my mind for practically forever – ever since 2010, when I received a press release about an oat-based breakfast drink. I’m not actually a big smoothie person, but the idea of putting oats in one really stuck with me.

This oatmeal smoothie reminds me of a cross between the banana milkshakes that my mom use to make me and oatmeal cookies! They’re cool and creamy, with a hint of oats, cinnamon, and vanilla. But my favorite part is the texture – they have a perfect milkshake consistency, despite the fact that they don’t contain any ice cream! (If you can’t swing a milkshake today – and I don’t blame you – definitely bookmark this one for when it’s a little warmer. Or, you know, at least in the double digits!) 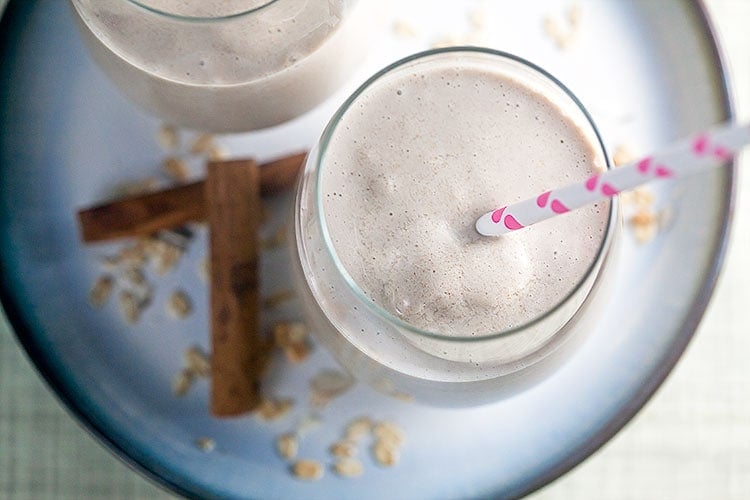 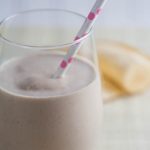 I’ve only had my Vitamix 5200 for about two weeks, but I’m absolutely in love with it. I’ve used it almost every day to puree soups and sauces, chop onions, and make frozen drinks and smoothies like this one. I can’t get over how powerful it is (it turns ice into the fluffiest snow! and heats things up by the magic of friction!). I’ve read the cookbook that it came with cover to cover – twice – and I can’t wait to explore all of the other awesome things that it can do, like making homemade rice milk and cashew butter, making homemade hollandaise, and kneading pizza dough. I’m also looking forward to buying the dry container so I can use it for things like grinding coffee and milling grains.

Disclosure: Vitamix provided me with a Vitamix 5200 and challenged me to use it every day for a week. They also provided a second one for the giveaway (now closed). All opinions are my own.