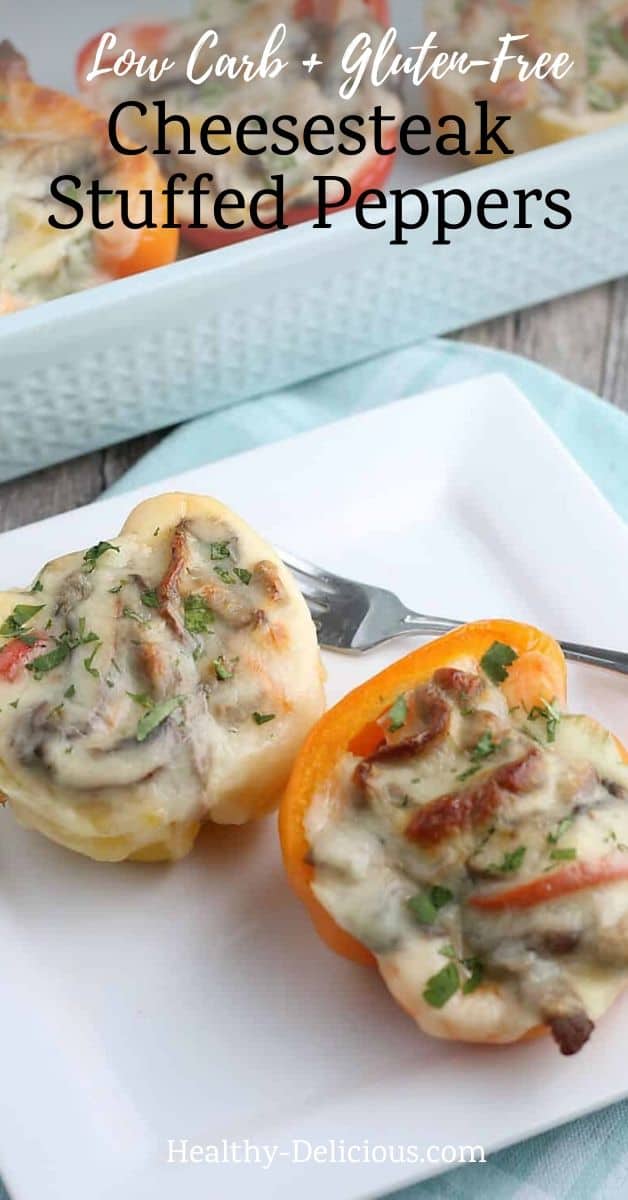 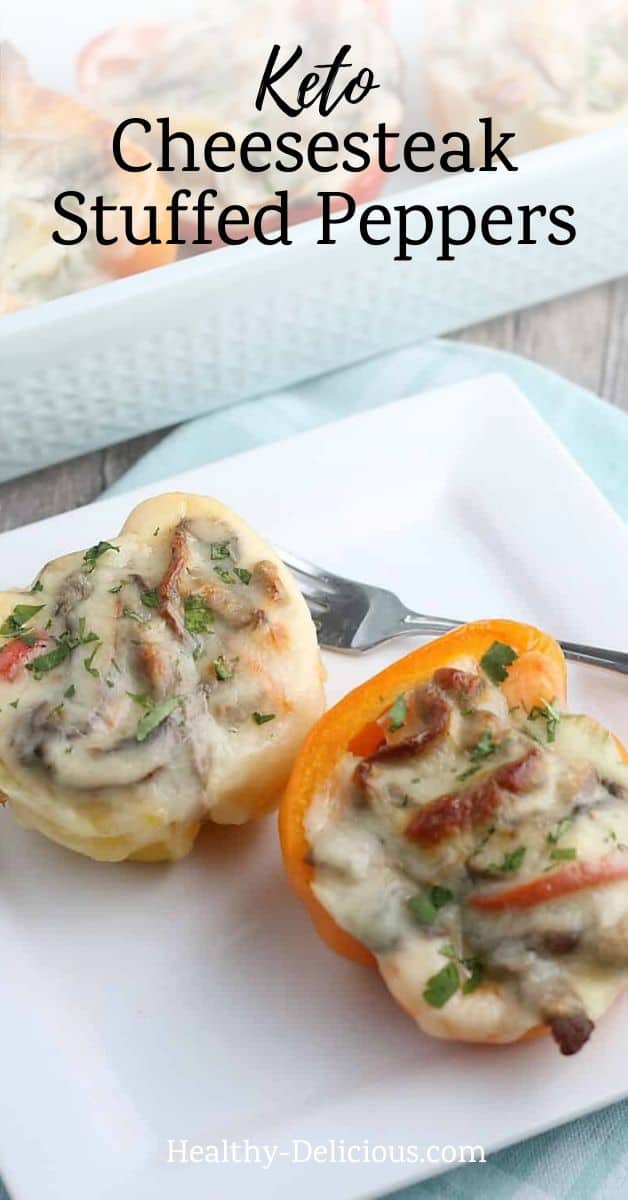 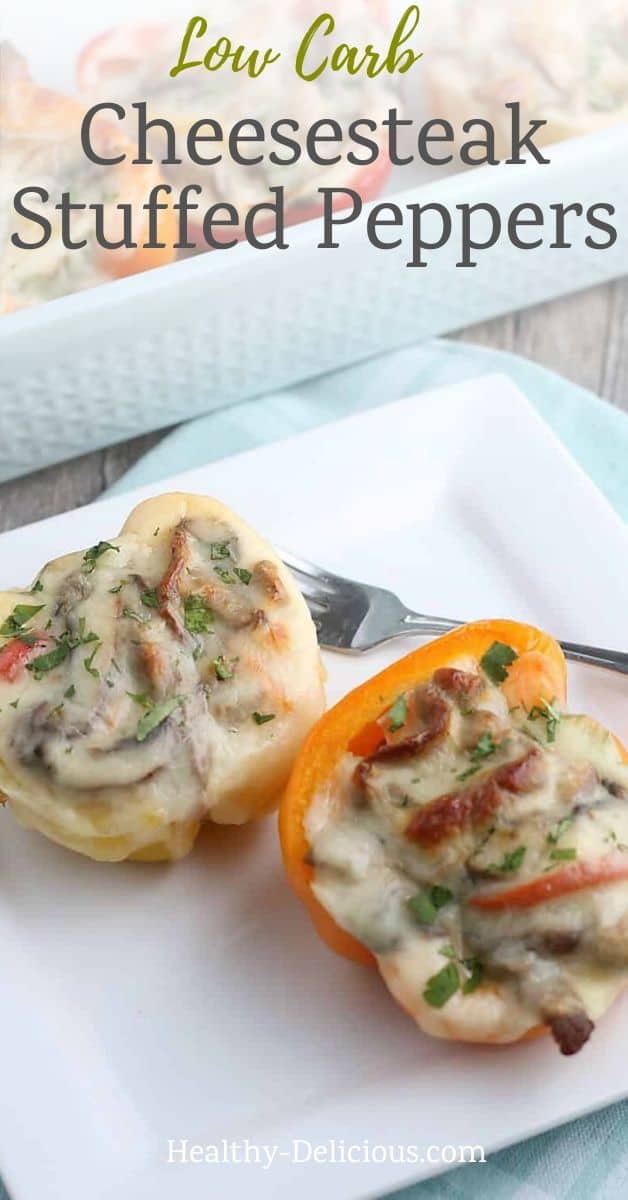 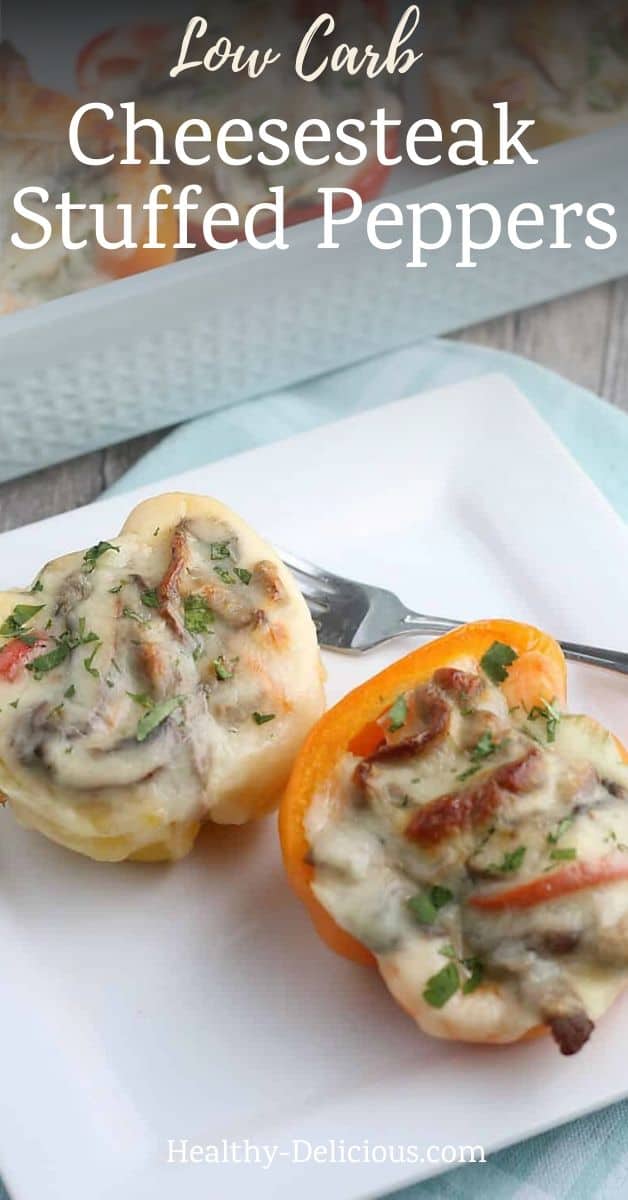 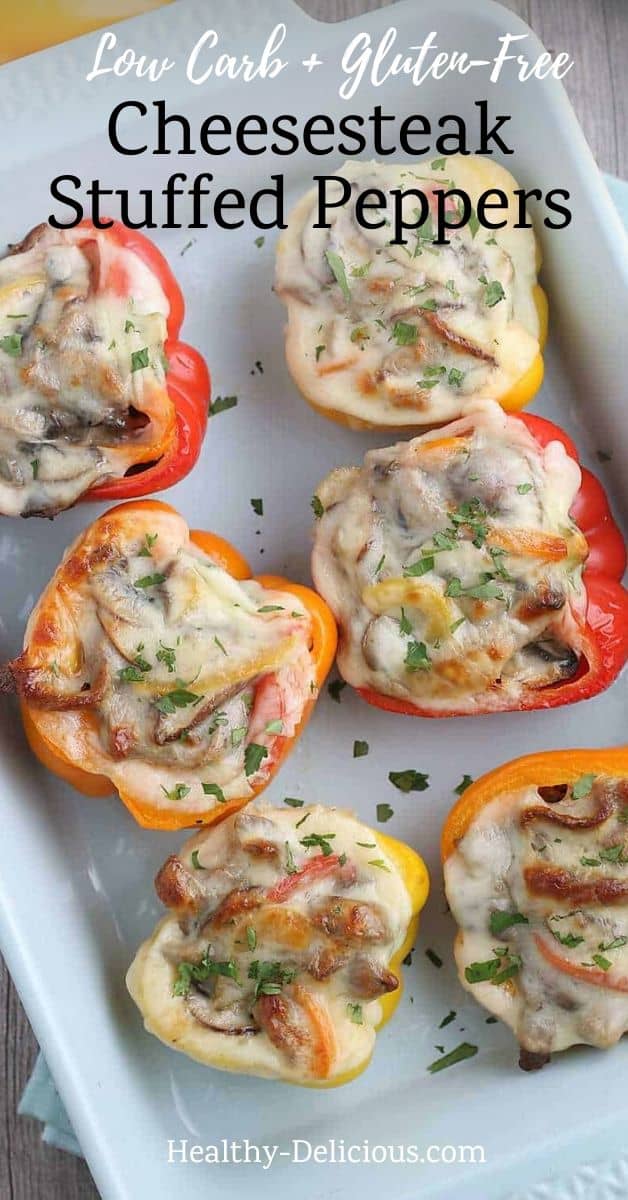 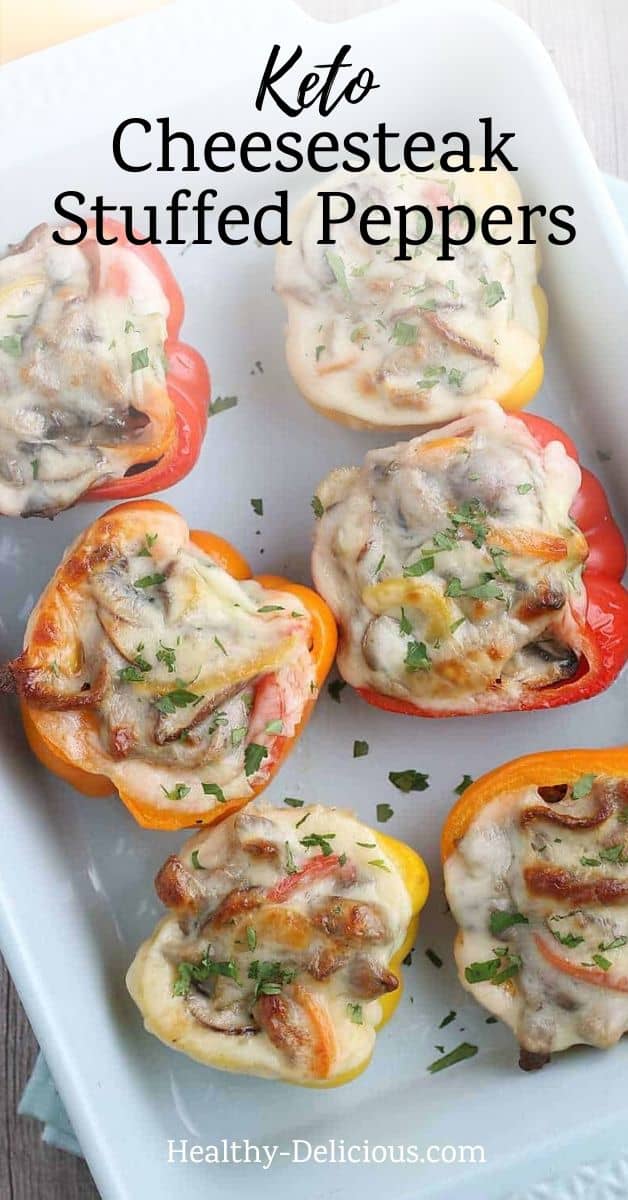 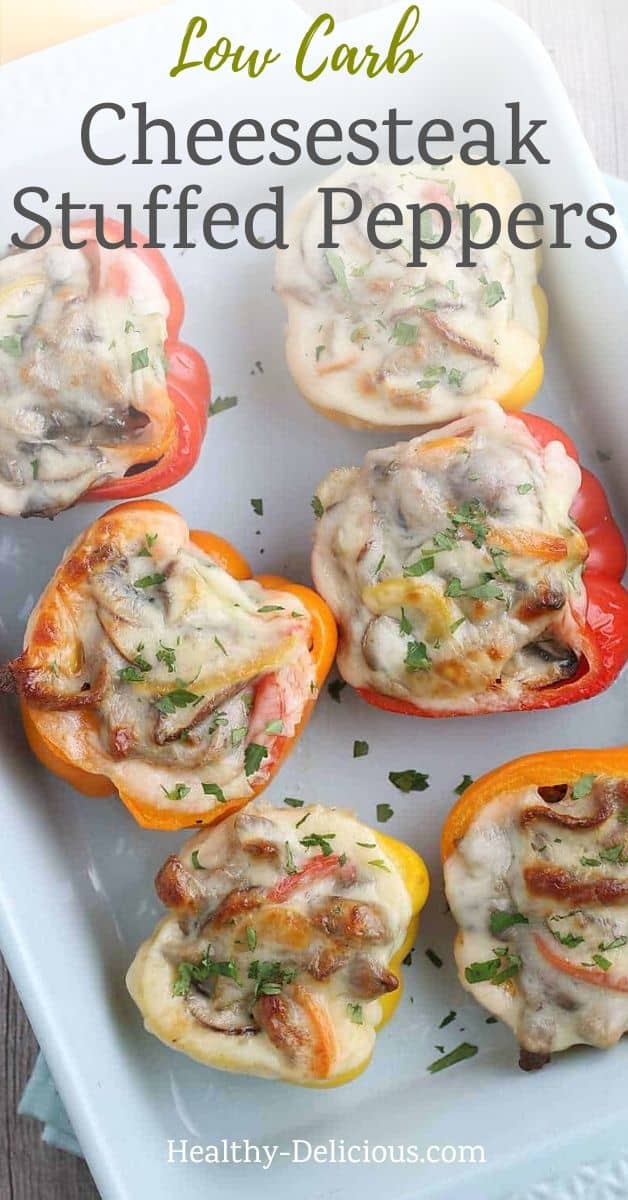 Cheesesteak Stuffed Peppers are a mash-up of two classic recipes that will satisfy everyone at the dinner table.  Perfectly cooked peppers stuffed with tender bits of beef, onions, mushrooms, and covered in melty cheese are the perfect way to stay low-carb without sacrificing flavor.

Do you ever find yourself gravitating toward one specific food or eating basically the same thing over and over again without even realizing it? That’s how am I with stuffed peppers.

Maybe it’s just something about stuffed foods in general. I also love this low carb Cubano stuffed pork loin and sausage stuffed acorn squash. A few years ago I even thought about starting a second blog all for stuffed foods – I even bought a URL for it! Maybe I should have gone forward with that plan after all.

What goes on a traditional cheesesteak?

Cheesesteak Stuffed Peppers seemed absolutely brilliant to me. All of your classic cheesesteak ingredients stuffed inside a roasted pepper? Yes, please!

Then I found out that peppers in cheesesteaks are super controversial. It’s a funny thing. So many cheesesteak-inspired recipes include them but think about an actual cheesesteak. Are there peppers on it? Probably not. If you’re in Philadelphia, it’s pretty much a guaranteed no.

Mushrooms? Yes, Onions? Sure. Steak and cheese? A given. Maybe some hot cherry peppers. But not so much with the bell peppers.

Anyway, I sincerely apologize to the cheesesteak purists for bastardizing your recipe. But not really, because these are pretty darn delicious. Let’s just agree that they definitely aren’t traditional, ok?

Do I Have to Use Mushrooms in Low Carb Stuffed Peppers?

Of course not!  If you don’t like mushrooms, or if you’re allergic, you can definitely leave them out.

They’re a great way to add bulk, fiber, protein, and flavor, but people can definitely have strong opinions on them. I personally refused to tough them myself until I was in my 20s! I love them now, but I won’t judge if you’re in the “no mushrooms” camp.

Personally, I love provolone.  It adds a perfect creaminess, melts well, and is readily available.  American cheese is another great option that’s traditional for cheesesteaks. Skip the singles and go for freshly sliced cheese from the deli counter – you won’t think of American cheese the same way again!

Of course, Cheese-Wiz is also a traditional cheesesteak topping. That’s not exactly very healthy though so I’d probably skip it.

You can get fancy with mozzarella or muenster but use caution. I still remember the weeks of flack that John Kerry got for ordering a cheesesteak with Swiss! Of course, you probably aren’t running for president and you’re making these in the privacy of your own home, so go with whatever makes you happy.

This keto cheesesteak stuffed pepper recipe is pretty straightforward.  However, you might want to mix things up a bit with different ingredients. Why not give one of these ideas a try?

How do I Keep My Peppers From Falling Over?

I always look for wide, flat peppers when I want to stuff them. But sometimes your options are limited. If you end up with wobbly bell peppers, there are two easy methods for keeping them upright in your pan: 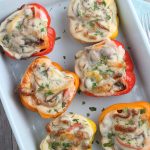