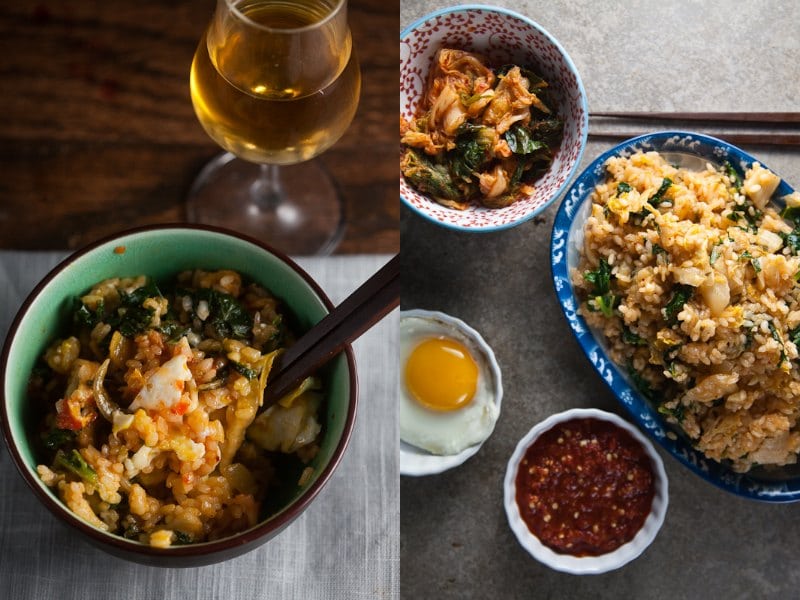 Two Saturdays ago (already?!) Shawn and I took an impromptu day trip to New York City. We live just close enough that we can do that, provided we plan it the night before and set the alarm nice and early.

We had a great day, hitting up Les Halles for lunch (I had the merguez and Shawn had the flat iron; I highly recommend both) before checking out an exhibit  at the library, wandering through The Frick Collection (love the architecture!), visiting the polar bear and penguins at the Central Park Zoo, and doing some shopping. By the time the sun started to go down, we were starving! We wanted something different for dinner and turned to the internet for advice.

We ended up at a tiny Korean fusion place not too far from Grand Central called Social Eatz. The name is terrible and it didn’t look like much from outside, but it was a real find! It was also a complete steal, with 3 course menus priced at $35 a person. I had Korean Fried Chicken that was totally awesome – the breading was crispy, salty, and not at all greasy and the meat was succulent. I followed that up with a bowl of ramen that satisfied a weeks-long craving, and ended with chocolate mousse topped with Vietnamese coffee and cocoa krispies. Shawn had pork buns, the bibimbop burger (which h declared the best burger he’s ever eaten), and pumpkin cake with miso caramel that was to die for. (Apparently the chef was on Top Chef a few seasons ago. I haven’t followed the show in a while though.)

Anyway, I would eat there every night if I could. I have no idea why the place wasn’t packed (except for the weird location, which isn’t exactly busy on a Saturday night). We left the restaurant totally stuffed, and yet somehow still craving more Korean food. Of course, that meant I needed to put something Korean-inspired on the week’s menu! 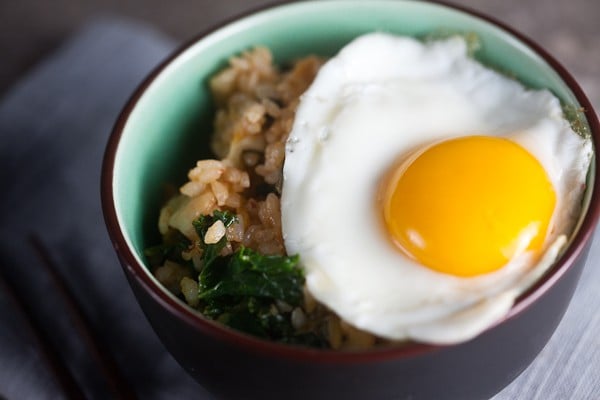 This Kimchi fried rice is comfort food at it’s best. It’s the perfect combination of starchy rice, spicy chili paste, and sour kimchi. Throw in a little kale for good measure and top it off with a runny, sunny-side up egg – what more can you ask for?

If you think ahead and cook your rice the night before (or make extra to go along with another meal earlier in the week), this meals comes together in no time. 15-20 minutes, tops. It’s also pretty hard to mess up… fried rice tends to be pretty forgiving! I like mine extra spicy and with tons of kimchi – a 1:1 ratio with the rice – but you can tweak it to our own liking. 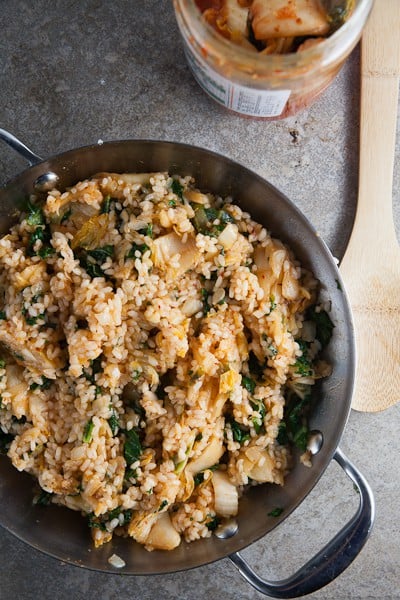 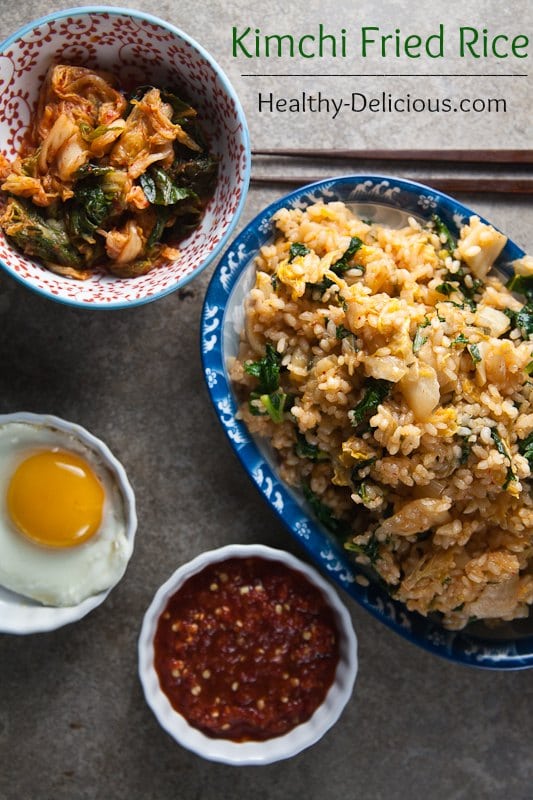