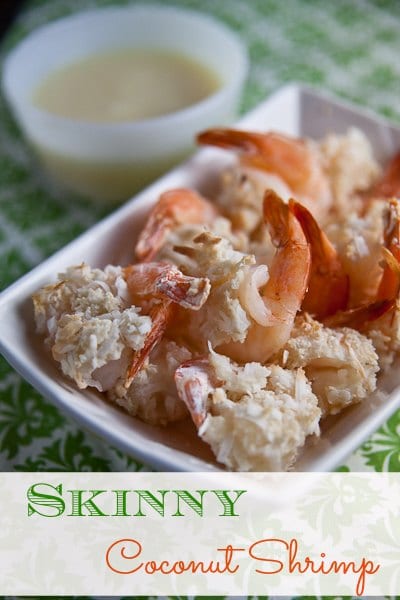 A few weeks ago, Shawn and I went to Red Lobster to grab a quick dinner before we saw a movie. I spent all day thinking about how excited I was to get the coconut shrimp, which I haven’t eaten in years. Then we got there and I looked at the menu. 880 calories before you even start thinking about sides? I don’t think so!

I swear, living in a county that requires chains to put calorie counts on the menu is both a blessing and a curse. For the most part I love it, and I’ve been pleasantly surprised to learn that some things aren’t’ nearly as bad as I would have guessed. Other times the number is so outrageous that even if I was planning a splurge I just can’t do it.

I ended up getting the garlic-grilled shrimp, which were a much more reasonable 370 calories (and were really tasty – I recommend them!) but I couldn’t get those coconut shrimp out of my head. So I made them myself. And healthified them, of course.

This version shaves off almost 350 calories and a whopping 43 grams of fat per serving. Not too shabby! Even better is that they still taste like a splurge.(Especially the pina colada dipping sauce. Which, let’s be honest, bears a strong resemblance to frosting and wouldn’t be totally out of place used as a glaze on a cupcake or sweet bread.) 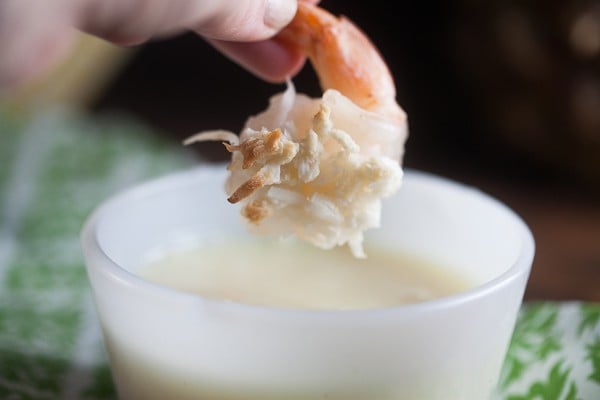