You are here: Home / Gluten-Free / Zucchini and Sausage in Pink Sauce

This from-scratch pink sauce recipe is packed with classic Italian flavor. Swap out the traditional pasta in favor of roast sausages and zucchini for a low carb/keto, and gluten-free dinner. This tomato cream sauce will be a new family favorite, for sure! 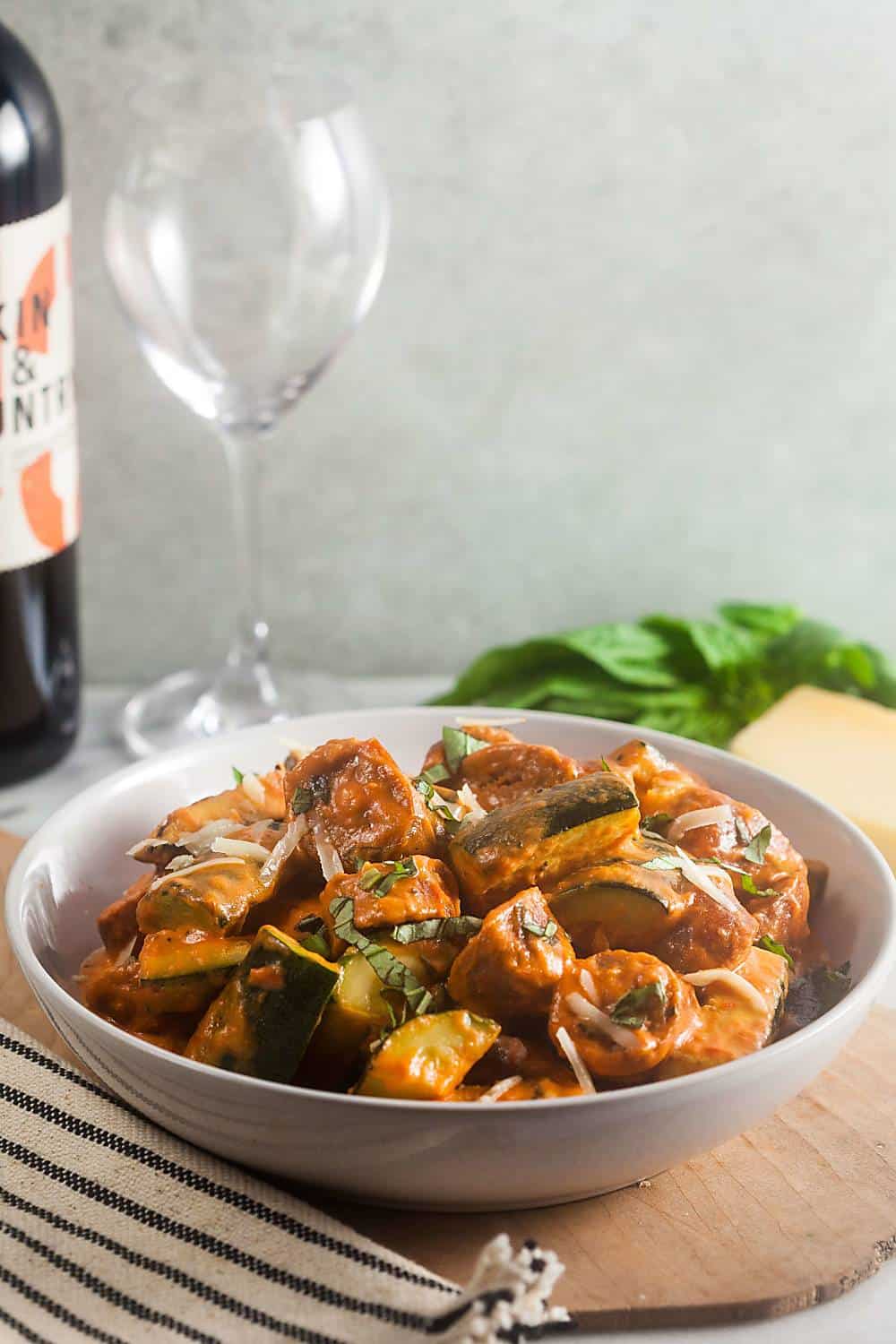 Do you ever make a huge meal, eat it for dinner one day and heat up leftovers for lunch all week and then immediately make it again because you’re so sad that the leftovers are gone?

That’s what happened when I made this zucchini and sausage in pink sauce recipe. It’s just so good! And that’s coming from someone who usually gets burned out on leftovers after a day or two.

I wasn’t kidding when I shared my recipe for zucchini noodles with homemade pesto and roast shrimp the other day and said that zucchini has pretty much taken over my kitchen. It’s true!

For this recipe, I cut the zucchini into big chunks instead of spiralizing it. It held up to the hearty tomato cream sauce better that way. The bigger pieces of zucchini also mean that you can broil them right on the same pan as your sausages. Everything gets toasty and charred and has an extra layer of flavor.

This dinner is so warm and cozy. I’m definitely looking forward to eating it all fall and winter long! 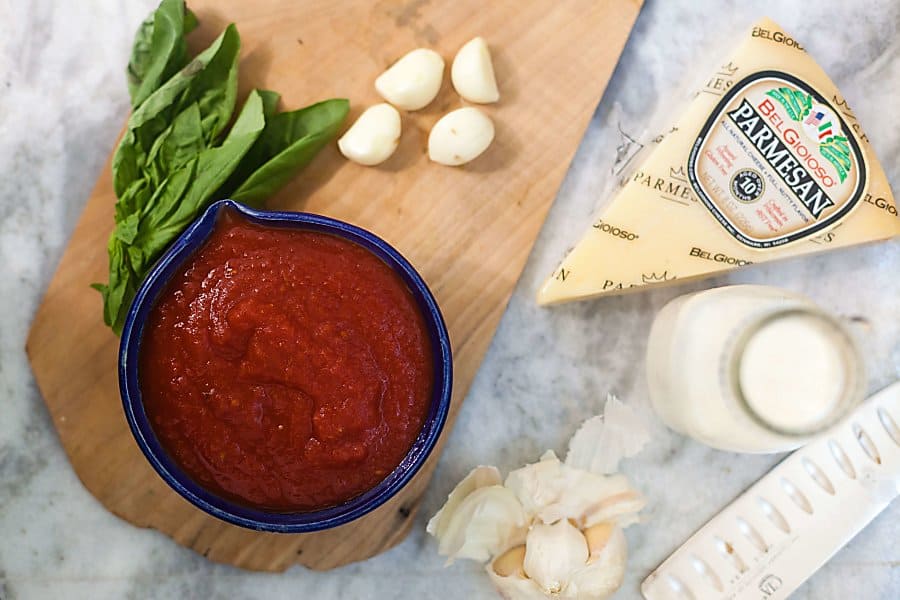 What is pink sauce?

Pink sauce, also known as tomato cream sauce or rosario sauce, is basically a combination of marinara sauce and alfredo sauce. It’s similar to vodka sauce, except even richer and creamier. It’s pretty much the best sauce ever.

You can eat it on pasta or tortellini, use it on a pizza, or ditch the carbs like I did here. It’s delicious paired with sausage, chicken, or even shrimp. 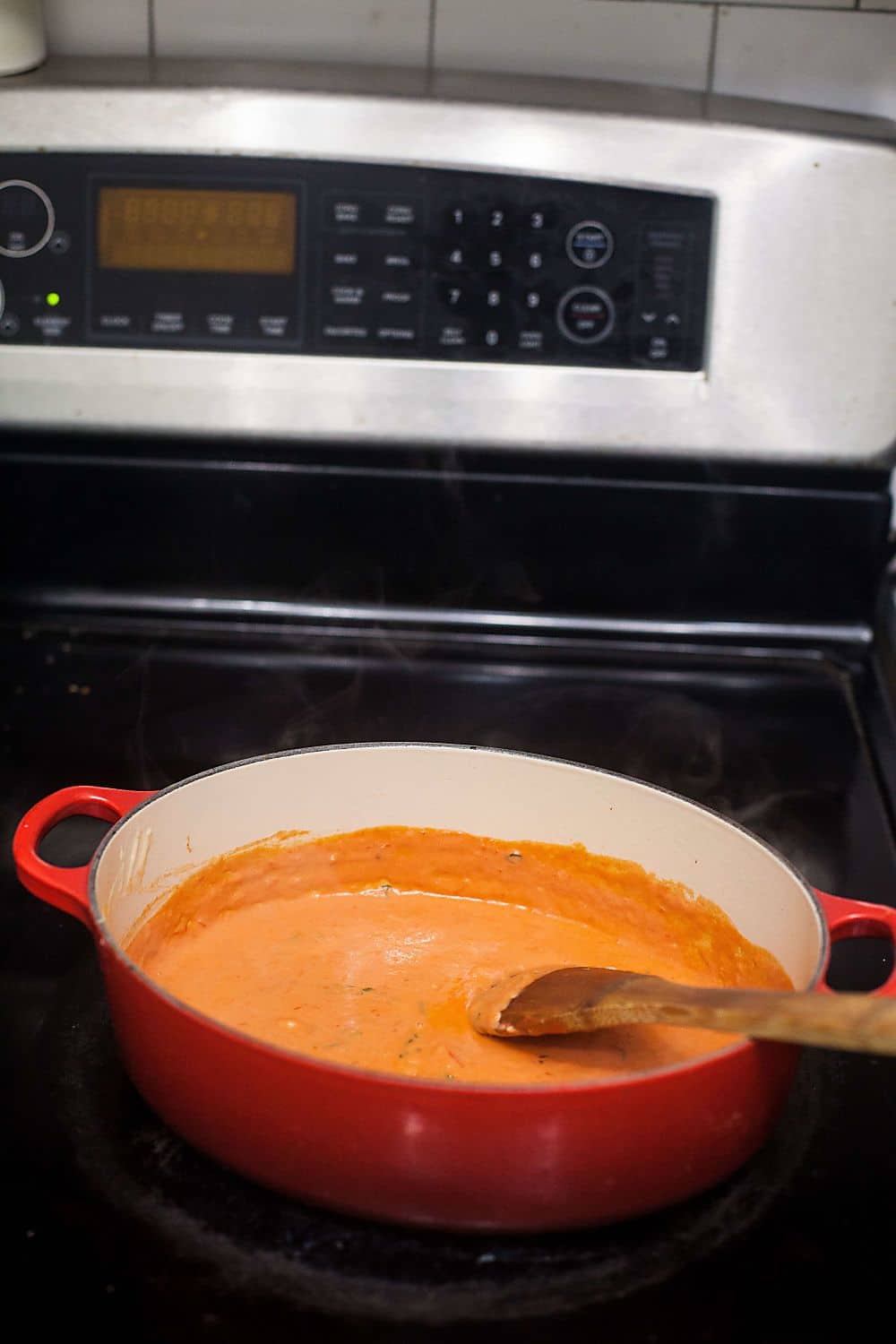 How do you make pink sauce from scratch?

The first time I had tomato cream sauce was way back in college when one of my roommates mixed together a jar of pasta sauce and a jar of alfredo. We were instantly hooked at ate it pretty regularly.

Of course, that’s not how I make it anymore. These days I make this pink sauce recipe entirely from scratch – and it barely takes any more time than opening those two jars did. Of course, this homemade version tastes a million times better!

To make it, you’ll start by making a super garlicky alfredo sauce. Alfredo doesn’t traditional have a ton of garlic, but marinara does, so we’ll also that in this step. Melt some butter, then add loads of fresh garlic. Cook until the garlic is fragrant, but don’t let it brown or it will get bitter. Low heat is key here.

Next, whisk in some heavy cream and bring it to a simmer. Stir in some parmesan cheese to form a thick, creamy alfredo.

Finally, add the ingredients for classic marinara: crushed tomatoes and fresh basil. If you’re really dedicated, you can crush your own fresh tomatoes. I use canned tomatoes here. They’re just as tasty and the flavor is more consistent, especially when tomatoes aren’t in season.

Add a little water to thin the sauce if it’s too thick, season to taste with a little sea salt and some crushed red pepper, and there you have it! My absolute favorite thing to eat right now. 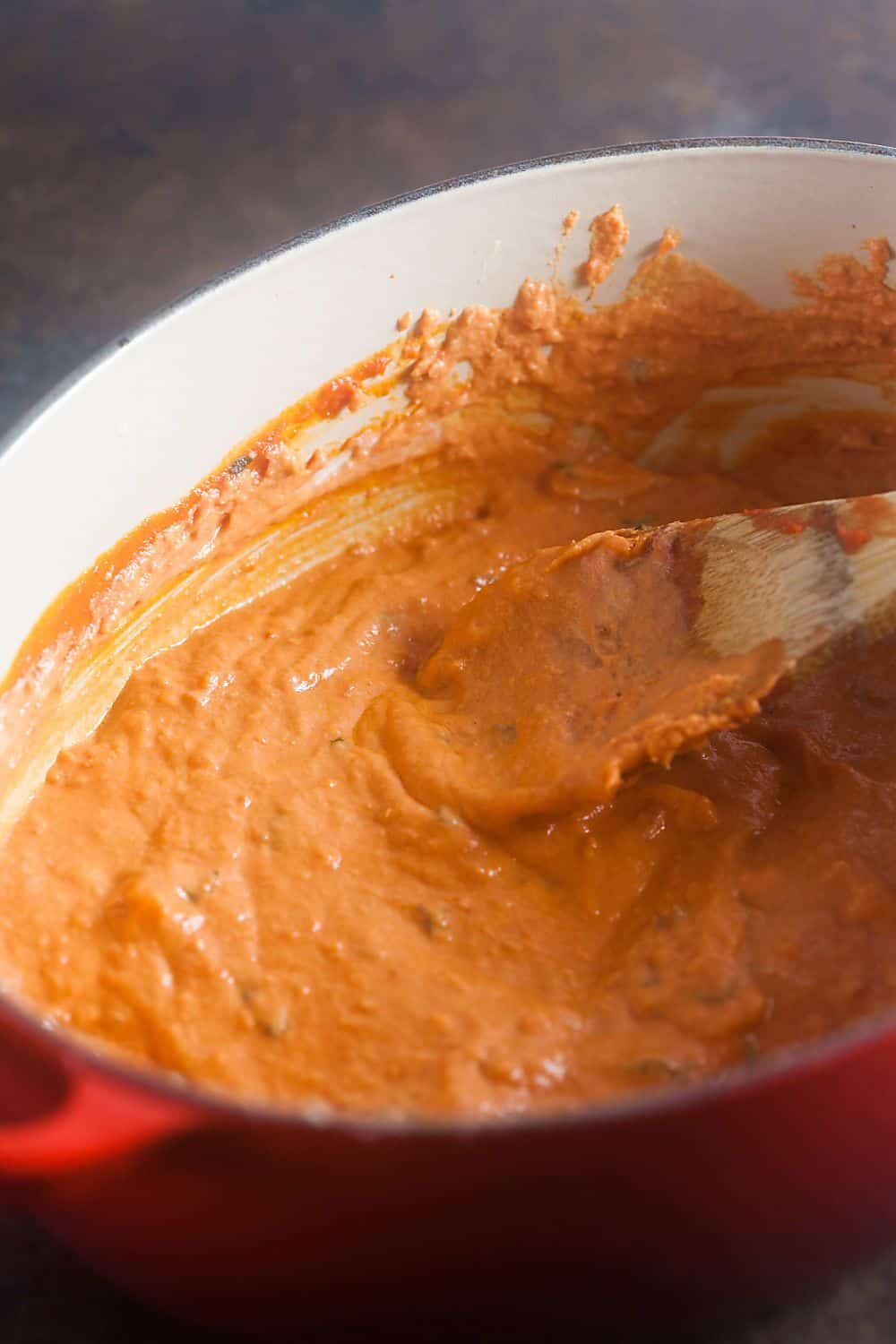 Just look how luscious that tomato cream sauce is! It’s definitely rich, but a little goes a long way.

You can make a big batch and freeze it if you want, but it’s so quick to make that I usually just make it as I need it. 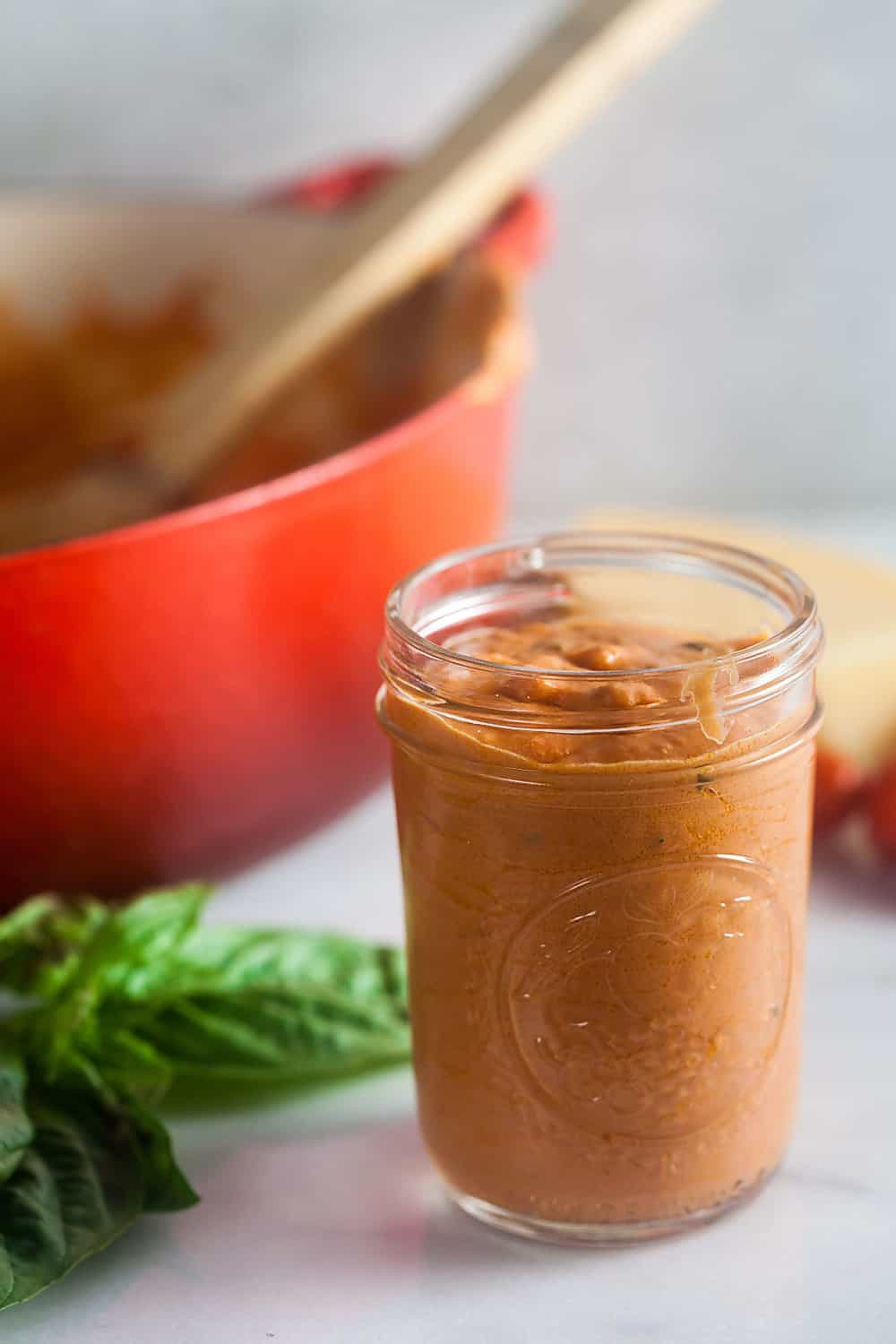