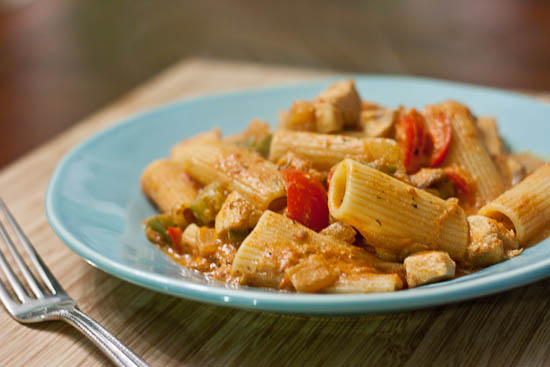 Have you ever had Chicken Riggies? It’s a dish that originated around Utica, New York (about an hour away from us here in the Capital Region) and I’ve never met a person who tried it and didn’t love it.

In it’s simplest form, Chicken Riggies is composed of rigatoni, chicken, spicy and sweet peppers, and a tomato cream sauce. It’s quick and easy to make and is a terrific weeknight alternative to more traditional pasta and red sauce. My favorite version includes lots of mushrooms and is lightened up with fat free half and half. It’s also one of the first recipes that I’ve shared as a blogger for ShopRite, so if you want my recipe pop on over to their blog, Potluck.

If you were expecting a recipe in my Cooking for One series today, I apologize. I spent the weekend at the New York City Wine and Food Festival, and I’m totally wiped out. I’ll be back with a new recipe for that series and with a full recap of my weekend soon.

In the meantime, let’s just say there was lots food that looked like this: 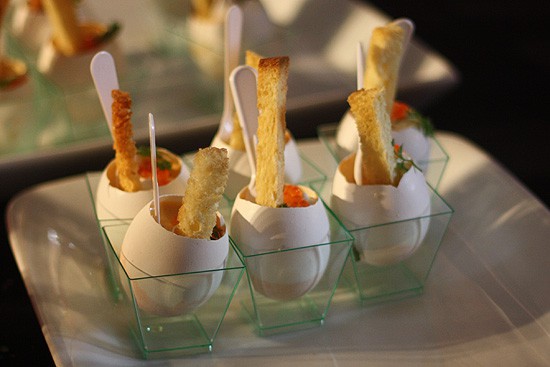 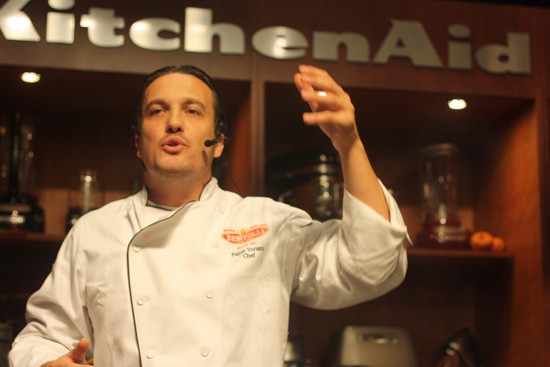 And more tacos than I could count.

Until then, I leave you with this video of Alton Brown opening a wine bottle with a drill: