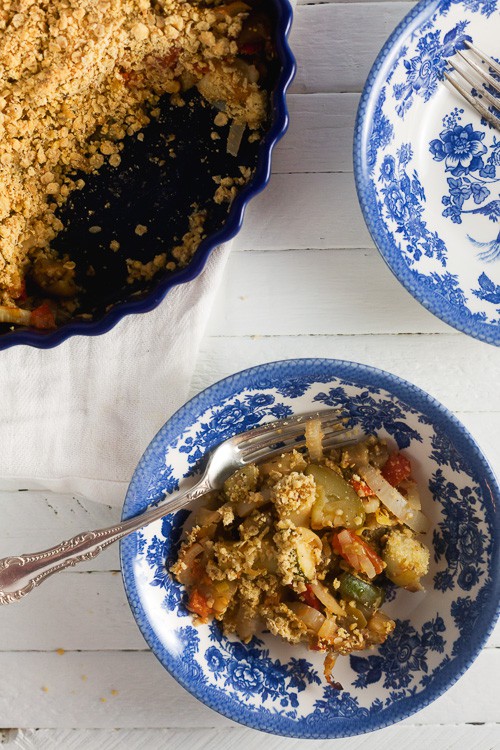 I know I’m a little late to the party, but  wanted to share a delicious gluten-free recipe to celebrate Celiac Awareness Month in May. (Seriously, where did May go? I feel like it flew by in a blink.) This savory crumble is great because in addition to being gluten-free, it’s also vegan – and it’s so delicious that everyone will love it even if they don’t have dietary restrictions.

I’ve been thinking about making a vegetable crumble since I was in Sweden last summer and witnessed the brilliance of Top With Cinnamon in the kitchen. Izy shared a simple pie or crisp with us every night, and it was without fail one of the highlights of each day. She’s a genius with dessert. One night she made a savory crisp with a thick layer of oats and roast tomatoes…and the rest is history. I’ve been dreaming up ideas for a savory vegetable crumble every since. 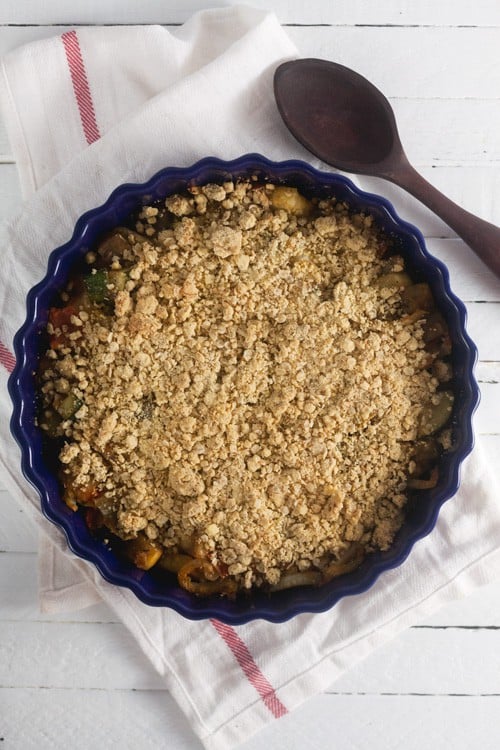 For this crumble, I wanted to highlight the flavors of summer. I chose a simple but flavorful combination of eggplant, zucchini, that reminds me of ratatouille. Since the vegetables release a lot of water while they cook, I started by cooking them down on the stovetop.

Then, I topped them with a delicious crumble topping made from oats, garbanzo bean flour, and GO VEGGIE’s vegan parmesan.

If you’ve never tried garbanzo bean flour before, you definitely need to try it out. It has a really distinctive flavor that I adore, and it just so happens to be gluten-free. (If you have extra, use it to make socca or dosas!) GO VEGGIE’s vegan parmesan is another item I always have in my fridge. A little sprinkle goes a long way toward adding lots of salty, cheesy flavor to your recipes, with double the calcium and 30% less fat that dairy cheese. I use it in everything from puff pastry pizza to pistachio pesto. 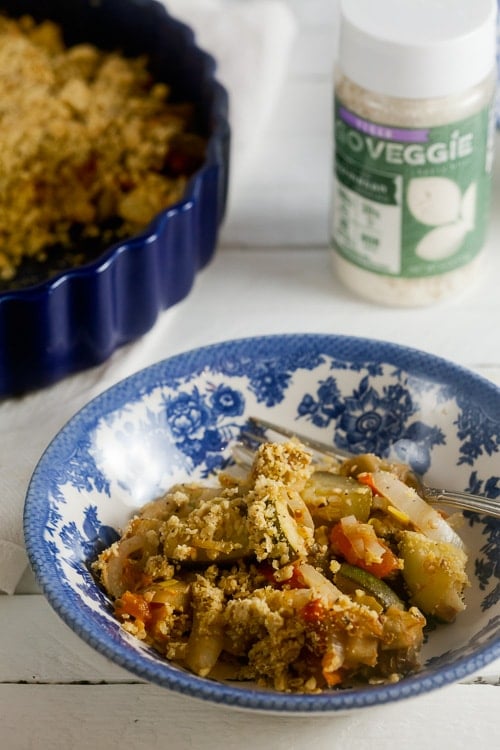 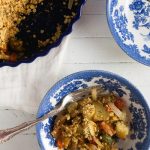