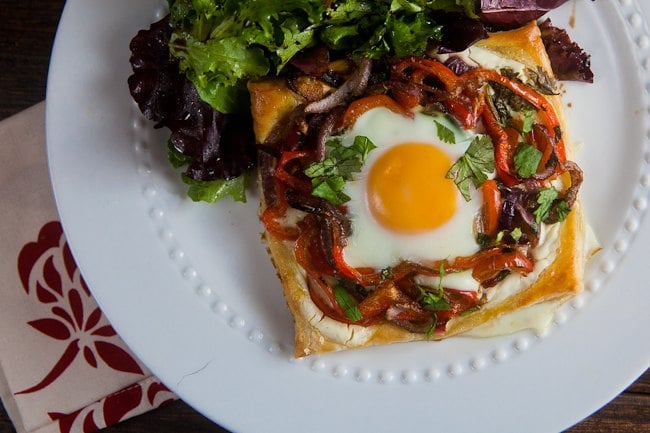 This week, #SundaySupper has a breakfast for dinner theme – one of my favorites so far – but since I posted a waffle recipe a few weeks ago, I wanted to make something more on the savory side.   These tarts, with their tangle of roasted red peppers and onions and sunny-looking egg, caught my eye as I was flipping through my copy of Jerusalem: The Cookbook and I knew they’d be perfect! 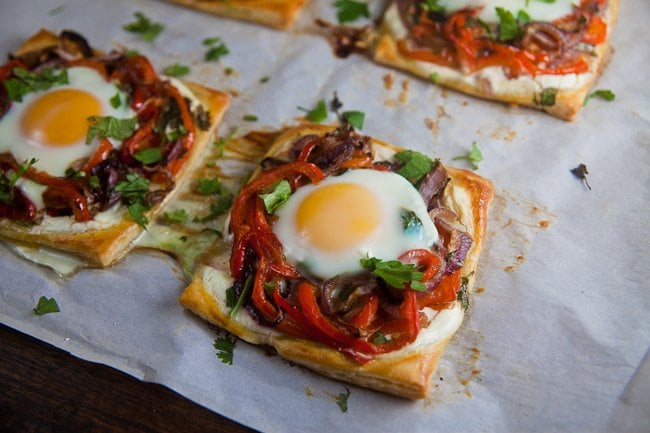 I cooked my eggs for 13 minutes – a little longer than the original recipe called for – and they came out just how I like them, with thickened jelly-like yolks that aren’t too runny. The tarts were unlike anything I’d ever eaten, yet they still seemed homey and vaguely familiar.

Paired with a simple salad of baby lettuce tossed with olive oil and my favorite blackberry-ginger balsamic vinegar, they made a great light meal that we both really enjoyed. 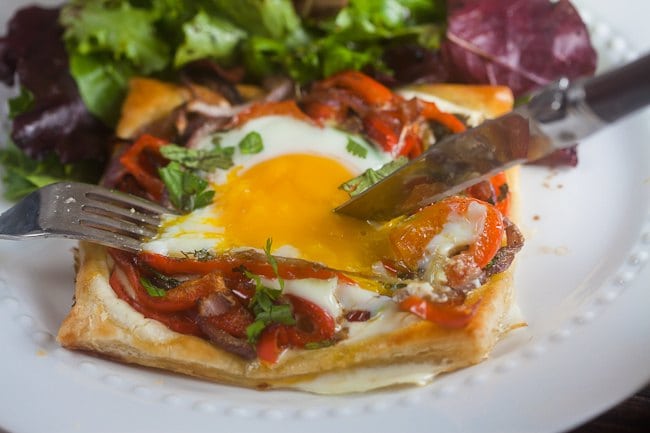 Don’t miss any of the other great “Breakfast for Dinner” recipes from the Sunday Supper group!

Bacon and Egg Waffles from The Urban Mrs

Homemade Lox from Growing Up Gabel

Prosciutto, Gorgonzola and Rosemary Strata from That Skinny Chick Can Bake

Italian Turkey Meatballs (With a Secret) from What Smells So Good?

Florentine Benedict from Supper for a Steal

Crustless Spinach Quiche from The Hand That Rocks The Ladle

Crumpets with Whipped Orange Honey from Kudos Kitchen by Renee

Cream Dried Beef and Waffles from Cindy’s Recipes and Writings

Zucchini Pancakes with Sautéed Tomatoes and Feta from Ruffles & Truffles

Normally it would be very socially unacceptable to have wine with your breakfast, but seeing as this is closer to sunset than sunrise, we say go for it!!!