Jump to Recipe
One Pan 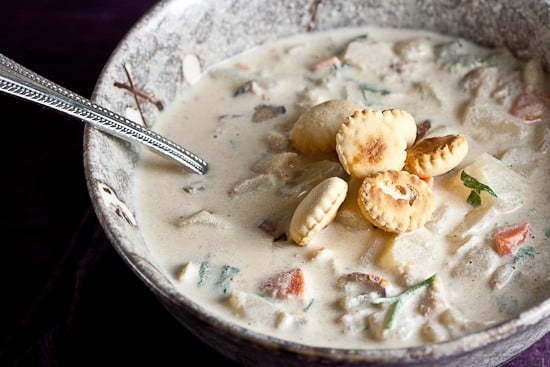 This milky chowder filled with meaty bites of bacon and the subtle spice of Old Bay and peppery parsnips is what I consider the ultimate winter meal. The combination of smoke and cream reminds me of curling up in front of a fireplace while fat snowflakes fall outside. Close your eyes when you eat it and you can almost hear the bells of a horse-drawn carriage being pulled down the road. It tastes luxurious but, with less than 350 calories per (big) bowl and loads of vitamins C and A, I know its a great way to stick to my goals.

(*I refuse to say it’s a resolution. That sounds too drastic and unattainable. I do, however, resolve to fit into my pants again.) 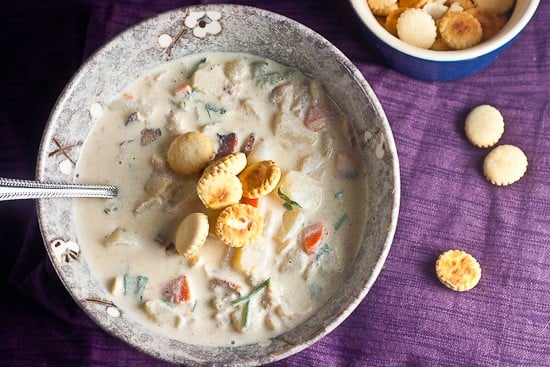 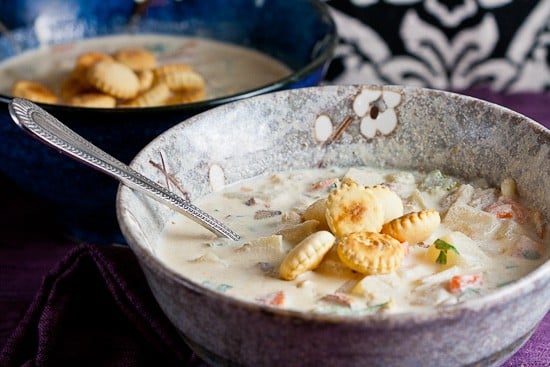 « Fan Favorites: The 10 Most Popular Recipes of 2011
Crab and Blackberry Guacamole »