This twist on a classic pie features fresh banana cream piled high in a vanilla wafer crust! Keep reading to get the recipe and enter to win a copy of the new cookbook, Teeny’s Tour of Pie. 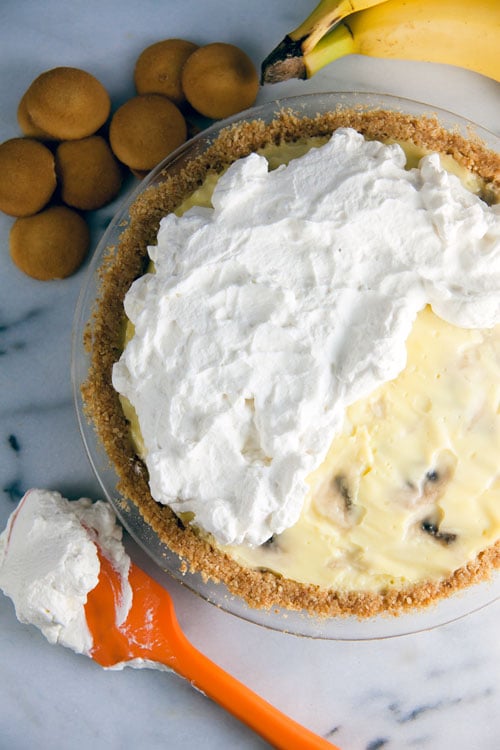 It’s been almost a full week since I shared a recipe here… I can’t even remember the last time I went that long! As delicious as that potato salad with crispy ham was, I’m kind of tired of looking at it so I decided it was time to get off the couch and post something new. (This is apparently what happens when you start watching Friday Night Lights on Netflix… you spend way  too much time sitting on the couch and not doing anything even remotely productive.)

Hopefully this pie will make of for my absence?

A few weeks ago, I got a copy of Teeny’s Tour of Pie in the mail. The author, Teeny Lamothe, spent a year traveling to the best pie shops and bakeries in the country in an effort to master the art of pie. The book is packed full of awesome pie ideas and gorgeous photos. Teeny’s personality really comes through in her writing; she basically seems like the most adorable person ever. 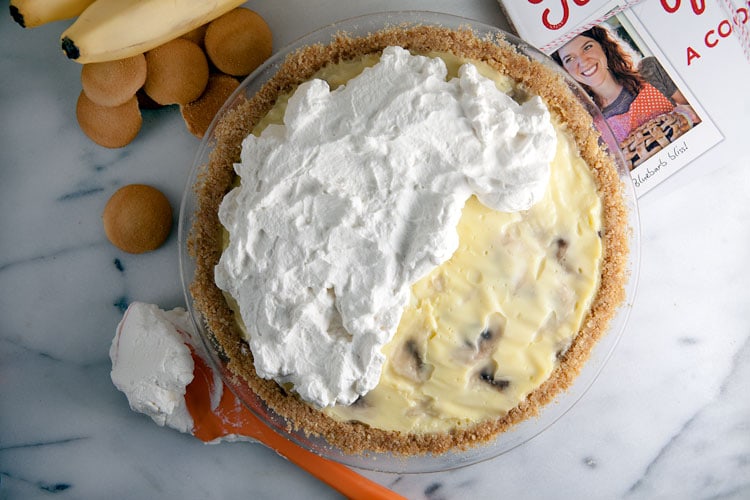 I had a really hard time deciding which pie I wanted to make first, but I was really drawn to her cream pie recipes. Chai Cream Pie? Yum. Earl Grey Cream Pie? Oh my. I ended up settling on her classic Banana Cream Pie. It’s my Dad’s favorite pie, so I brought it with me to Easter dinner.

From the first bite, it’s obvious that this pie is something special. The banana cream is made from scratch, and it’s lightyears away from pies made with boxed pudding mix. I was a little worried that it wouldn’t be banana-y enough, since I opted out of the optional banana extract, but it ended up being perfect. Honestly, I think the extract would have ruined it.

I also really loved the crust, which is made from crushed vanilla wafers. I haven’t had a vanilla wafer in ages, and I had completely forgotten how delicious they are. The crust gives the pie a banana pudding vibe and, now that I’ve tried it this way, I don’t think I can go back to banana cream pie made in a standard pastry crust. 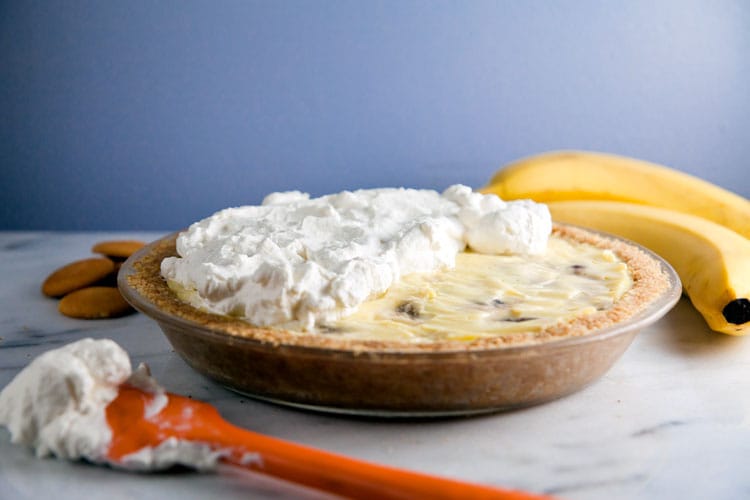 Want to win a copy of Teeny’s Tour of Pie for yourself? Enter using the form below!

Disclosure: I was given two copies of Teeny’s Tour of Pies – one for myself and one to give away – as well as a small assortment of baking supplies from Food Lion.