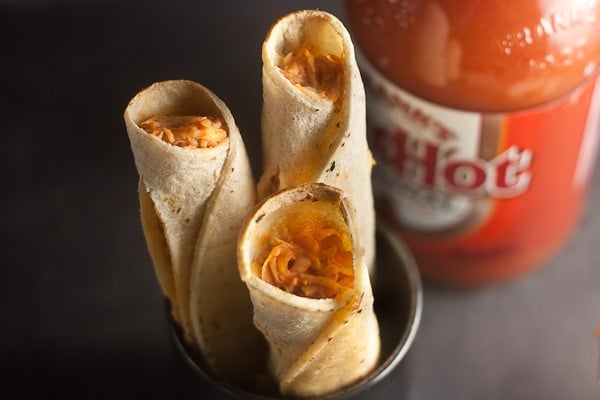 When we lived in DC, Shawn was obsessed with Taquitos from 7-11. You know the ones that sit there all day on the little rollers? Yeah, those. When I discovered how easy it was to make baked flautas, it was only a matter of time before I recreated his favorite version, stuffed full of spicy Buffalo Chicken. This was the result of trying to satisfy his craving.

I was always too sketched out to try the ones from 7-11 – I stuck with coffee or, if I happened to be at the one location genius enough to make them, Slurpees made with Crystal Light pink lemonade – so I didn’t have much of a guideline to work with but, if I do say so myself, these are pretty darn good. Shawn happily scarfed them down, so I think its safe to say they have his seal of approval too. 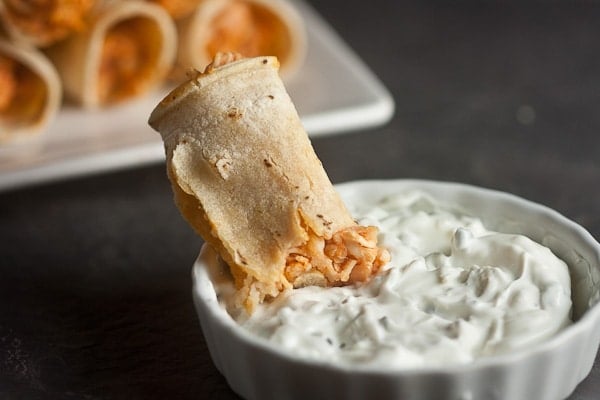 As I developed this recipe, I took some of the most popular requests from my flauta recipe into account – namely using chicken breasts instead of thighs and eliminating the beer. In order to balance out the drier cut of chicken and add some extra nutrients and fiber, I added mashed white beans to the filling. They have a mild flavor and you can’t tell they’re in there (Shawn had no idea!) but they keep the filling nice and moist.

I also used corn tortillas instead of flour. I love the flavor and the less delicate nature of the corn tortillas, but they were more difficult to work with. Moistening the dry tortillas and microwaving them for 30 seconds helps make them more pliable, but no matter how careful I was with them, they still had a tendency to split and crack. It meant that some of the Taquitos weren’t nearly as pretty as others; if you plan on serving these to guests, you might want to plan on making a few extra just in case (but the ugly ones were still delicious!) 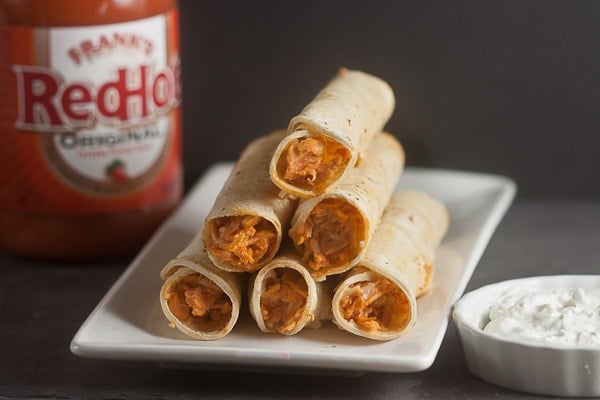 « How to Make Grilled Cheese on the Grill!
Vietnamese Summer Rolls with Sausage »