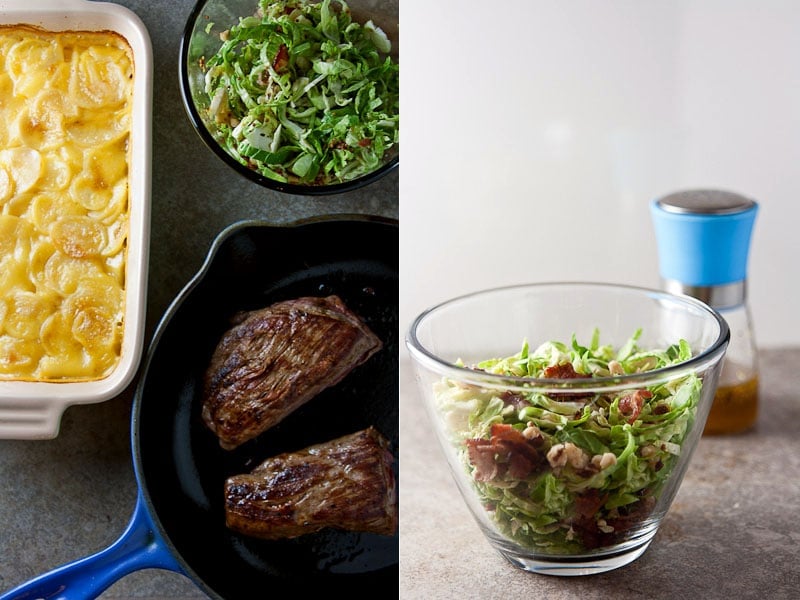 I’m back with more Brussels sprouts! I just can’t get enough – I can already tell that they’re going to be my favorite vegetable of the season this year (last fall, it was cauliflower). For this recipe, I prepared the sprouts as a raw salad tossed with bacon, hazelnuts, and a maple-dijon vinaigrette. Yum!

The first time I ever tried (or even heard of) eating brussels sprouts as a salad was last year when I reviewed the power foods cook book. (It’s still one of my favorites, you can see my review here.) Eating them raw might seem odd at first, but it totally works. They’ll be a little crunchy at first, but the vinegar in the dressing will help soften them up after a few minutes. In the end, the effect isn’t unlike coleslaw – which makes sense considering brussels sprouts are basically tiny cabbages. See? Not that weird. 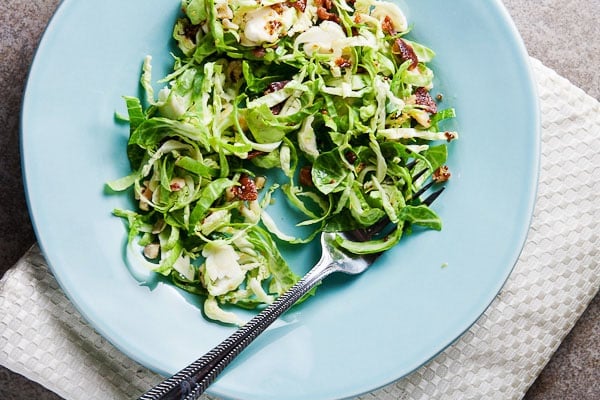 What is weird? The amount of time and effort that we put into trying to make this dinner happen. Somehow, we decided that the salad would go best paired with potatoes au gratin and slow roasted venison loin. Do you have any idea how difficult it is to find game meat right now? We went to two specialty butchers, the co-op, the farmers market, and the supermarket and came up empty handed. We couldn’t even find elk steaks, which would have been my second choice and which are generally pretty easy to find. So disappointing. We ended up “settling” for beef tenderloin, which I dusted with espresso powder and chipotle pepper and pan seared. It was delicious, but not quite what I had been craving.

Anyway, it doesn’t really matter because the salad stole the show. 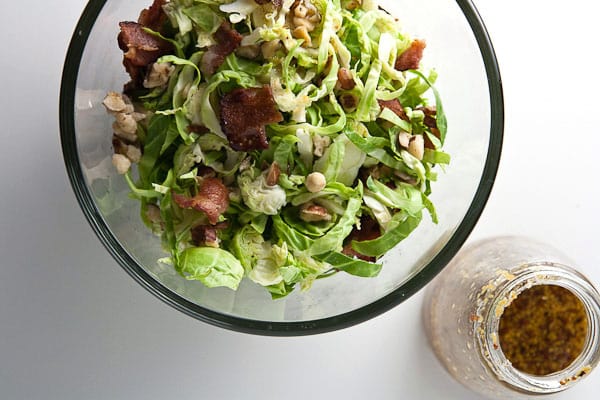