This week, the #SundaySupper group is sharing ways to use up Thanksgiving leftovers!

Shawn and I eat at my parents’ house so I don’t usually have leftovers to deal with. I wish that I did! I wouldn’t turn them into something else though – I’d just eat Thanksgiving dinner again and again until they were gone. Or at least until all that was left as turkey, which I’d throw into a big pot of soup or cassoulet. 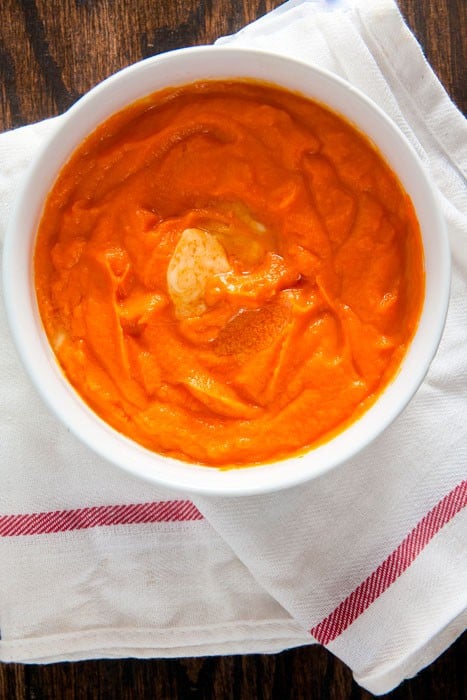 Ok, I’d do something with the carrots. They seem to be a staple at every holiday meal, but I don’t know if anyone actually eats them, so they’re usually left over in massive quantities. (Why would you when there are so many other amazing vegetables, like roast Brussels sprouts with cranberries, to choose from or when you can just fill up on stuffing?) They’re boring enough the first time around, but reheated? They’d probably just get shoved to the back of the fridge where I’d forget about them until trash night.

These whipped carrots are delicious enough to make in their own right, but if you have leftovers to start from you’re already halfway there! Just throw them into the blender with some coconut milk and whip them until they’re nice and smooth (it only takes a few seconds), then top them with sriracha butter that’s spicy enough to balance out the sweetness of the carrots without being super hot.

These whipped carrots definitely have an Asian influence, but they’re pretty versatile. Try them with roast chicken thighs (or leftover turkey) or a piece of grilled fish for an easy and healthy weeknight meal. 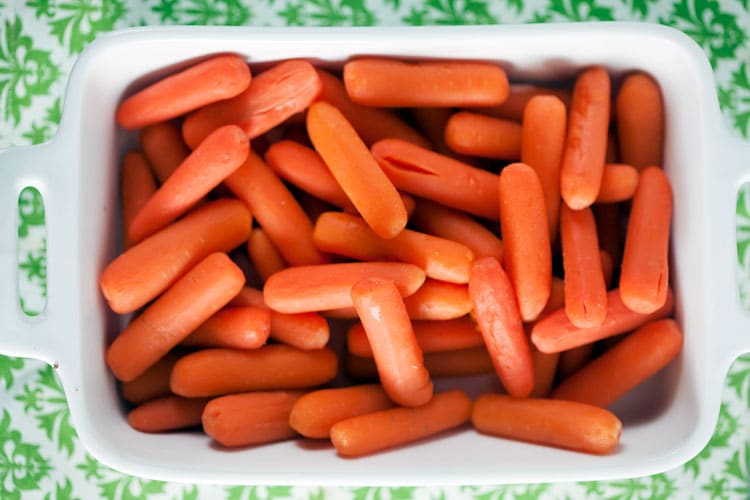