These tender banana cupcakes are made with coconut oil and cashew milk, so they’re completely dairy free. Top them with swirls of brown sugar buttercream for a crave-worthy treat! 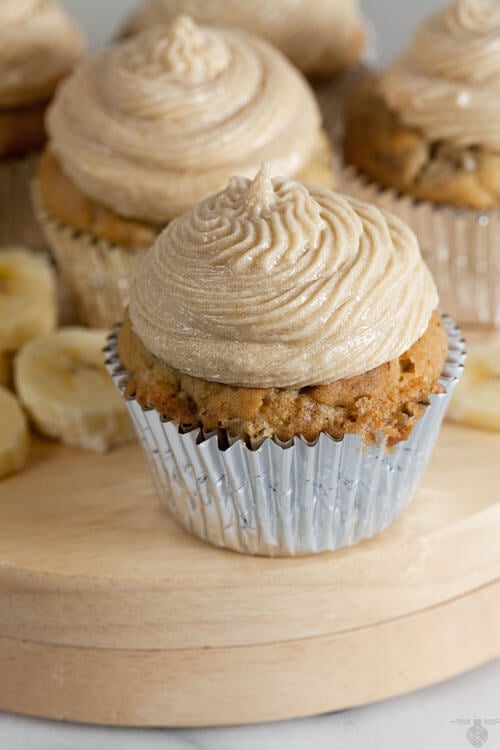 Do you ever get a craving that you just can’t shake? I’m not exaggerating when I say I’ve been craving banana cake since December. It came out of nowhere and just would. not. go. away. Of course every recipe for banana cake that I could find was incredibly rich and full of buttermilk, sour cream, and calories.

Of course every recipe for banana cake that I could find was incredibly rich and full of buttermilk, sour cream, and calories. Luckily, this cold weather that we’ve been having practically necessitates having cake in the oven, so I’ve been working on a lighter version of banana cake! These banana cupcakes are perfectly portioned and definitely hit the spot. 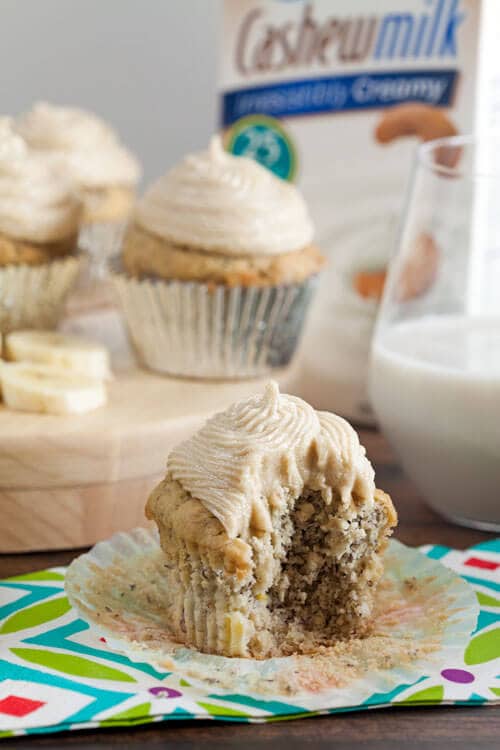 These banana cupcakes are definitely still a treat – they clock in at just under 300 calories a piece – but they’re a significant improvement over other banana cake recipes out there. To lighten them up (and make them dairy free!) I swapped the butter for coconut oil and the buttermilk for Silk cashew milk! Whipped egg whites add volume to the batter and keep it tender, so there’s no need for sour cream.

Then came the difficult decision of that to frost them with? I couldn’t decide between brown sugar buttercream, whipped mocha ganache, or peanut butter frosting. The crowd on facebook was just as indecisive as I was: the vote was just about tied between brown sugar and peanut butter. I ended up opting for a dairy-free version of the brown sugar buttercream that I originally used on my baked chocolate pumpkin donuts and I was very happy with my decision. They frosting is delicious, but doesn’t distract from the cake itself.

Enjoy your cupcake with a cold glass of Silk cashew milk! It’s a lot easier to find now than it was back when I first used it in my cashew-chai French toast casserole and I’ve been keeping it around because it’s awesome in coffee. It’s rich and creamy in a way that most other non-dairy milks aren’t. The creaminess reminds me of 2% milk, but the unsweetened version only has 25 calories per serving. it also makes a great swap for dairy milk in recipes like these cupcakes, raspberry oatmeal pancakes, or smoothies.

Sign up for the Silk newsletter for more recipe ideas! 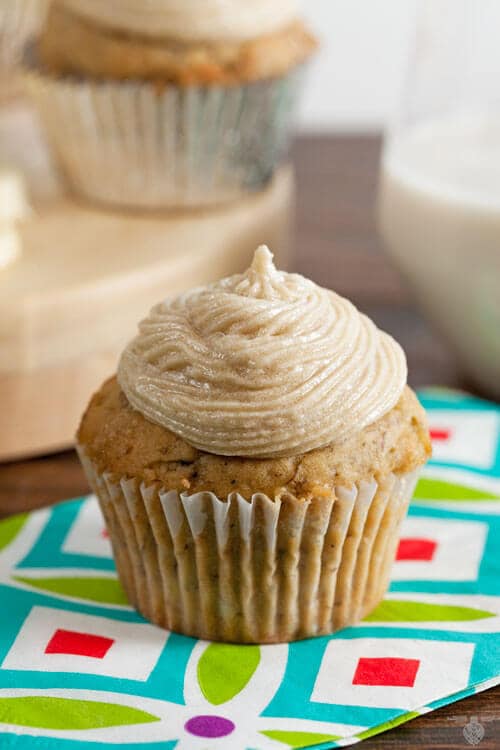 For the brown sugar buttercream