Lightened-up cashew-chai French toast casserole smells amazing and tastes (and smells!) incredible! Put it together the night before you want to bake it, making for a super easy morning – perfect for Christmas! 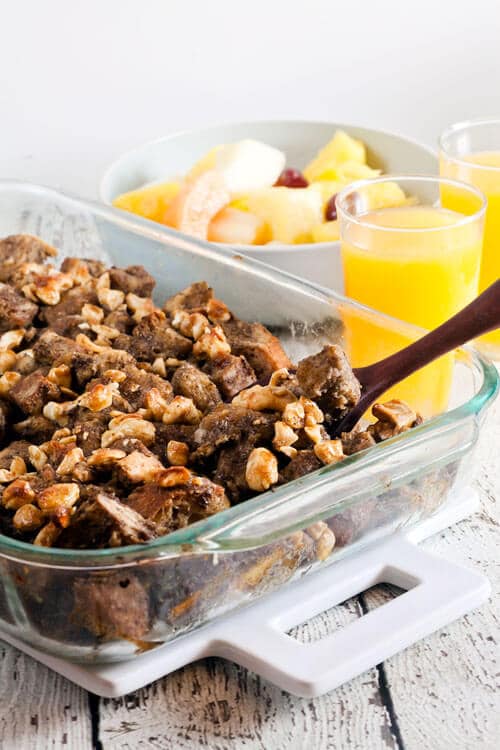 For the past few months, I’ve been seeing recipe after recipe using cashew milk. And I’ll admit it, I was jealous. Where were they all getting cashew milk that was cheap enough to drink? I’ve only ever known it to be part of a juice cleanse and those are definitely not affordable.

Finally, I found it, right there next to the coconut milk I buy every week: Silk cashew milk. I brought some home and took a tentative taste, not fully knowing what to expect. It was thick and creamy, and definitely tasted strongly of cashews. I bought the unsweetened version; with a little honey stirred in and cinnamon dusted over the top, it’s just as delicious as the cashew milk I was familiar with. 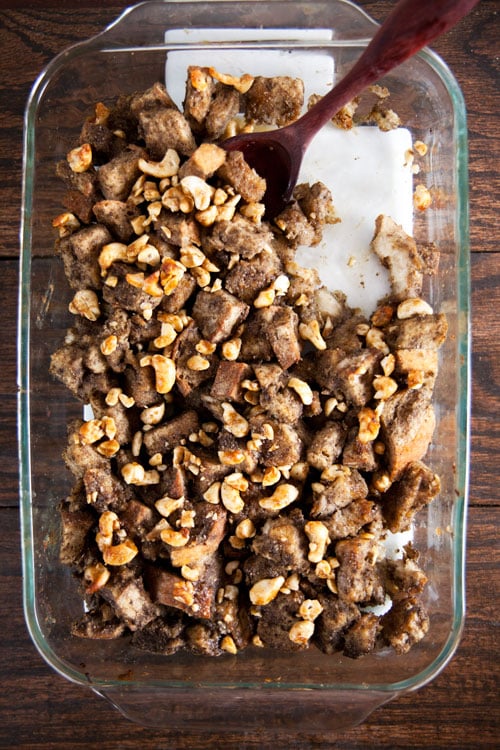 I scrapped the traditional custard and made one with cashew milk, bananas, and chia seeds. I cut way back on the sugar and used agave nectar instead of the corn syrup most recipes call for. Since I love warm spices with cashews, I infused the milk with chai and added lots of cinnamon and cardamom. (I think the cashew milk would also be delicious in my one-pot shrimp and udon bowls.)

My lightened up French toast casserole still has more calories than my typical breakfasts do, but it’s great for a special occasion! PS – I used regular butter, but if you use dairy-free butter the casserole would also be vegan. 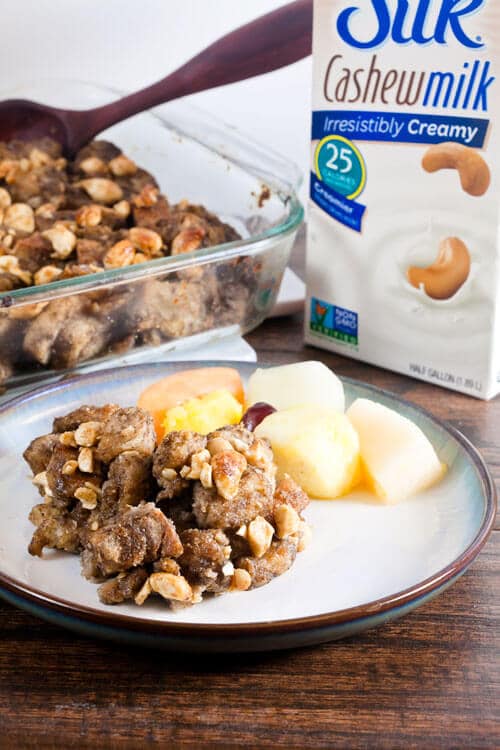 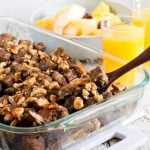 Nutrition Facts
Cashew-Chai French Toast Casserole
Amount Per Serving
Calories 450 Calories from Fat 153
% Daily Value*
Fat 17g26%
Cholesterol 12mg4%
Fiber 5.3g22%
Protein 10.1g20%
* Percent Daily Values are based on a 2000 calorie diet.
Tried this recipe?Mention @HealthyDelish or tag #HealthyDelish!
Are you interested in trying Silk Cashew milk for yourself? Be sure to sign up for their eNewsletter to get an instant coupon, then visit their facebook page and let them know what you think!