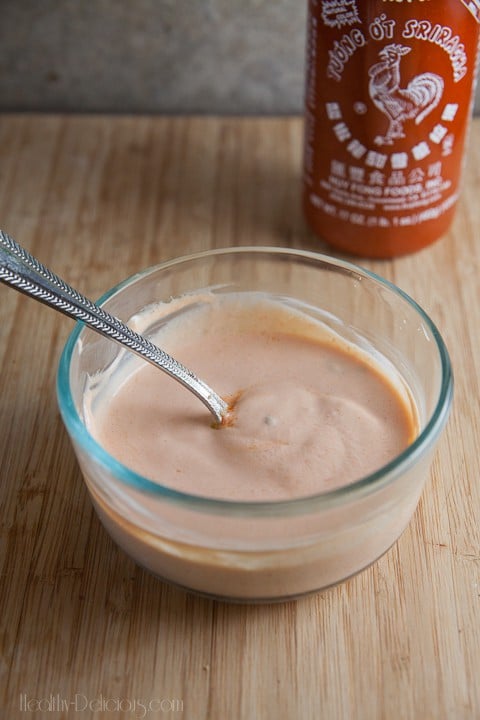 I might have a problem: I might be a little sriracha-obsessed. That bottle up there? I bought it last week and it’s already almond have gone. I’ve been finding ways to sneak it into things left and right. When I originally came up with the idea for this salad, I envisioned a creamy avocado-lime dressing. You see how that turned out, right? No avocado in sight; instead, I dressed it with a spicy mixture of yogurt, sriracha, and lime juice. And I don’t regret it for a second, because the dressing kind of made the salad.

The ingredient list for this recipe is a little long, but most of the ingredients are cheap. You probably even have a bunch of them in your fridge. They also each serve a purpose: The cabbage provides a backdrop for the rest of the ingredients. The  cucumber and spouts add watery crispness. The snow peas (which were one of my favorite aspects of the salad) give it a vegetal bite. The cashews give it crunch. The cilantro and onion give it freshness. And the carrot gives it color. It’s the one ingredient that could probably be sacrificed in terms of flavor, but you’d be left with an awfully green entrée.

We both loved this. I’ll admit that I was a little hesitant at first but it kept growing on me the more I ate. Shawn enthusiastically described it as being “very vegetable-y, but good. And when you get something that’s not a vegetable, like salmon or dressing, it’s really good!” He also asked me to keep the leftovers, saying that he’d eat them for lunch the next day. Considering 1) he’s not a leftovers kind of guy, and 2) it was a salad, I’d consider this recipe a keeper! 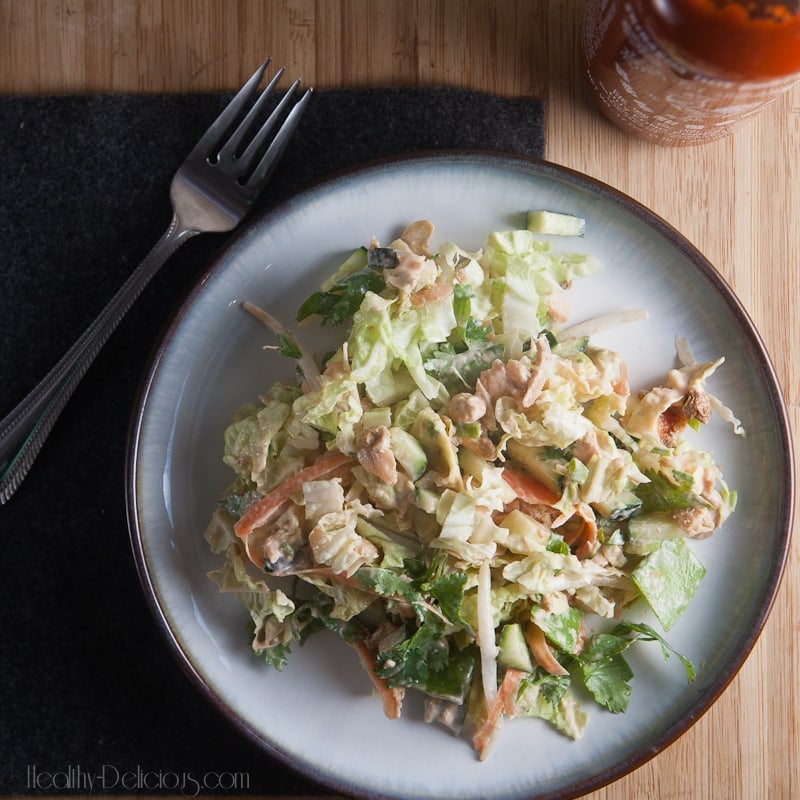 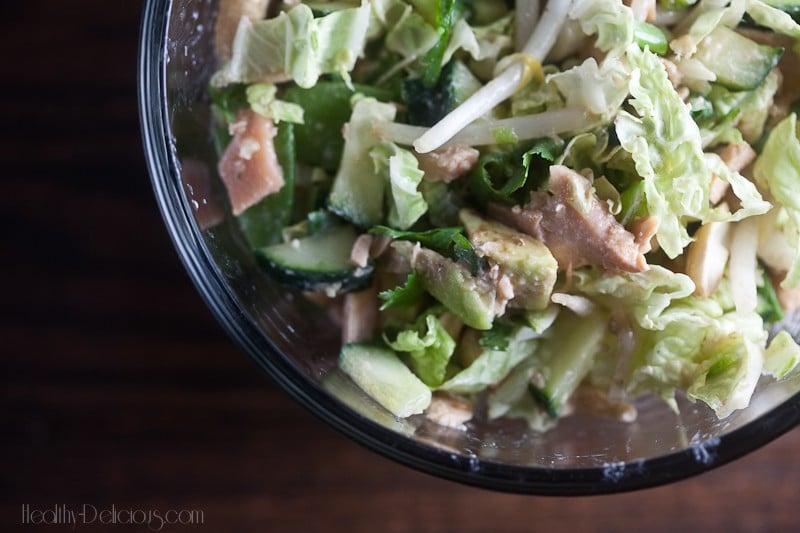 I’m submitting this to February Food of the Month: Salad!