Easy 5-ingredient chicken and hummus flautas put a healthy spin on a favorite recipe. These flautas bake up perfectly crisp in the oven and are ready in just about 30 minutes! 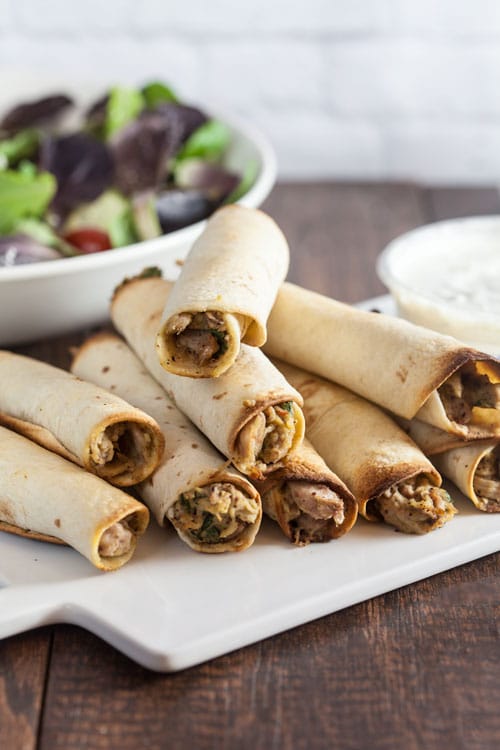 As I was cleaning out the fridge this weekend, I found a package of chicken thighs that needed to either get cooked or be frozen. To me, that meant one thing – we’re eating chicken flautas this week!

I’m a huge fan of flautas. You can stuff them with anything from www.healthy-delicious.com/baked-breakfast-taquitos/”>Buffalo chicken to scrambled eggs and they’re always a huge hit. This time, I decided to try something new and use hummus instead of cheese to add creaminess to my filling. I wasn’t sure if it would work, but I’m thrilled with how they came out!

These crispy baked chicken and hummus flautas are easy enough for a weeknight dinner (serve them with a big Greek salad), but they’d also be fun for New Year’s Eve snacking or even for your Superbowl party. They’re so, so good – you might want to double the recipe, because they’ll go fast. 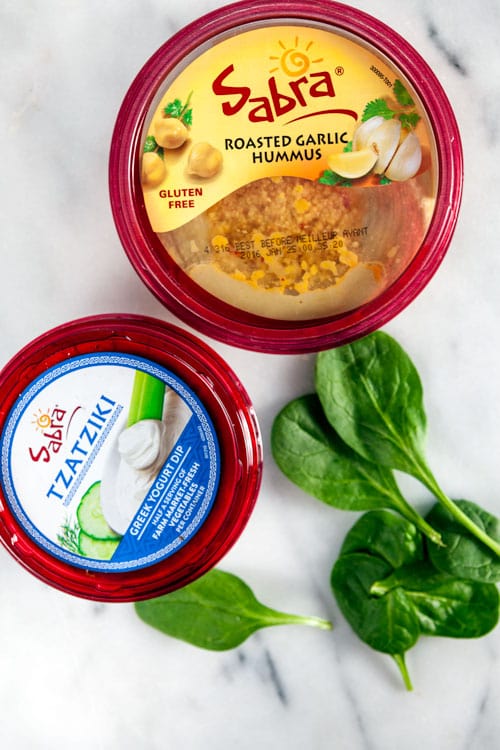 Since I already had weekend dinner plans, I poached and shredded the chicken, then stuck it in the fridge for an easy weeknight meal. I mixed in some finely chopped baby spinach and seasoned it with salt, pepper, and za’atar, a Middle Eastern spice blend that I love. (If you don’t have za’atar, you can also substitute oregano and cumin.) I wanted to keep this recipe simple so I reached for one of the most flavorful varieties of hummus in my fridge – Sabra’s roasted garlic. It added TONS of flavors to my flautas, without a lot of effort. Then, I rolled everything up in flour tortillas and baked them until they were perfectly crisp. They’re delicious on their own, but even better dunked into a little tzatziki.

Hummus in flautas might seem strange at first, since most people think of it mainly as a dip. Once you think about it though, it makes total sense. After all, hummus is made from pureed chickpeas, which are a type of bean. And beans in flautas is completely normal. Since hummus comes in so many flavors, it makes a great shortcut in recipes like this one, plus it’s creamy texture means you won’t even notice that these flautas don’t contain any cheese. 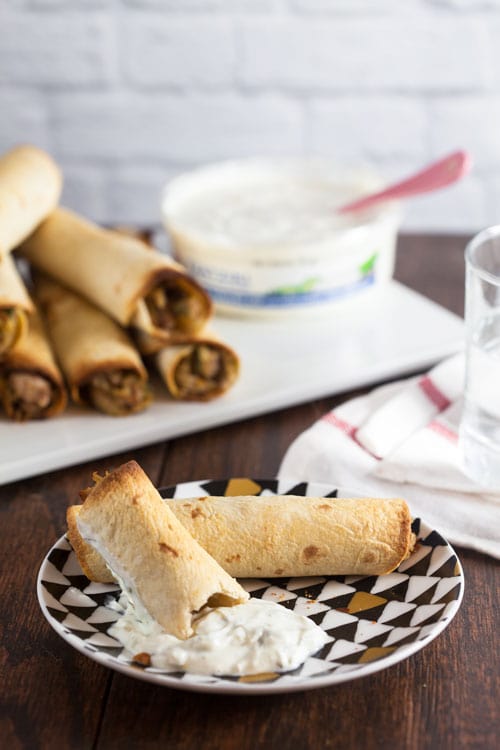 I created this recipe for my client, Sabra. As a Sabra Tastemaker, I’ll be sharing recipes featuring their products throughout the year. As always, thank you for supporting the brands that keep me inspired in the kitchen! 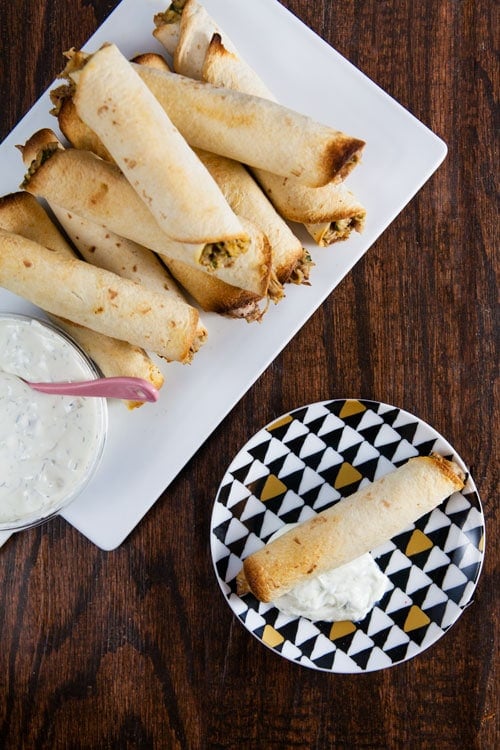