These mini vegetable breakfast pizzas are loaded with toppings – from red bell peppers to butternut squash. And, of course, they’re topped with loads of GO VEGGIE cheese, so they’re lactose-free!

I created this recipe for my client, GO VEGGIE. Thank you for supporting the brands that keep me inspired in the kitchen. 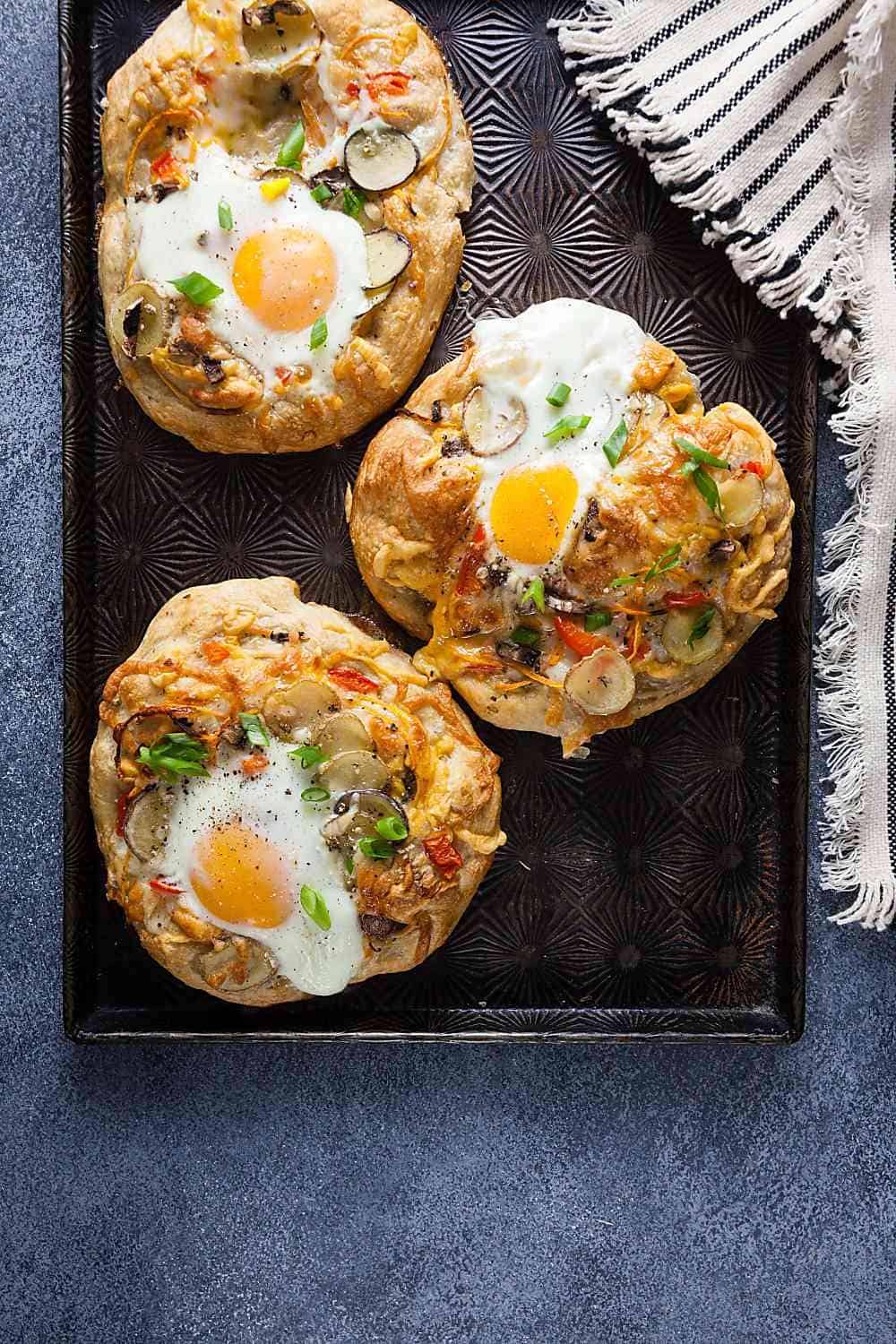 I made these mini vegetable breakfast pizzas for dinner the other night and I can’t stop thinking about them. They were so good!

Breakfast pizzas are usually loaded with meat like bacon or sausage. When you’re lucky enough to find a vegetarian version, it’s almost always loaded with spinach. Spinach is great, but something you just want something a little different, you know?

To be honest, this vegetable breakfast pizza recipe was a clean-out-the-fridge situation. I was loosely inspired by the idea of toppings inspired by Potatoes O’Brien, but in the end, I didn’t have a real plan and I

wasn’t sure what to expect. I threw on a little bit of this and a little bit of that. Some mushrooms. Some spiralized butternut squash. Italian seasoning. Not one but two kinds of GO VEGGIE lactose-free cheese.

It’s hard to go wrong with homemade pizza – there’s just something about freshly baked pizza crust – but these were exceptionally delicious. 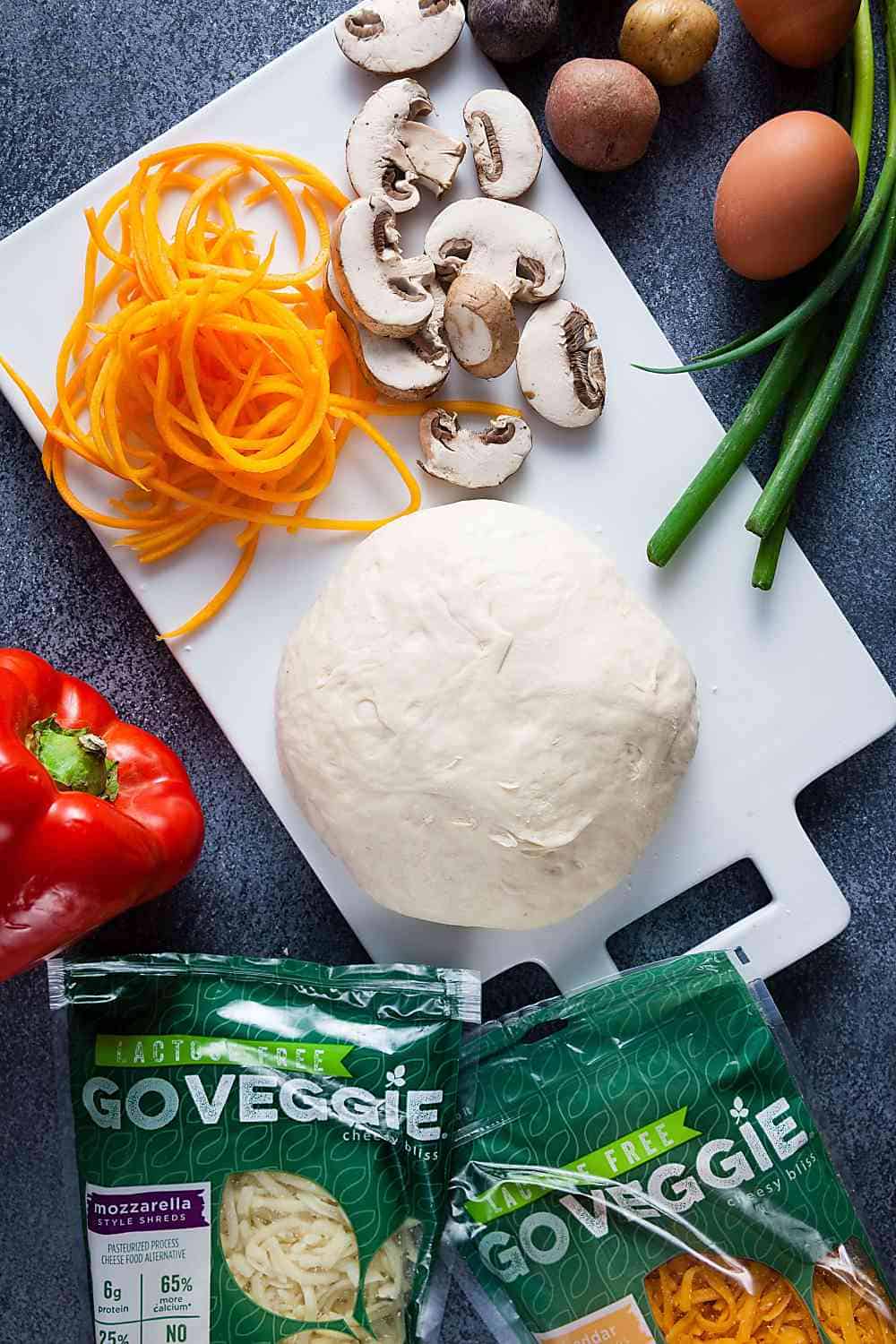 I prefer making mini pizzas instead of full-sized pies when eggs are involved. It eliminates the risk of having to cut through an egg (and the dilemma of who gets which part), plus everyone can customize their own toppings. You can even go crazy and add an extra egg to your pizza  – or leave it off completely if that’s how you roll.

I also like baking pizzas in a really hot oven – usually 450F. It helps the pizza dough get golden brown and crispy with big air bubbles.

I didn’t think tomato sauce would go well with the vegetables I used on these pizzas, so I skipped it and just brushed the dough with olive oil before piling on GO VEGGIE mozzarella and cheddar. Since GO VEGGIE melts just like regular cheese, it forms a nice, gooey base that helps all of those toppings stay on. (I also sprinkled a little more cheese over the top to weigh them down.) 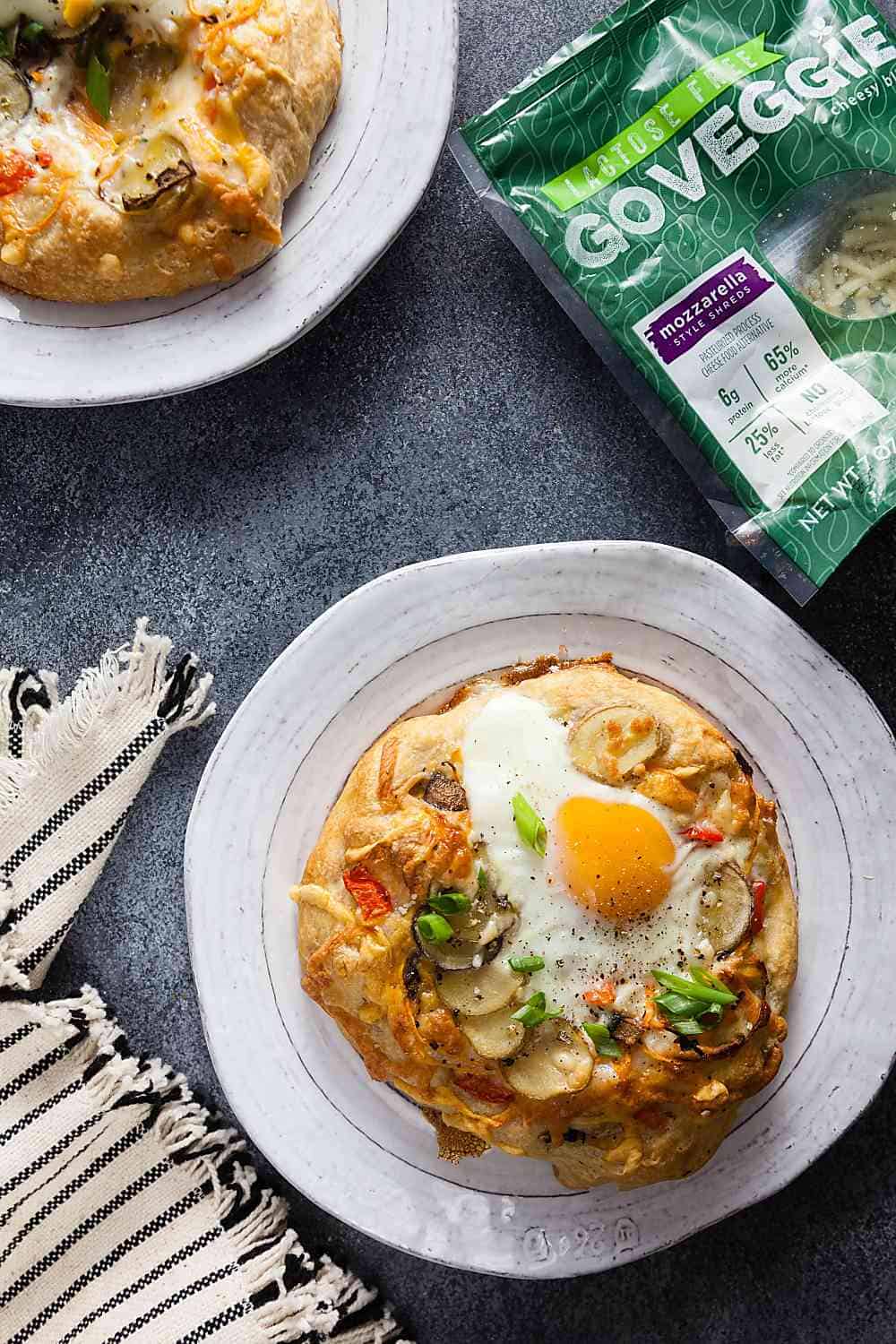