Golabki, or Polish stuffed cabbage rolls, feature mildly spiced meat rolled into cabbage and baked in a mild tomato sauce. Most recipes call for adding rice to the filling, but I love the nutty flavor and chewy texture of barley. I also use a combination of beef and pork for extra flavor. 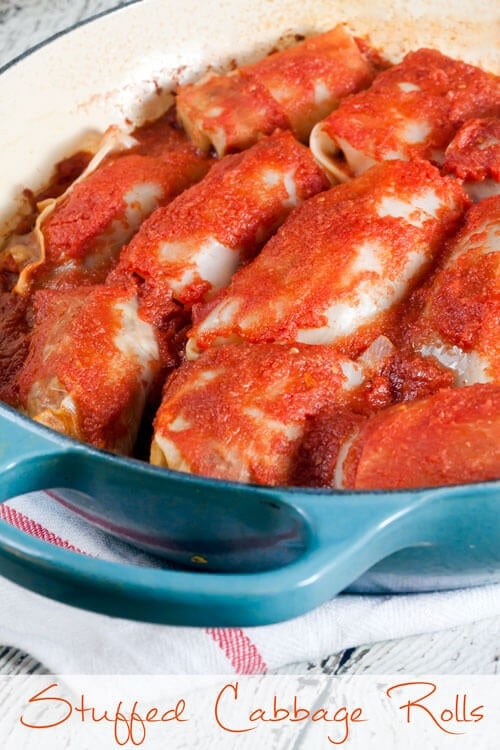 I’m calling it now: Eastern European food is going to gain popularity in 2015.

I know it doesn’t appear on any of the major food trend prediction lists, but whatever. Think about it: Asian food is getting tired and it’s time to move on to a new continent. Home cooks are getting more and more used to things like pickling, brining, and fermenting. It’s about time for comfort food to make a comeback. Plus, I’ve been craving mushroom strogonoff and pierogi and golabki like a mad-woman.

Stuffed cabbage definitely isn’t something I grew up eating. I don’t remember my Mom making it… well, ever. And the first time I heard the word “golabki” was after Shawn and I started dating, when we went to a bazar at the Polish church down the street from his house. I’d be honest: I thought they concept sounded totally gross (I’m pretty sure I watched him eat them while I enjoyed a funnel cake.)

Now, I love them and I can’t believe I missed out for all those years! Golabki are basically just meatballs that are wrapped in cabbage leaves and baked in a very mild tomato sauce. They aren’t strong or super cabbagey at all, they’re really mild and balanced. Stuffed cabbage rolls are just the kind of comfort food that I crave this time to year.

They do take a while to make (I like to thinking of making them as a good excuse to spend a Sunday afternoon at home) but they freeze really well, so I like to make a big batch. This recipe makes 12 servings, which will last us all year.

If you run out of cabbage and have extra filling – or if you’re just feeling a little lazy – you can also make stuffed cabbage meatballs! Instead of rolling the filling into cabbage leaves, shred the cabbage and mix it right into the filling. They’re every bit as delicious as the rolls! 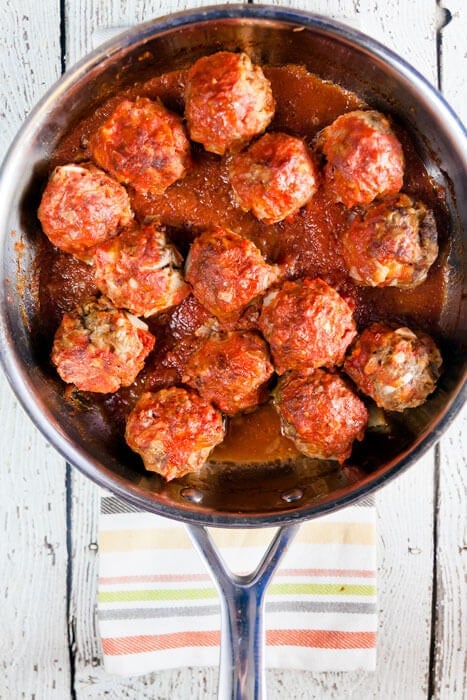