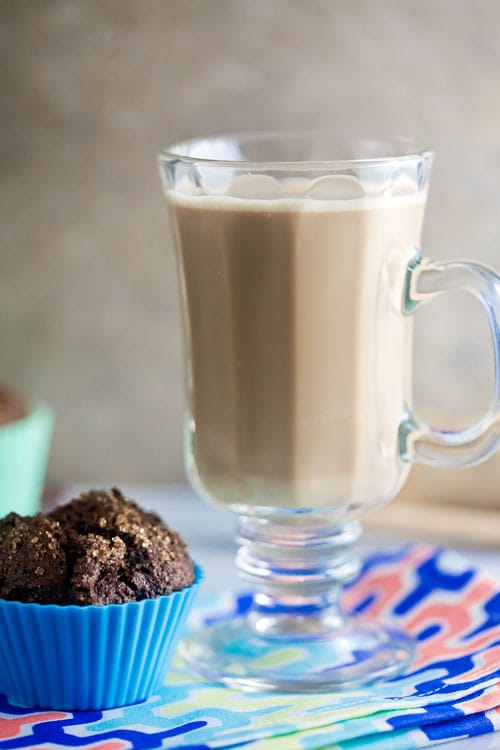 Fresh ginger gives this latte a subtly spicy, warm flavor (a little bit like chai) and the honey adds the perfect touch of sweetness. To make it, start by infusing milk with fresh ginger. The easiest way to do t to peel a nub of ginger (about the size of the tip of your thumb) and cut it into coins that you soak in the milk for about 10 minutes. Then, add honey and bring it to a gentle simmer to warm it up. I like to use wild, raw honey with has a deep, moody flavor and isn’t quite as sweet as clover honey.

Then, you add the flavored milk to your espresso. I recently received one of the new Nespresso VertuoLine machines, and I love using the Altissio espresso for this drink. It’s intense enough to stand up to all of the milk in the latte, but not so strong that it masks the flavor of the honey. 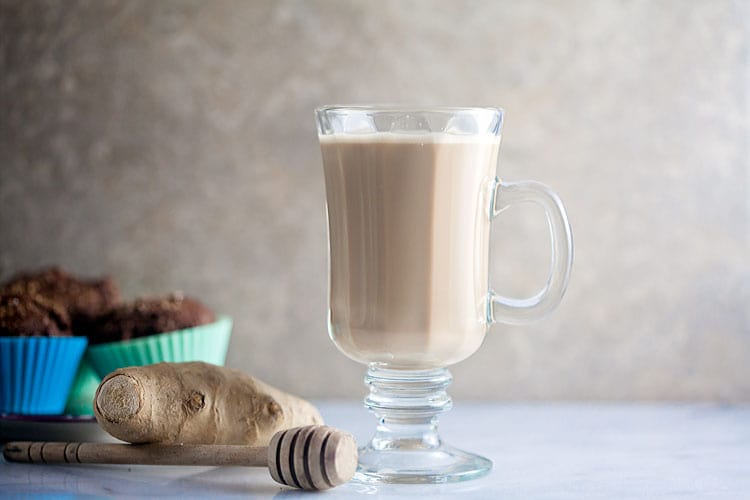 After hearing a few of my friends rave about the VertuoLine over the past few months, I couldn’t resist when offered one to review. I’ve been using it for the past month, and I’m completely in love.

The machine is small, so it doesn’t take up a ton of counter space, and it’s the first Nespresso machine that makes regular coffee in addition to espresso. The coffee and espresso are both delicious – rich, full of body, and not too bitter. They’re also both topped with a magical layer of crema (the light-colored layer of “froth” formed when the oils from the coffee beans combine emulsify under pressure. When I used to work in a coffee shop, pulling a shot of espresso with the perfect layer of crema was the death of me. This machine makes it a no-brainer.)

The machine is really straight-forward to use – just pop in the pod, push the lever to the side, and hit the brew button. In about 15 seconds, your coffee will be ready – this thing is fast! The used pods fall into a container on the side of the machine where they’ll collect until you’re ready to recycle them.

There are also a few adjustments you can make. My favorite is the “top off” feature, which lets you brew a little more coffee than the normal amount. I’ve been buying stronger roasts and using this feature to fill a larger, travel-sized cup instead of using two pods for my morning coffee.

The only downside is those darn pods. At 95-cents for a coffee pod (and 75-cents for an espresso pod) they’re definitely more expensive than other single-serve coffee systems. (UPDATE: I’m told you can also buy the capsules at Nespresso flagship stores and select retailers. You can find retail locations via this link.)  I also wasn’t a fan of the flavored coffees – both hazelnut and vanilla versions are available, but I found both to be slightly bitter and the flavors didn’t come through strongly enough. 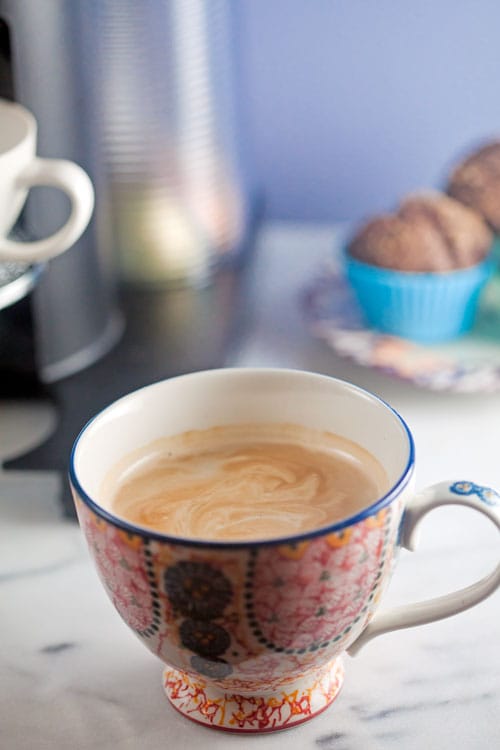 
Disclosure: I received a Nespresso VertuoLine to review, but was not compensated in any other way. All opinions are my own.
Pin
Share
Tweet
Share
1107Shares