Homemade sous vide egg bites are just as delicious as the Starbucks version at a fraction of the cost! This zucchini, red pepper, and feta egg bite recipe is low carb, gluten-free, and perfect for meal prep. 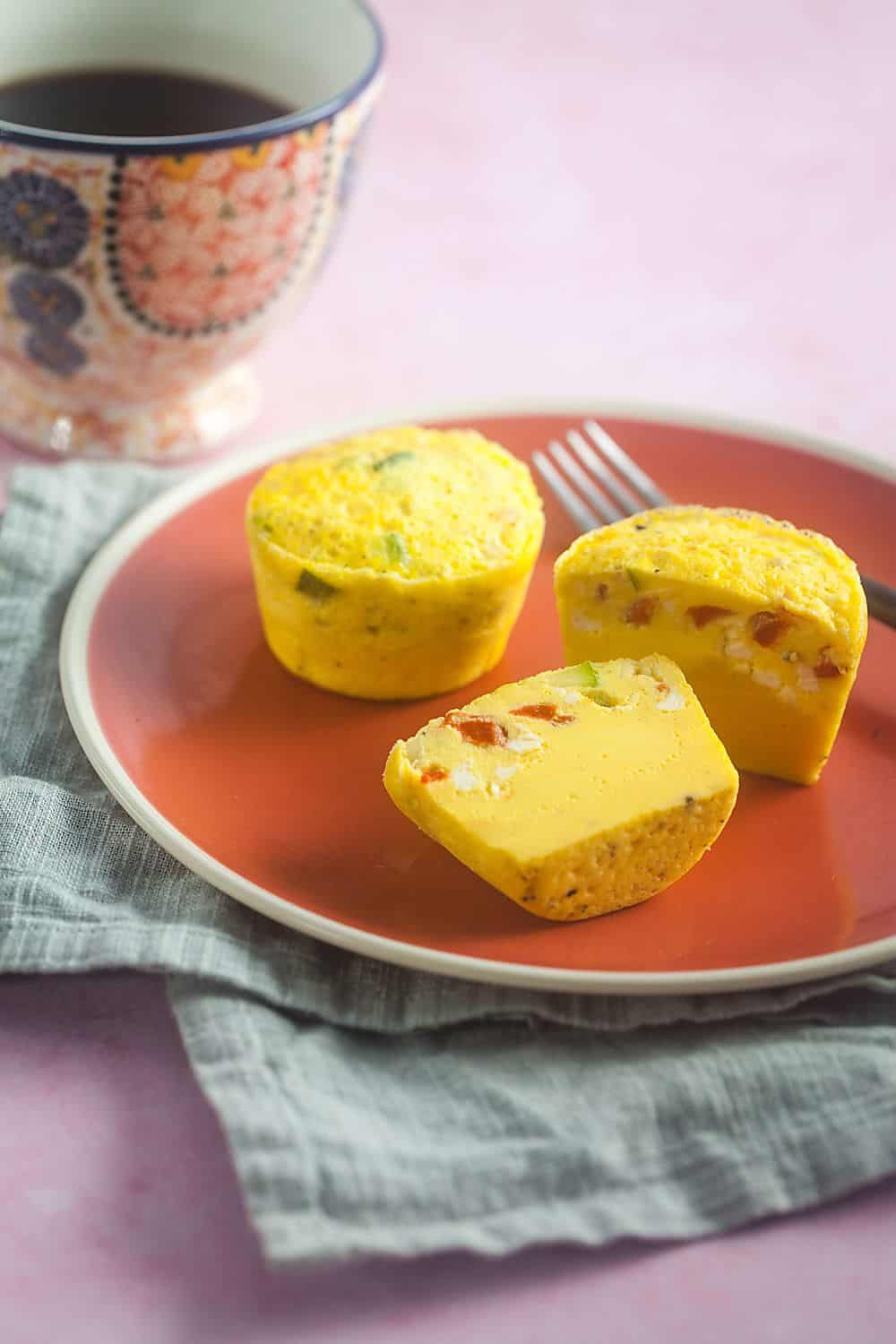 I’m late to the party when it comes to Starbucks sous vide egg bites, but I’ve been making up for lost time the summer. I knew that people loved them, but I didn’t understand the appeal. I don’t usually get food at Starbucks and I assumed they were just a fancy version of egg cups.

Then I tried them.

And I basically lost my mind.

I was hooked from the very first bite. 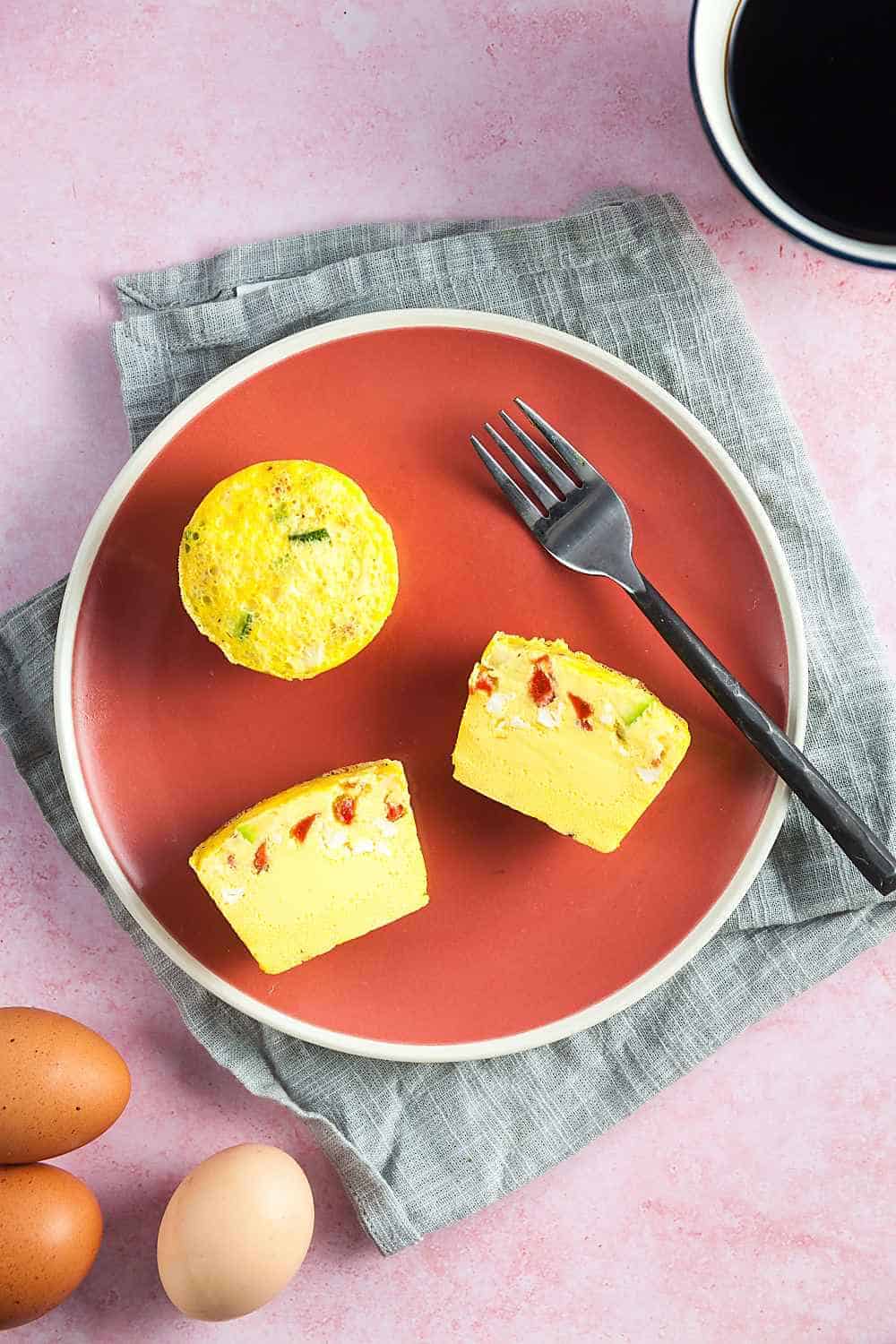 Sous vide egg bites might look like egg cups, but they’re an entirely different experience. They’re light and fluffy with a creamy, custardy texture that’s like the best slow scrambled eggs you’ve ever eaten – but better.

And you can add all sorts of fun mix-ins to them to make them even more exciting! At Starbucks, I usually stick to the bacon and gruyere. At home, I keep things on the lighter side by sticking with vegetables. I especially love this sous vide egg bites recipe with its combination of zucchini, roasted red pepper, and feta.

These are great straight from the oven, but they’re also perfect for meal prepping for easy make-ahead breakfasts. Store them in the refrigerator and then pop one into the microwave for about 45 seconds when you’re ready to eat. 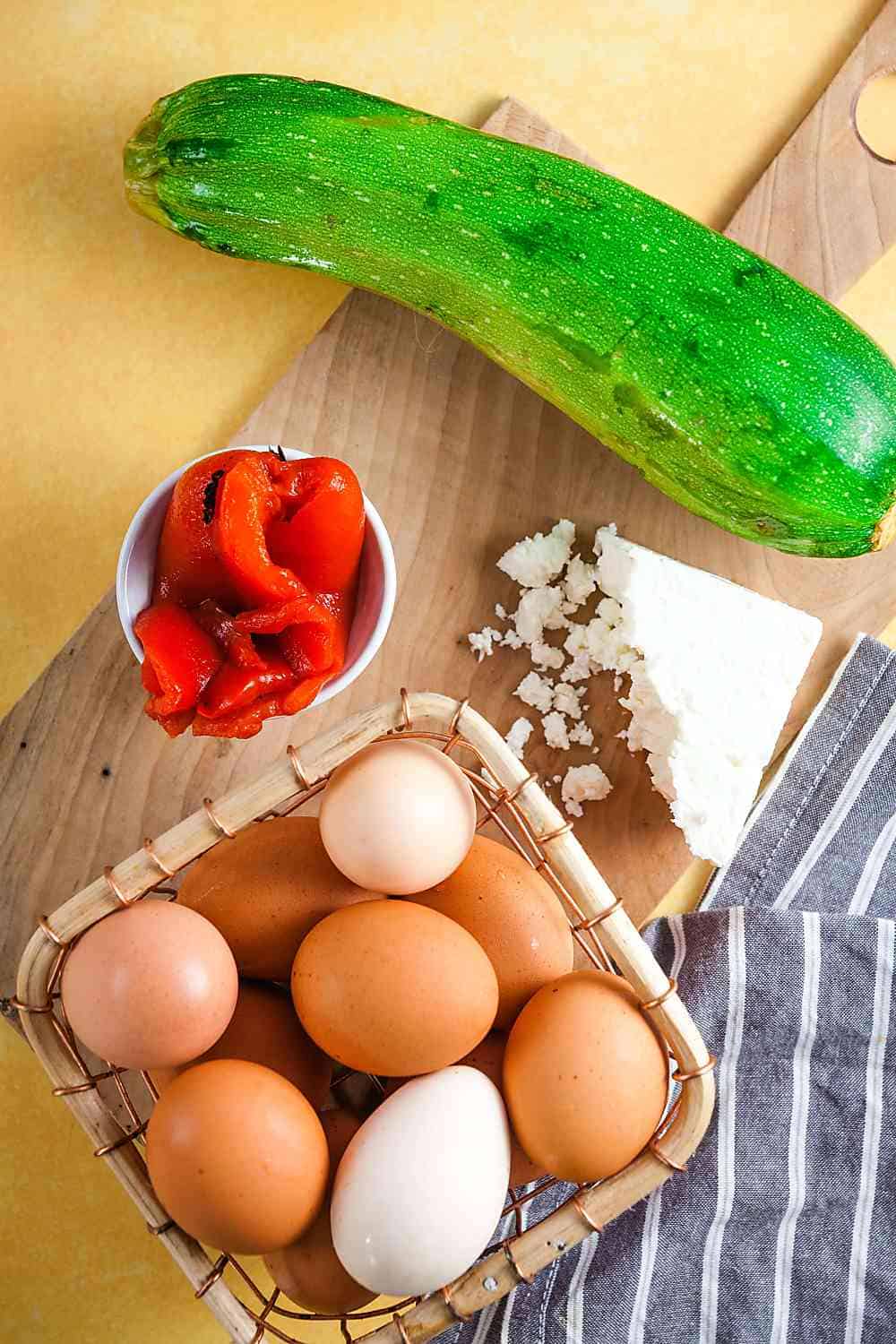 What can I put in sous vide egg bites?

I’ll share the recipe for these Mediterranian-inspired zucchini, red pepper, and feta bites, but the sky’s the limit! There’s definitely room to get creative here.

I love sticking with sharp, flavorful cheeses like feta, cheddar, or Monterey jack since a little goes a long way. You can also leave the cheese out entirely. Try making egg bites with just sausage and broccoli or crumbled chorizo, baby spinach, and tomato. If you’re using meat, you just want to cook it and let it cool before adding it to the egg mixture.

Do I need any special tools to make sous vide egg bites at home?

You’ll need something to cook the egg bites in so that they keep their cute little single-serving shape. You can buy dedicated egg bite molds, but I bet you already have something in your kitchen that will work without the need to buy any special equipment.

Silicon muffin tins are a great option since the eggs pop right out with next to no effort. You can also use small (4-ounce) mason jars, which are handy since they also work as a storage vessel. I’ve also had great luck using a well-greased popover pan, which is what I used for the bites in these photos.

Whatever you use, you’ll also need a roasting pan large enough to hold it. Cooking sous vide means you cook food slowly and gently in temperature-controlled water. Generally, you’d do this by sealing the food in plastic and using an immersion circulator to keep the water at a constant temperature. We’re not doing that. Instead, you’ll bake the egg bites in a water bath, like you would do for a cheesecake. The oven keeps the water at a constant temperature and cooks the eggs gently.

Can I make sous vide egg bites in the oven?

Yes! There are a ton of recipes for sous vide egg bites that are made in the Instant Pot. Those are great, but I love making them in the oven for a few reasons.

First, you can make more at once. Second, there are more options for molds. You can try, but there’s no way to fit a muffin tin or popover pan in a pressure cooker! Which means you’re limited to specially designed single-purpose pans or mason jars (which make me nervous under pressure).

As I mentioned above, this recipe cooks slowly in a water bath to replicate that creamy sous vide texture. To make them, start by filling your muffins tins/mason jars/egg mold/popover pan a third of the way with your favorite mix-ins. Then, combine eggs and cottage cheese in a blender and process until they’re light and fluffy. Pour the egg mixture over the toppings and wrap everything tightly with foil or parchment so the steam doesn’t escape. Bake in a water bath for 1 hour, or until set. 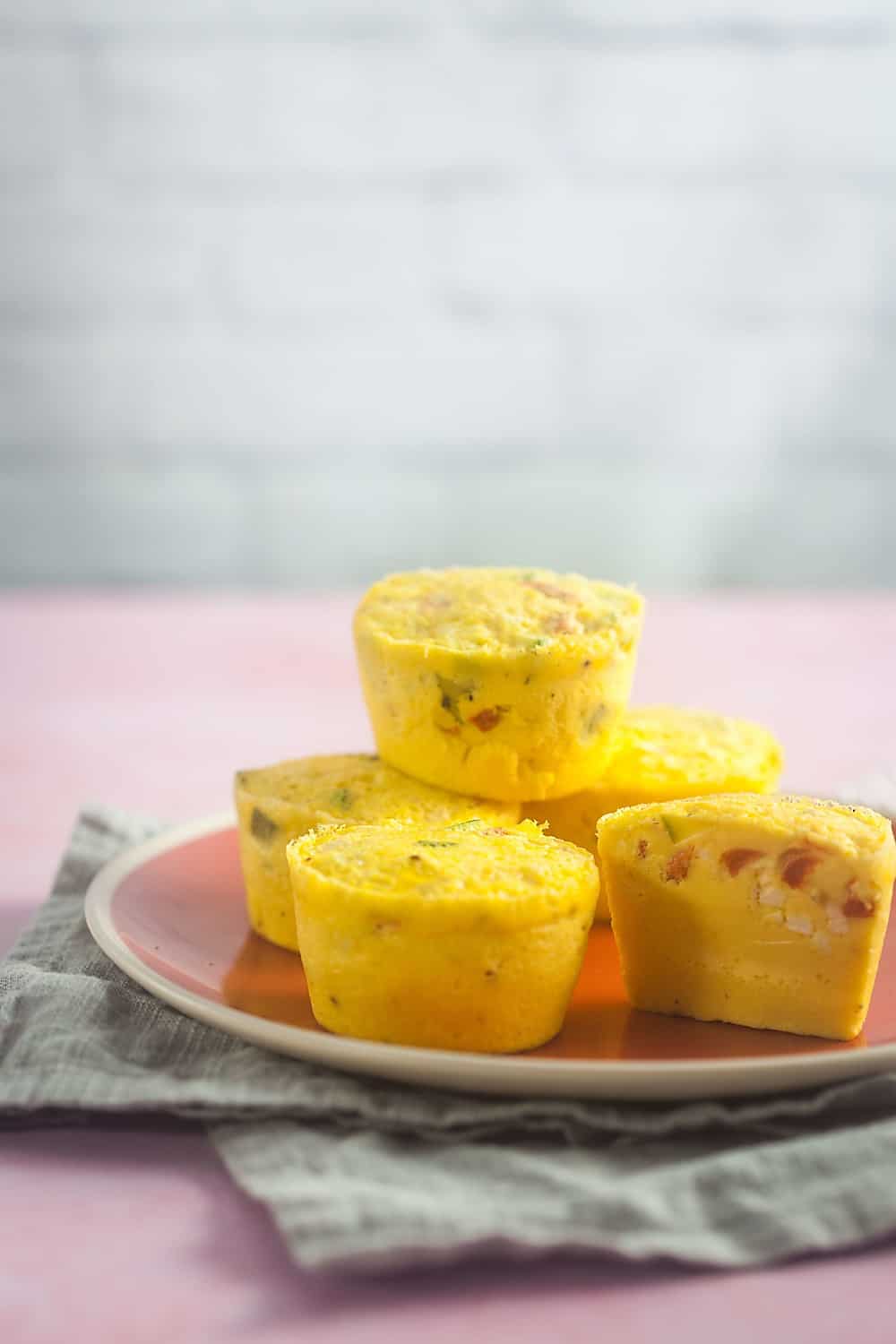