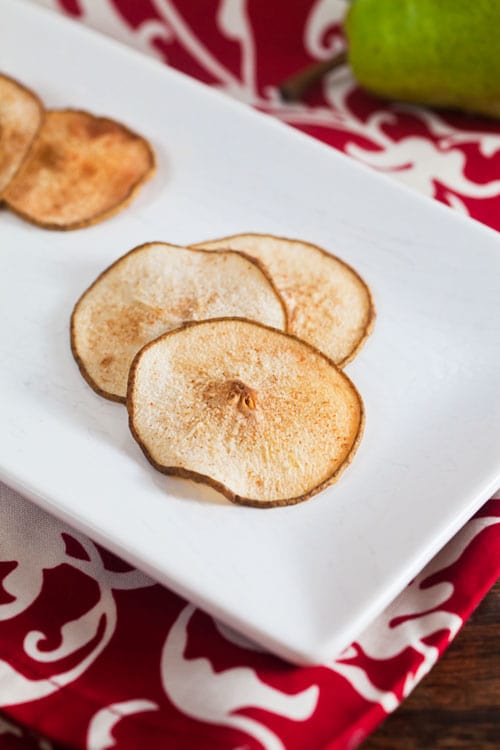 When I saw that the theme of this month’s Recipe Redux was dehydrating, I had to laugh. I actually tried to dehydrate something (cherry and beet fruit leather) for last month’s lunchbox challenge. After several attempts that failed miserably, I gave up and went a different route instead (if you haven’t made those earl grey granola bars yet, what are you waiting for? They’re incredible!)

I considered giving fruit leather another try, but ended up deciding it was just way too much work for something that didn’t even end up tasting that great. These pear chips are more my speed! It only takes a minute or two to prep them, and they only take about an hour in the oven.

I sprinkled them with cinnamon, ginger, and a pinch of cayenne pepper. You can leave the cayenne out if you want, but I loved the subtle kick that it gives them. 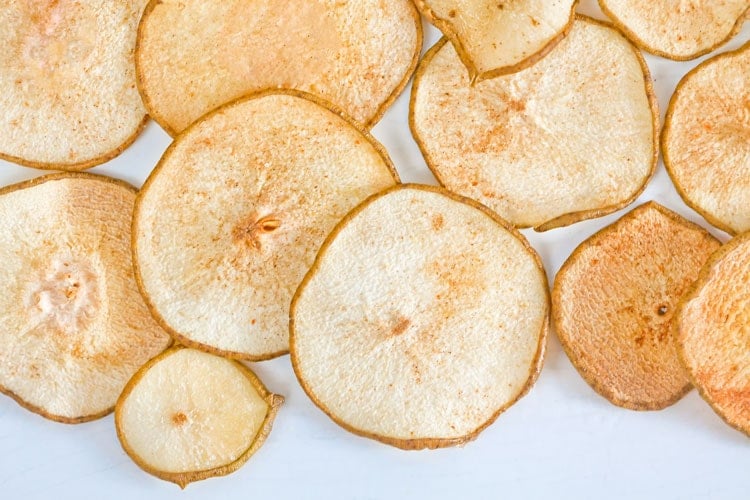