Pepperoni pizza stuffed peppers are a hit with the whole family and can be on the table in about an hour! 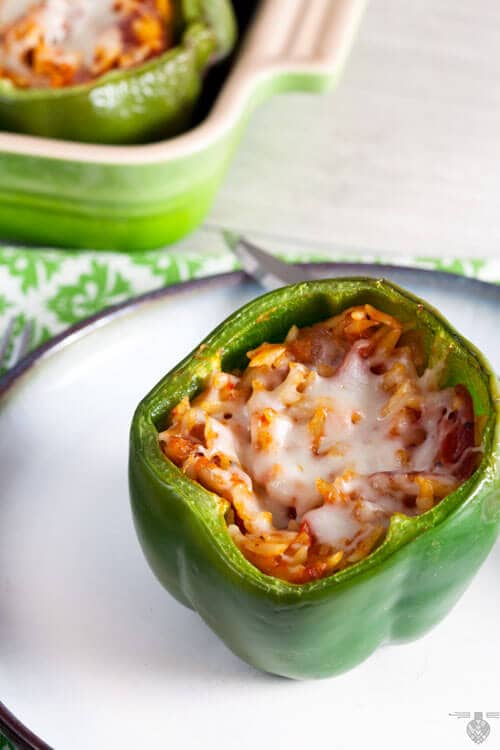 I remember having a crab stuffed pepper at my grandparents house that I loved.  I was probably 5 or 6 at the time. After that, I would always insist that I liked stuffed peppers, but whenever I had one I would be disappointed – they were always heavy and meaty and the pepper itself didn’t seem to make sense flavor-wise.  But I finally found another stuffed pepper that I like: pepperoni pizza stuffed peppers! This pepper isn’t like those other ones. The bulk of the filling is orzo, which is mixed with pasta sauce, cheese, and your favorite pizza toppings. They’re not nearly as dense as  traditional stuffed peppers, and using fresh ingredients keeps the flavors light. 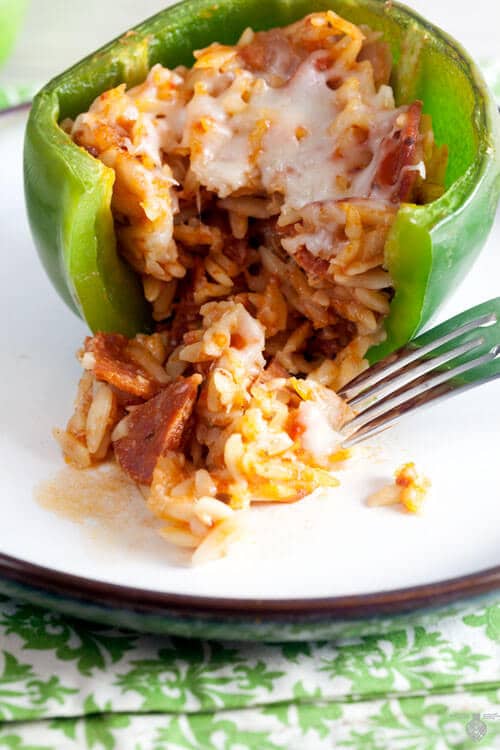 I really like peppers as a pizza topping, so the pepper itself actually compliments the flavor of the stuffing. One of my favorite topping combinations is pepperoni and peppers, so I decided to go with that theme this time. They’re also great with sausage, mushrooms, and sauteed onions in the filling. Really, you can use whatever you typically like on your pizza – just keep the meat to about 1/4 of the volume of the filling or less so you don’t end up with a heavy, greasy pepper. 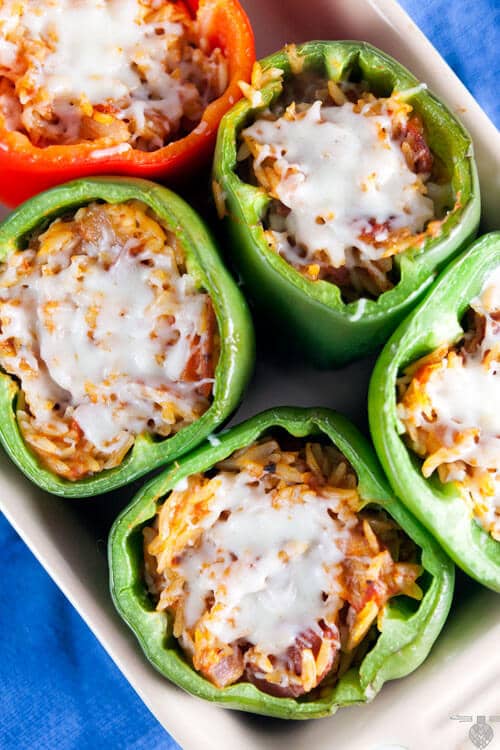 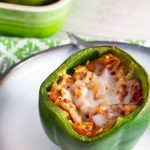