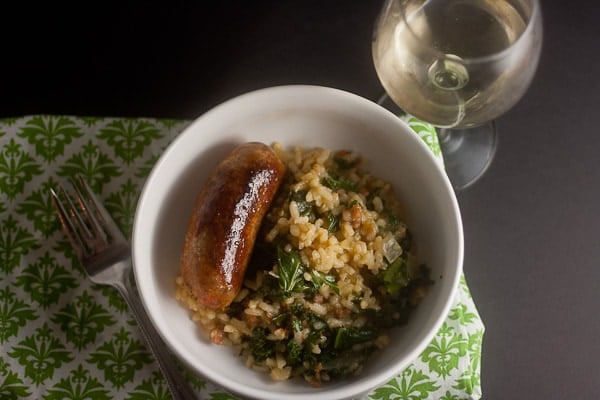 The man who works in the parking garage near my office was in a particularly bad mood this morning. I can’t say that I blamed him. Saturday’s warm sun had gone away, and cold rain settled in. The air was heavy and damp and everything looked gloomy. As he watched person after person head into their toasty warm offices filled with friendly colleagues, he was stuck sitting alone in his little booth (that is, until he had to come out in the rain to deal with my permit issues). On top of all that, it was Monday. I wished that had some of this hearty sausage and kale risotto to share with him – with it’s stick-to-your-ribs warmth, it would have been sure to cheer him up. I could have used some myself.

I have a ton of risotto recipes – a quick search shows that I’ve shared well over two dozen variations over the last few years – and I’ve always contended that, while it requires a half hour of near constant stirring, it really isn’t difficult to make. (It isn’t.) Most of the time, I actually enjoy standing over the stove, coaxing the rice into a creamy porridge. But sometimes, well, I just don’t feel like stirring the damn risotto. 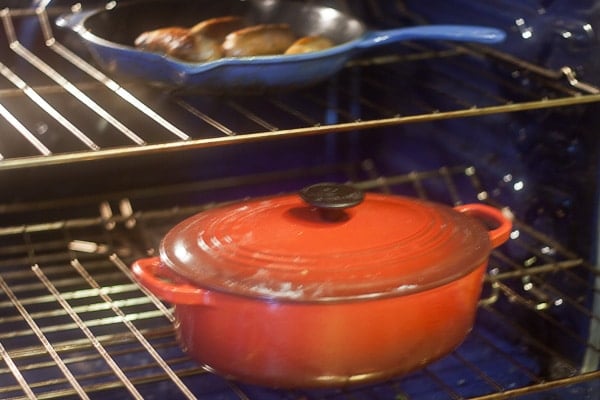 I first heard of baked risotto a few years ago, but I never bothered trying it out. Like I said, I actually like stirring risotto. It makes me feel good, like I’m earning my keep in the kitchen. Last week though, a long day at work (in very cute but verrry uncomfortable shoes) made standing over the stove the last thing I wanted to do when I got home.  As I transferred the pot of rice from the stove to the oven, I imagined a thousand Italian grandmothers rolling over in their graves.

But you know what? It worked. Really, really well. It wasn’t quite as creamy as risotto made on the stove I don’t think I would have known the difference had someone else served it to me. And the combination of sausage on the risottto and  in the risotto, too? Wife of the year award, right there. Not bad, considering it cooked itself while I put my feet up. 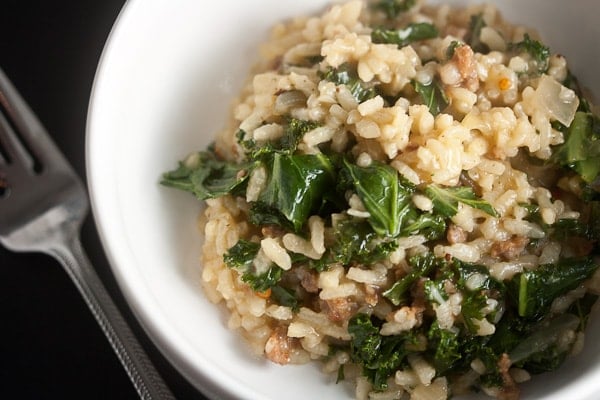 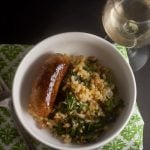 Baked Risotto with Sausage and Kale

When risotto is cooked on the stovetop, contant stirring is required to loosen the starches, which thicken the broth and give the dish its texture. In this baked version, bubbles from the boiling liquid knock the starches loose.
4 from 2 votes
Print Pin SaveSaved!
Prep Time: 10 minutes
Cook Time: 30 minutes
Total Time: 40 minutes
Author: Lauren Keating
Prevent your screen from going dark

11 thoughts on “Baked Risotto with Sausage and Kale”