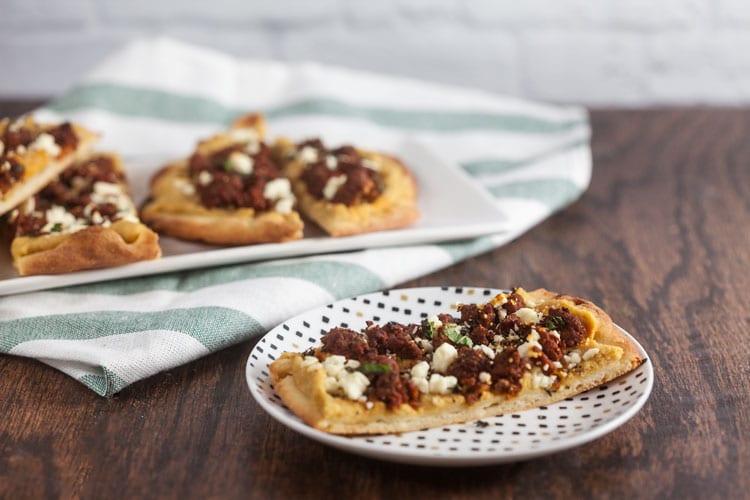 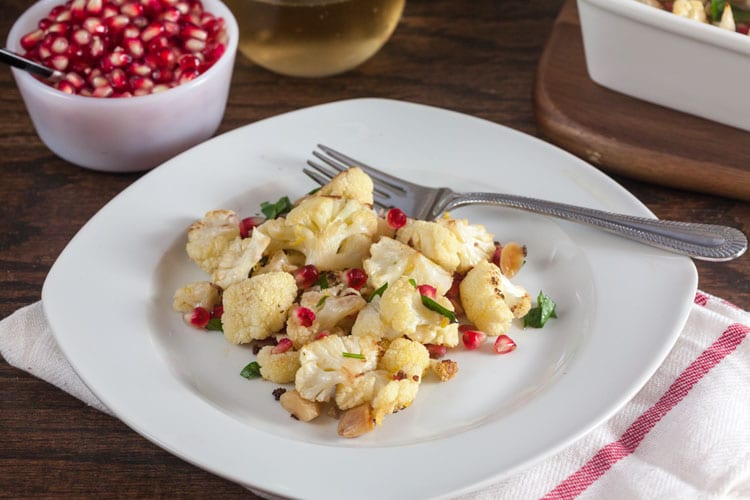 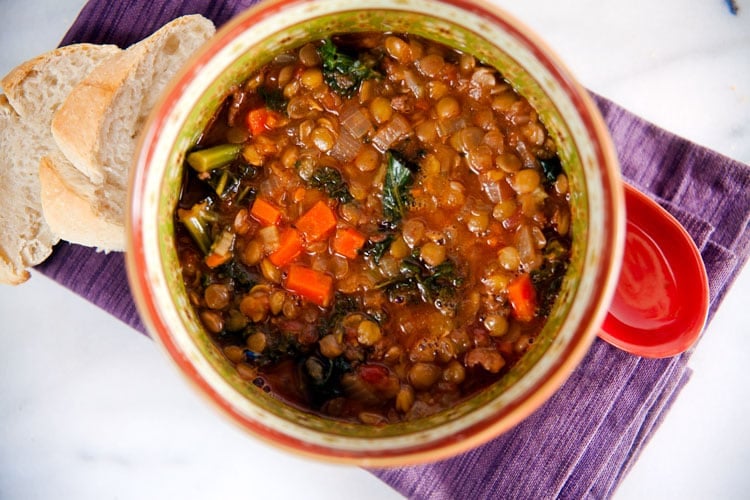 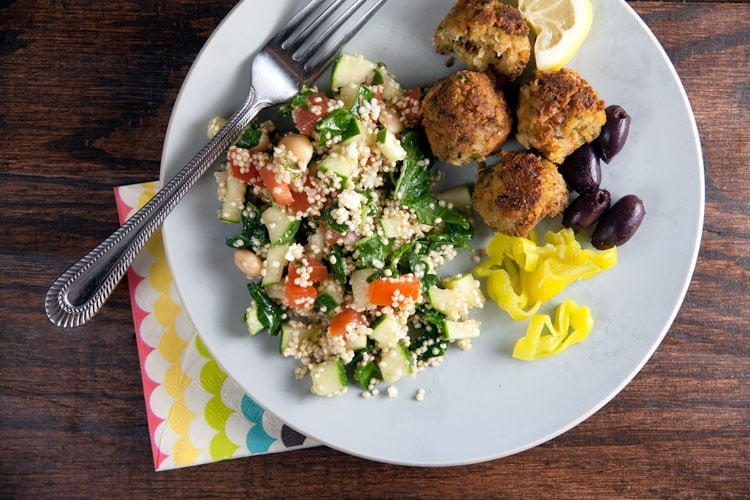 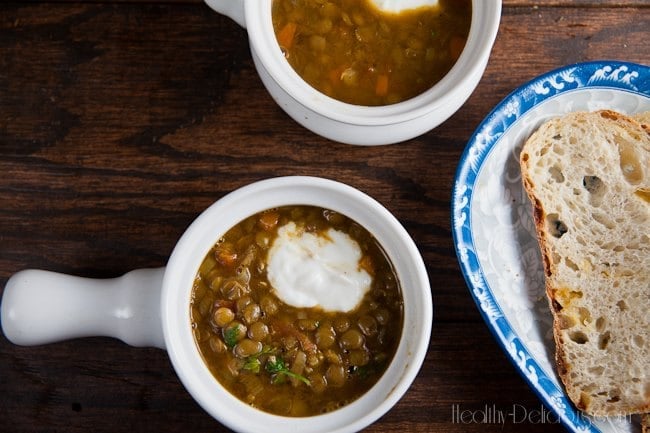 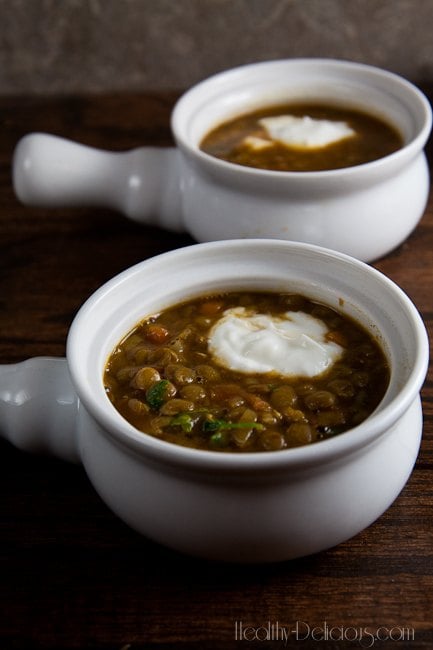 Yeah, so remember how I said all I wanted to do was curl up on the couch with a blanket? Apparently it’s not because it’s fall… it’s because I’m sick! Ugh. I have a terrible cold – the worst one I’ve had in years. Three of the last four meals I’ve eaten have been soup. Luckily, I have a big pot of this roasted eggplant and lentil soup in the fridge, so all I have to do is heat it up (which is about all I have the energy for right now).

This soup is just want I need though. It’s rich, earthy, and slightly spicy, with a subtle Middle Eastern flavor from roasted eggplant, tomatoes, and ras el hanout. A dollop of coconut yogurt finishes it off and balances out the spiciness. 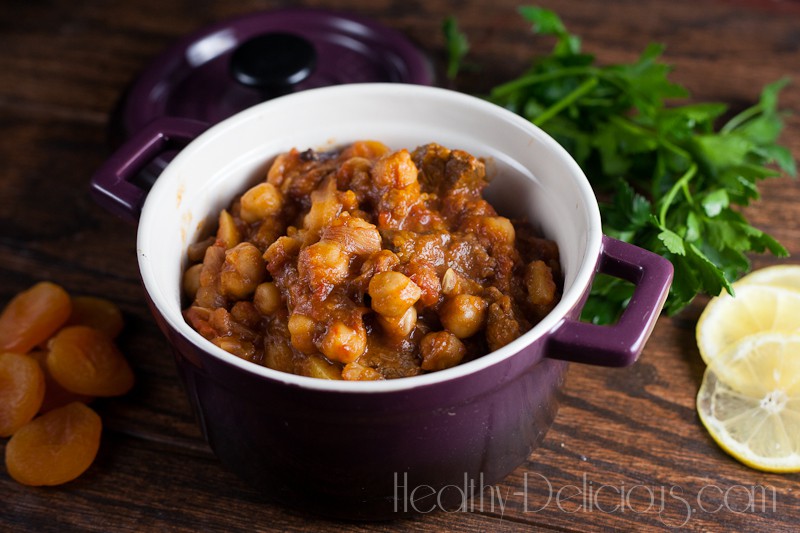 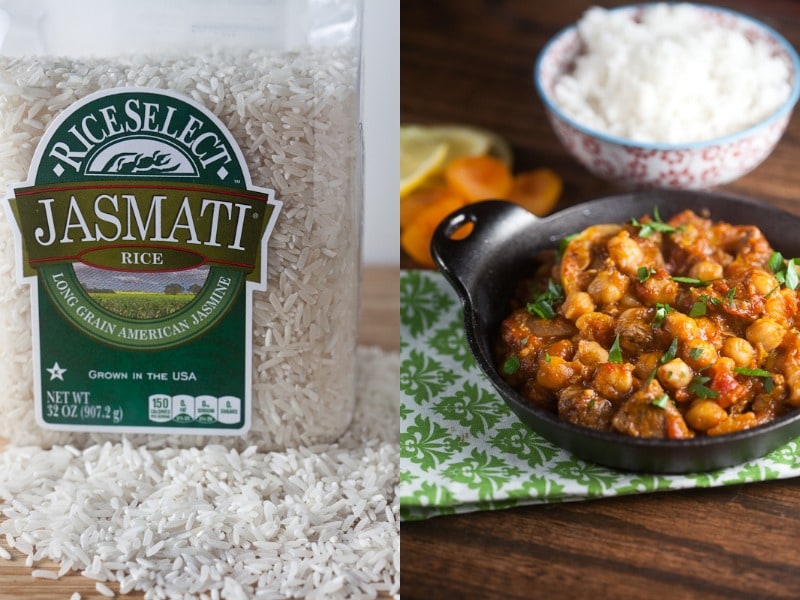 With sweet dried apricots, bright lemon, and fragrant spices, this braised lamb is the perfect way to bridge the gap between winter and spring.

I thought I was headed to Morocco with this recipe, but I took a wrong turn somewhere along the way and ended up somewhere closer to India. No matter, it was still delicious even if it wasn’t traditional. This recipe takes a little longer than most of my dinners, but it’s mostly inactive time. You probably won’t want to make it on a weeknight unless you don’t mind eating late (I’m ready for dinner at 5:30… which doesn’t usually work out well since I don’t get home until closer to 6!), but it’s the kind of recipe that can easily be made ahead of time and reheated when you’re ready for it. I made this on a Sunday with plans to eat it on Tuesday, and it was so nice to come home and not have to worry about cooking. I just moved the pot from the fridge to the stove and, in the time it took to boil some rice, dinner was ready.