These Peppers Stuffed with Everything Good (like sausage and gruyere) are a simple and easy weeknight meal everyone will enjoy! 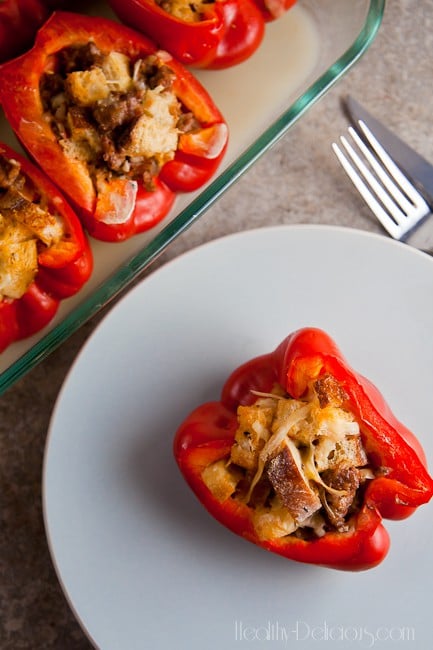 Today is the last day of the Pepper Party – and I’m a little sad that it’s over already. I’ve really been enjoying coming up with fun pepper recipes and I love seeing what everyone else came up with. There are definitely some really talented people participating in this event!

To help wrap things up, our sponsor Divemex has once again supplied a fabulous prize: $200 in magazine subscriptions to any food magazines of the winner’s choice! I’m kind of a magazine junkie, so I’m super excited about this one.  Scroll on down to the end of this post for more information on how to enter. (What magazines would I get? Fine Cooking, Food and Wine, and Bon Appetit in the longest subscription length offered.)

For even more great prizes, like a subscription to Food Network Magazine, you can also participate in tonight’s PinChat Live from 8-9pm EST. Come to this Pinterest Board and answer a question in the comment section for a chance to win. 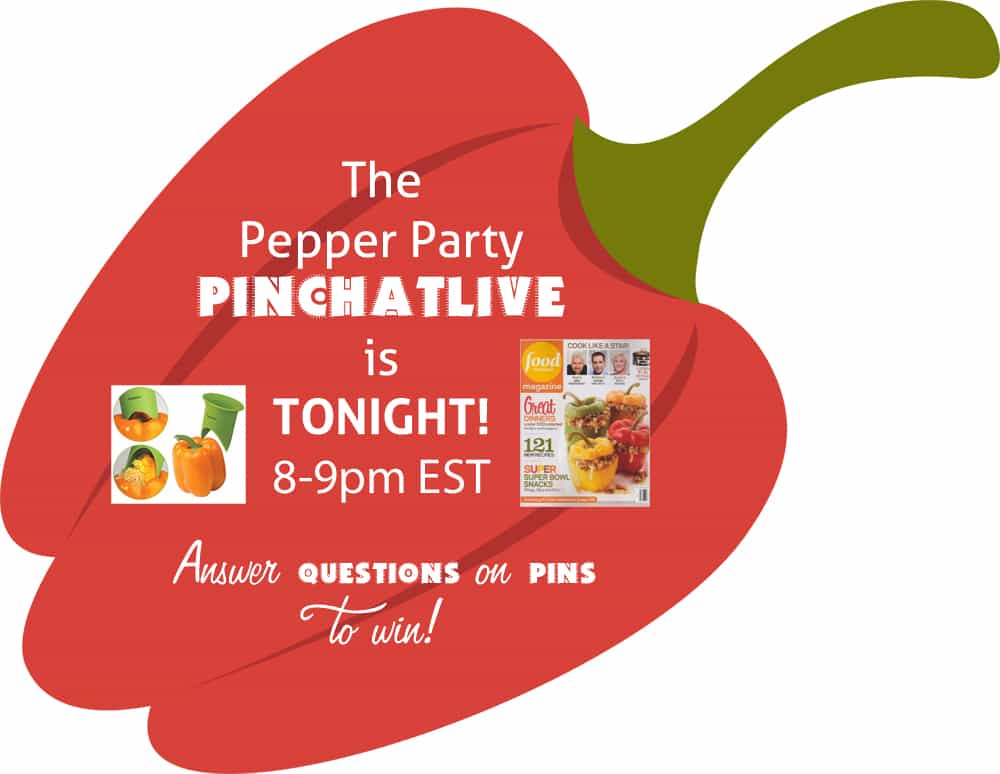 For my last pepper recipe, I decided to do a stuffed pepper. I know…. booooring, right? Whatever. This is one of those easy weeknight meals that I wrote about the other day, and if I could make it after a day like today there’s really not to make them.

This recipe, which is sort of a French-ish twist on sausage and peppers, is inspired by Dorie Greenspan’s “Pumpkin Stuffed with Everything Good.” This recipe was pretty popular a few years ago and although it does look delicious, I always sort of had an issue with it. Namely, that there was no sausage. Can you really say something is stuffed with everything good if there’s no sausage? Um, no.  So I fixed that little problem and made a few other adjustments and there you go. 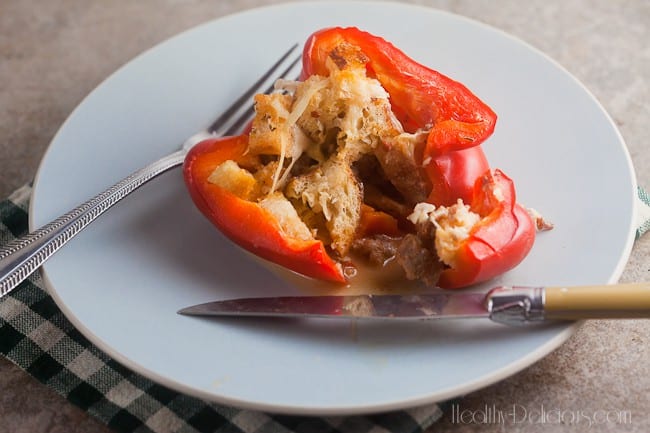 Peppers "Stuffed with Everything Good"

Be sure to check out the rest of today’s Pepper Party recipes for some more fresh inspiration!

Disclosure: Divemex generously provided the giveaway prizes. I was not compensated in any way for participating in the pepper party. The growers of Divemex specialize in greenhouse grown peppers in state of the art facilities that facilitate the production of the highest quality peppers in some of the safest facilities anywhere. But most importantly, as a Fair Trade Certified company, they have an unwavering commitment to social responsibility that puts workers first.

4 thoughts on “Peppers Stuffed with Everything Good {#PepperParty}”