Oyster and wild mushroom stew is a delicious was to warm up on a cold winter night. It also makes a great centerpiece for an oyster themed cocktail party! (Dairy free version included.) 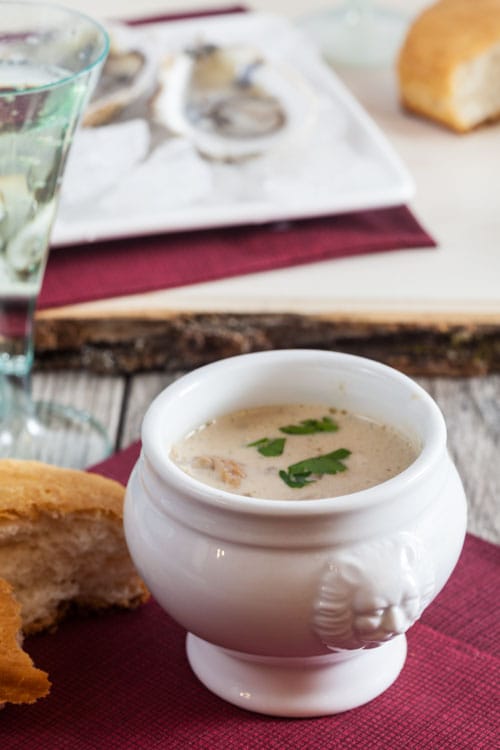 “Instead of dessert, let’s get another round of oysters!”  Sometimes the thoughts that you blurt out without a filter end up being the best ideas ever.

We don’t eat oysters often but when we do we have a tendency to go a little overboard. We spent a weekend in Maine this past August and ordered them four times in a 48-hour period (I won’t tell you how many lobster rolls we went through in the same timeframe.) Fast forward to last month, when we took a quick trip to Montreal to celebrate our 10 year anniversary: we left our house at 9am and were standing at a seafood stall in the market eating oysters by 1. Then we had more for dinner. I have no regrets. 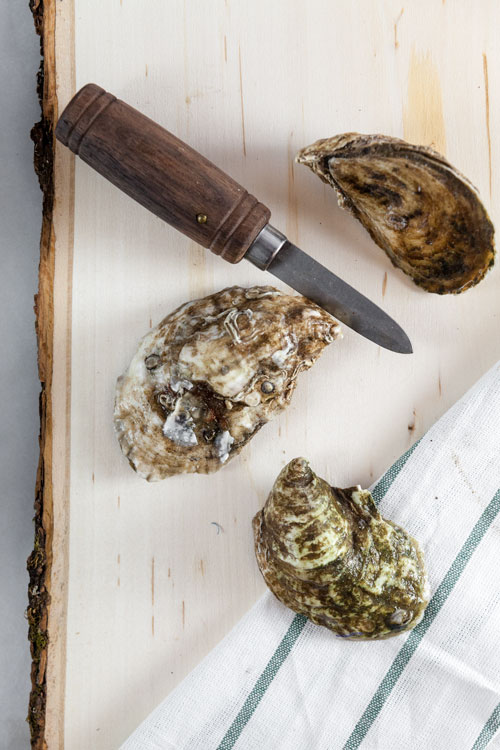 While we were in Canada, I picked up a few food magazines – I love flipping through magazines from other countries, since they don’t always follow the same trends that we see over and over here. One of them had an article on throwing an oyster party, which I thought was totally brilliant. What could be better than a night filled with oysters, champagne, and friends?

I was all over that idea. We hosted a party the weekend after Thanksgiving, and it was the perfect way to usher in the holiday season. A similar event would also be a fantastic way to ring in the New Year!

It was also a fun excuse to pull out some new items I received from RestaurantWare. As a food photographer, I’m always on the lookout for fun new props and their lion head bowls, aperitif glasses, and wooden serving board were perfect for the occasion. The burgundy napkins in the photos also came from them. They have so many cute things – my wish list is about a mile long and is filled with cute cocktail picks, bamboo plates, and these adorable mini copper pans. 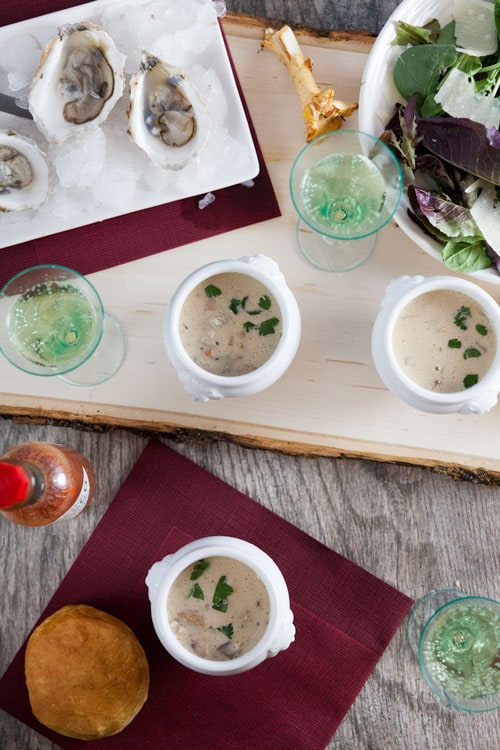 Our menu was simple: oysters on the half shell, oyster and wild mushroom stew, biscuits, and a giant salad. Plus plenty of prosecco.

If you’ve never had oyster stew, you’re definitely missing out. It’s similar to clam chowder, but simpler and without any potatoes. It’s warm and comforting – perfect for winter. Some versions are essentially just oysters and cream, but I like to add a little bit of smokey bacon and plenty of wild mushrooms to mine. I also made mine with cashew cream in an effort to limit the amount of dairy in the recipe, and it came out like a dream. We slurped up every last drop. 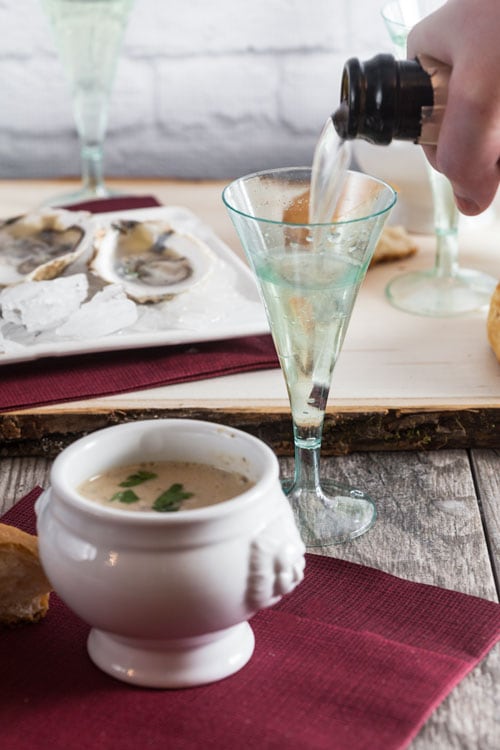 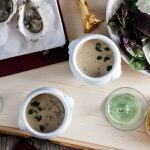 Look for jars of shucked oysters in the refrigerator case near your grocery store's seafood counter.
Tried this recipe?Mention @HealthyDelish or tag #HealthyDelish!
This post was sponsored by RestaurantWare. Thank you for supporting the brands that keep me inspired in the kitchen.
Pin
Share
Tweet