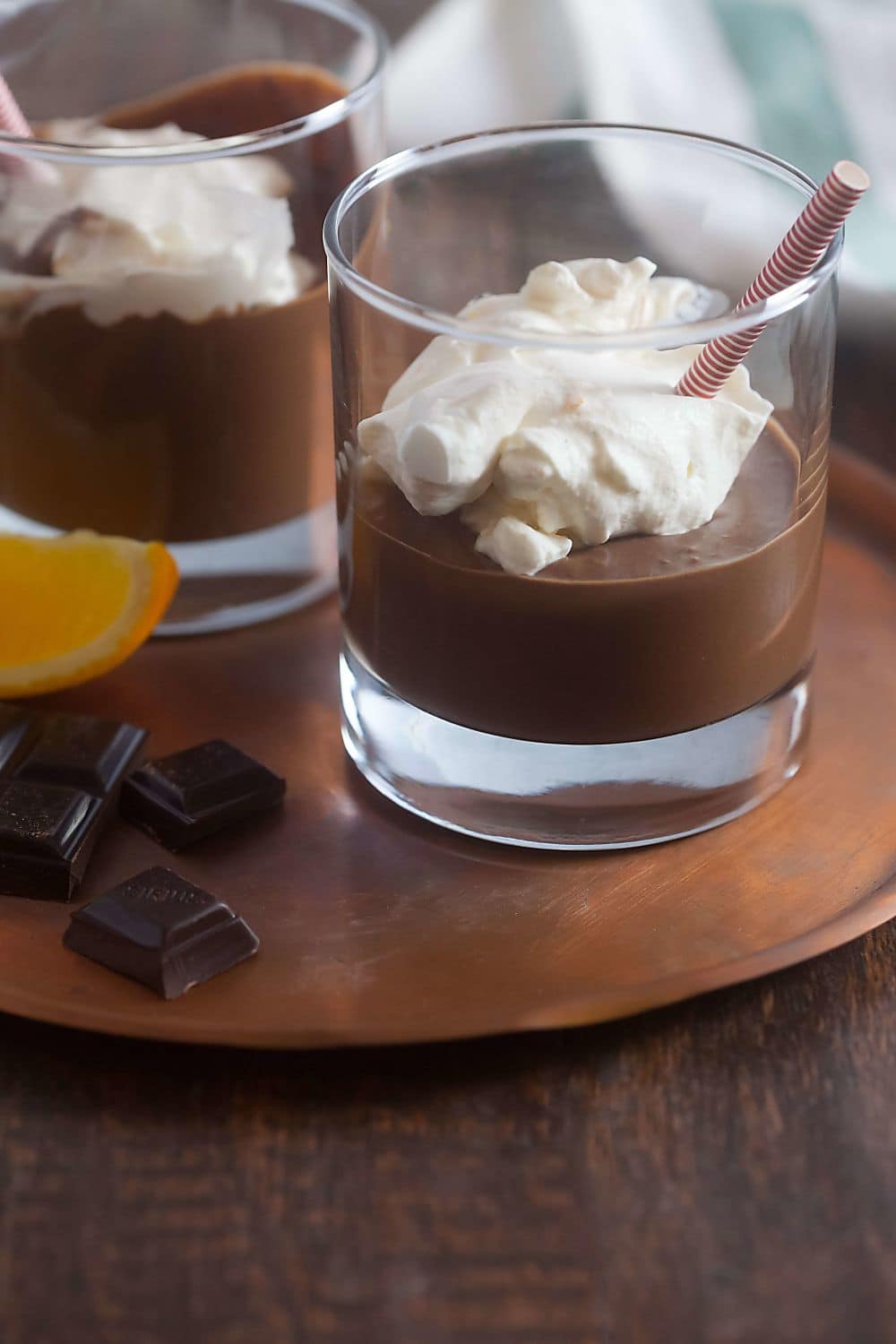 I was planning to share a new salad recipe with you today, but the forecast says we’re about to get buried under a ton of snow and I couldn’t do that to you. Or to me – it’s been too cold to even think about eating a salad.

Instead, how about a warm drinking chocolate that’s rich enough to pull double-duty as dessert? Now that’s more like it. Even better, it’s dairy free!

(If you love hot, spicy drink recipes be sure to also check out my Gingerbread Hot Chocolate and my Orange-Cardamom Dessert Coffee with Rum.) 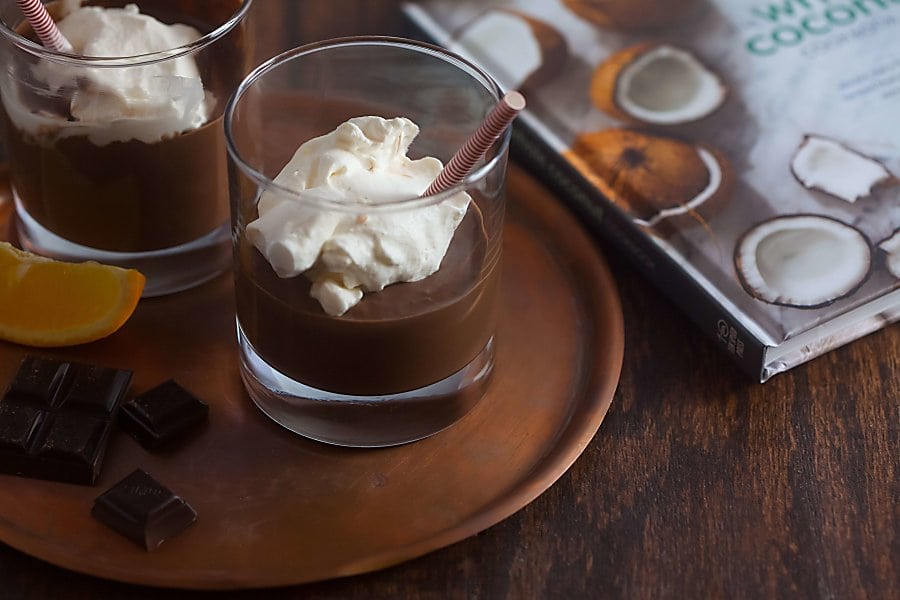 Do you remember back in the early-2000’s when Starbucks had a huge marketing campaign around their chantico drinking chocolate? It was incredibly rich, thick hot chocolate served in an espresso cup. It reminded me of drinking molten brownie batter and it was insanely delicious – and probably had enough calories to last a week but that’s another story. Then one sad day not long after it launched, they pulled it off the menu. Apparently it wasn’t very popular.

Anyway, I took one sip of this spiced drinking chocolate from The Whole Coconut cookbook and was instantly transported back in time. This drink reminds me a lot of chantico, except not as sweet and with cinnamon and cayenne pepper to make it extra cozy. It was love at first sip.

This drinking chocolate is topped with whipped coconut cream that’s flavored with orange and vanilla – two of my favorite flavors to pair with chocolate. (When I was in college I worked at the coffee beanery and we had a drink that was half coffee, half hot chocolate with orange and vanilla extracts – it was to die for and is another coffeeshop drink that’s sadly no longer on the menu.)

It’s warm and cozy and perfect for a snow day. Save the salad for next week. 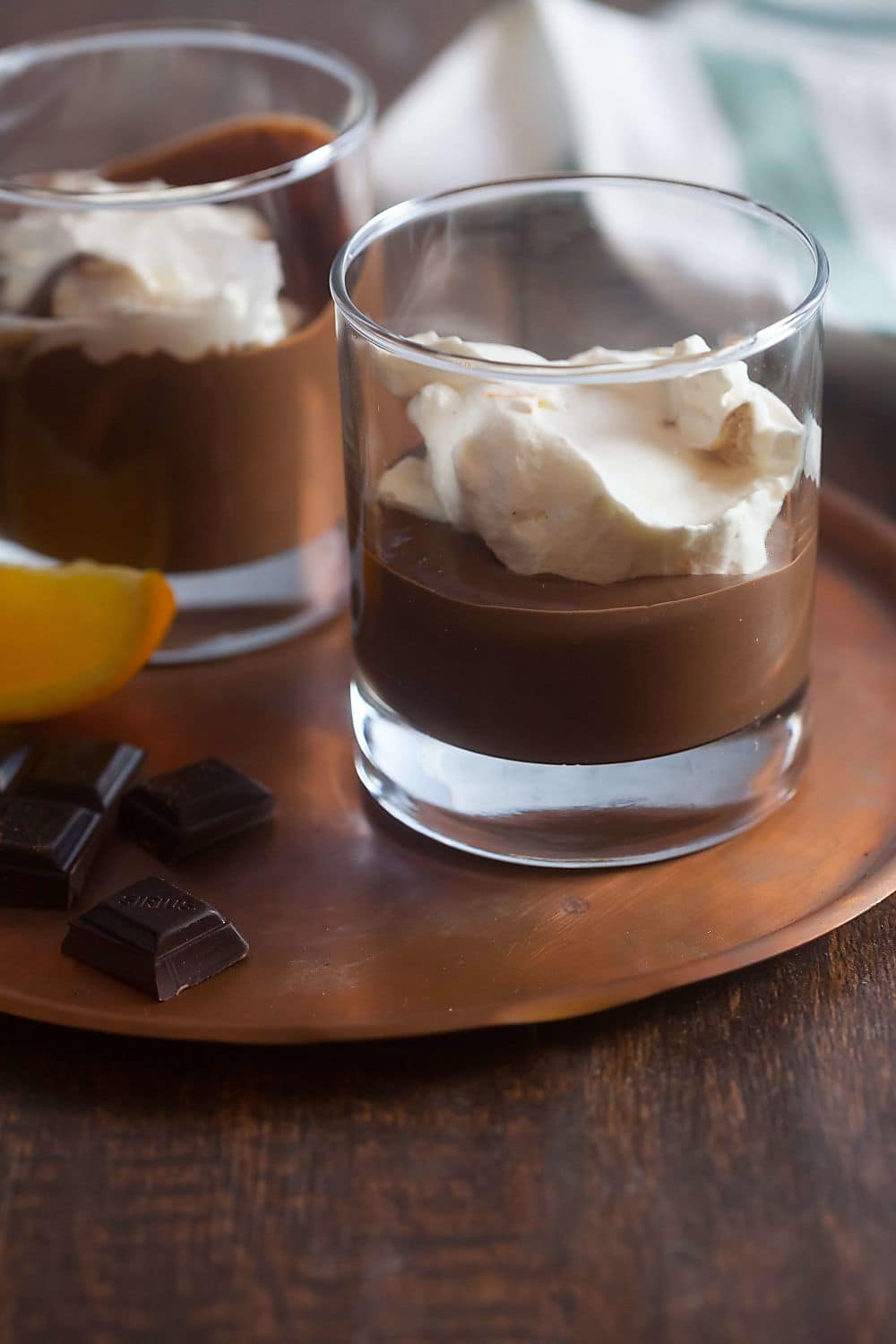 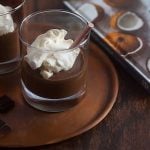 This recipe requires a little pre-planning – the coconut cream, mixing bowl, and beaters need to be very cold – but it's well worth the wait. Leftover whipped cream will keep for about 1 week in the fridge.
No ratings yet
Print Pin SaveSaved!
Prep Time: 8 hours
Cook Time: 10 minutes
Total Time: 8 hours 10 minutes
Servings: 4
Author: Lauren Keating
Prevent your screen from going dark

For the whipped cream

For the drinking chocolate

I buy small cans of coconut cream from Trader Joe's – they're perfect for recipes like this one. If you can't find coconut cream, you can make it by refrigerating a can of full fat coconut milk overnight. Open the can very carefully – the cream will be in a solid mass at the top. Scoop is out and save the coconut water underneath for smoothies or to use in this drinking chocolate recipe.
Tried this recipe?Mention @HealthyDelish or tag #HealthyDelish!
Pin
Share
Tweet