Quick and easy stir fry made with zucchini noodles instead of wheat pasta is a great way to clean out your produce bins! 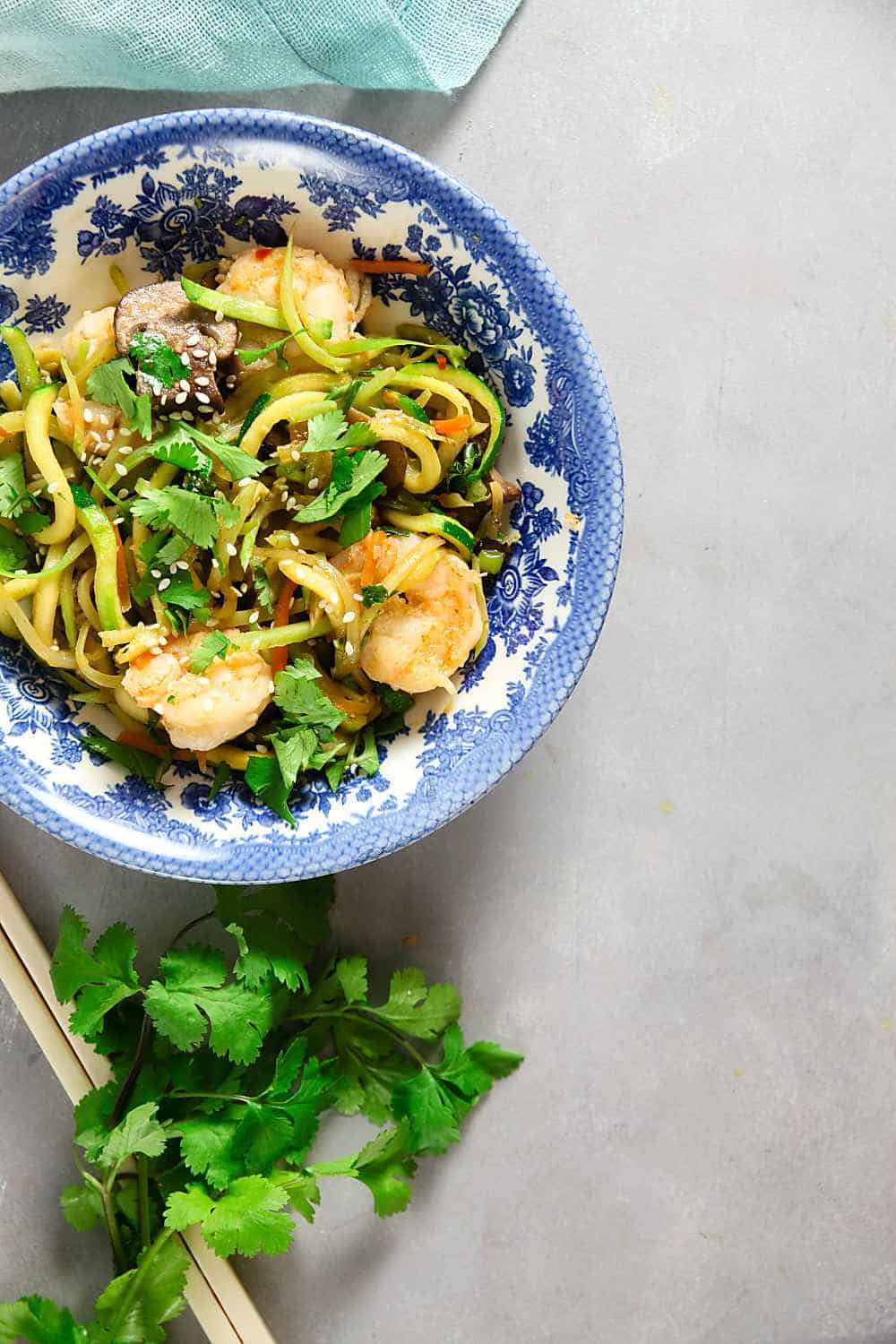 There’s a Chinese restaurant in the plaza next to my gym. I’ve never eaten there, but the smell of garlic and ginger always wafts through the parking lot and  it smells so good. I’m sure I’ll cave one of these day, but I usually try to stay strong after a workout and cook myself a healthy dinner. I don’t want to undo all of that hard work, after all!

Still, thanks to that restaurant I’ve had lo mein on my mind for a few weeks. I haven’t had lo mein in ages, and it sounded delicious. This recipe was the result of an attempt to make a paleo lo mein with zucchini noodles. It turns out that palo lo mein doesn’t really work – the classic lo mien flavor comes from oyster sauce, which is full of sugar and there isn’t really anything that works as a substitute. So lo mein was a bust, but I did end up with a delicious zucchini noodle shrimp stir fry! 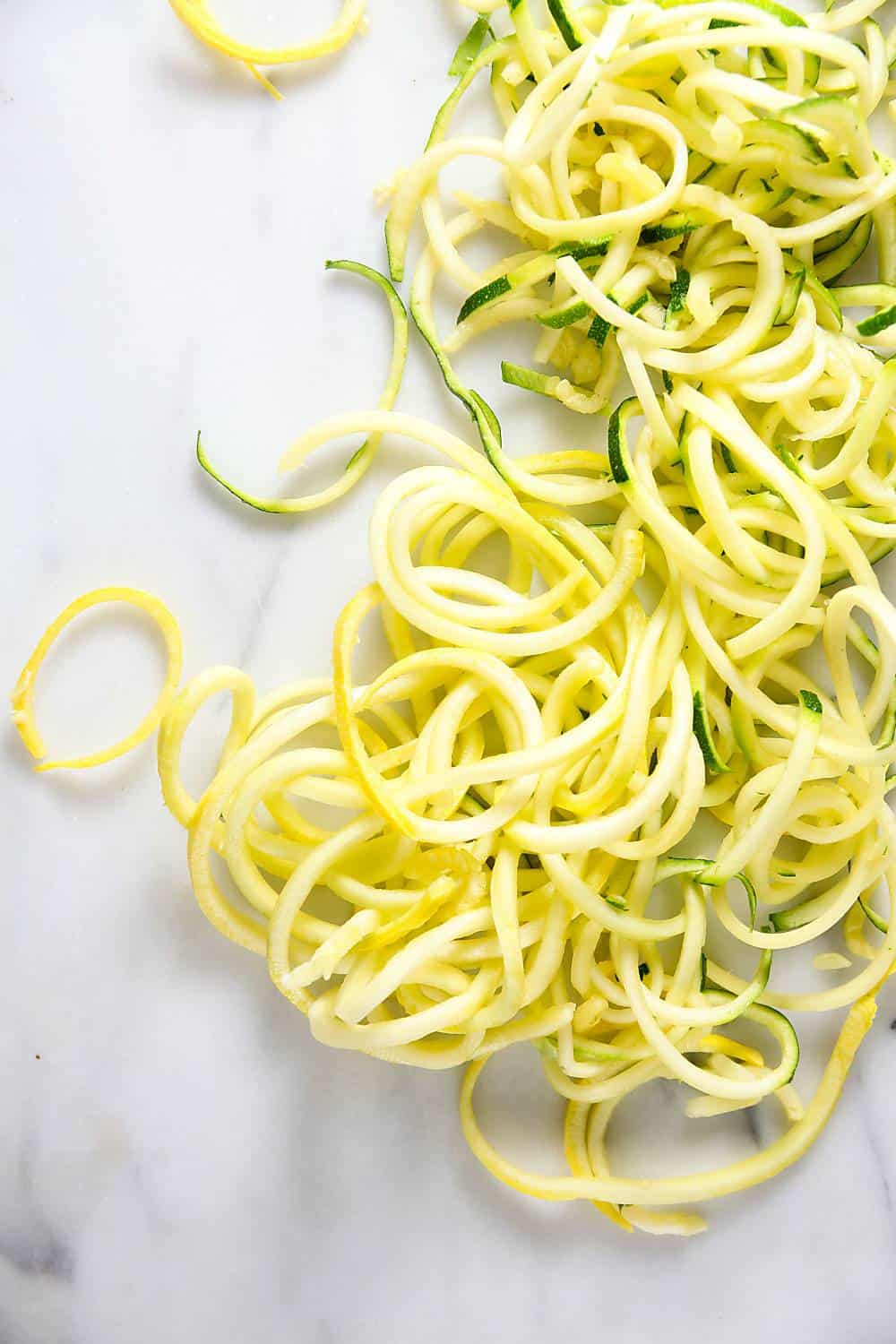 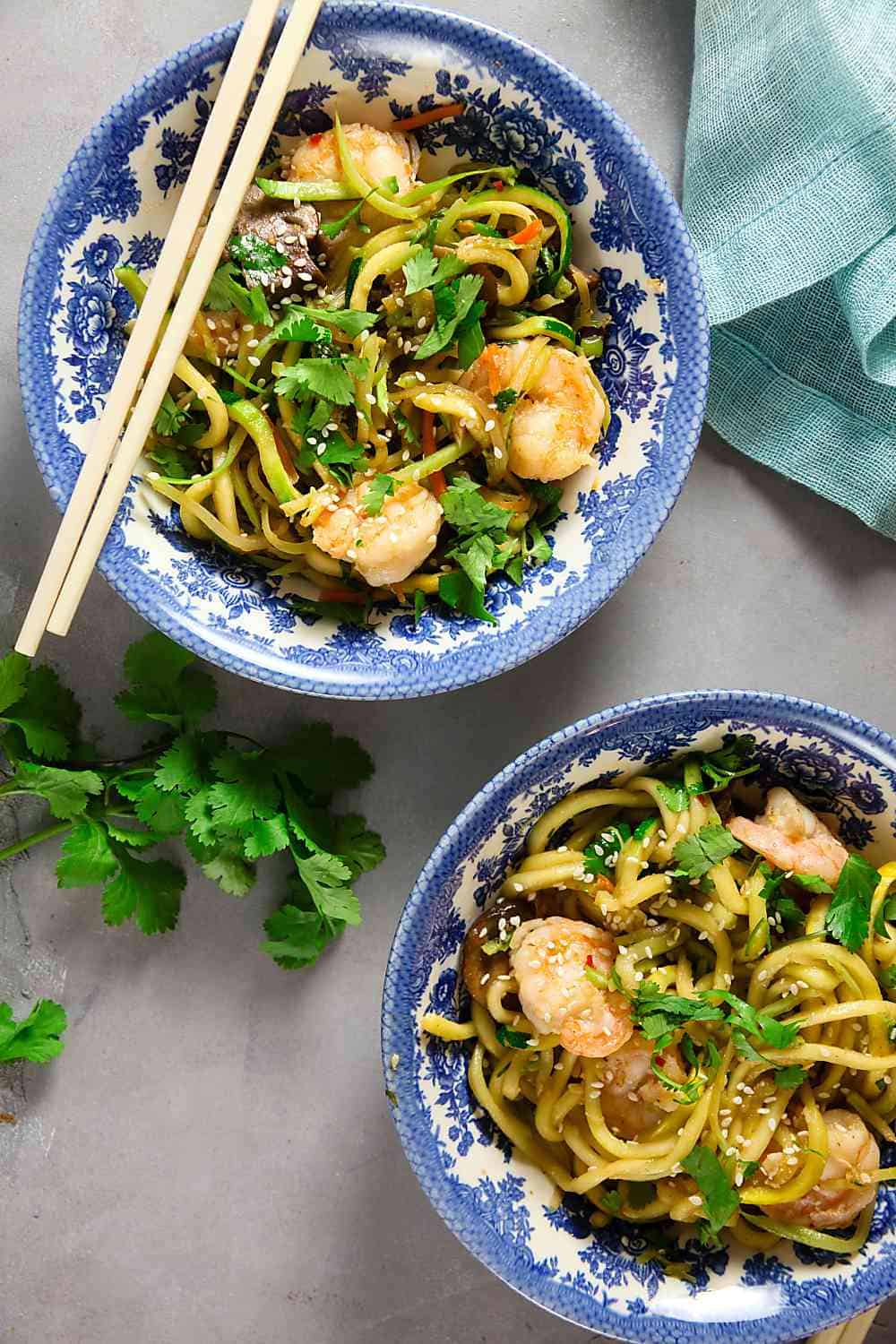 You can cut your own noodles using a spiralizer (affiliate link) or buy them pre-cut – I usually grab a pack from the end of the produce section. I’ve also tried frozen zucchini noodles but I wasn’t a big fan because they were pretty waterlogged and mushy.

For the best zucchini noodles, I like to sprinkle them heavily with salt and let them sit for a few minutes so the the moisture pulls out, similar to what you’d do with eggplant. Then give them a quick rinse and pat them dry before adding them to the pan. I’ve found that prepping the noodles this way helps prevent them from getting too soggy, so they have a more “al dente” texture.

Along with the noodles, I added some mushrooms that were left over from making meatloaf and a big hand full of broccoli slaw. This is a great recipe for cleaning out your produce bins though – go ahead and add a thinly sliced red pepper, yellow onion, grated carrot, snap peas, or whatever else you have around. 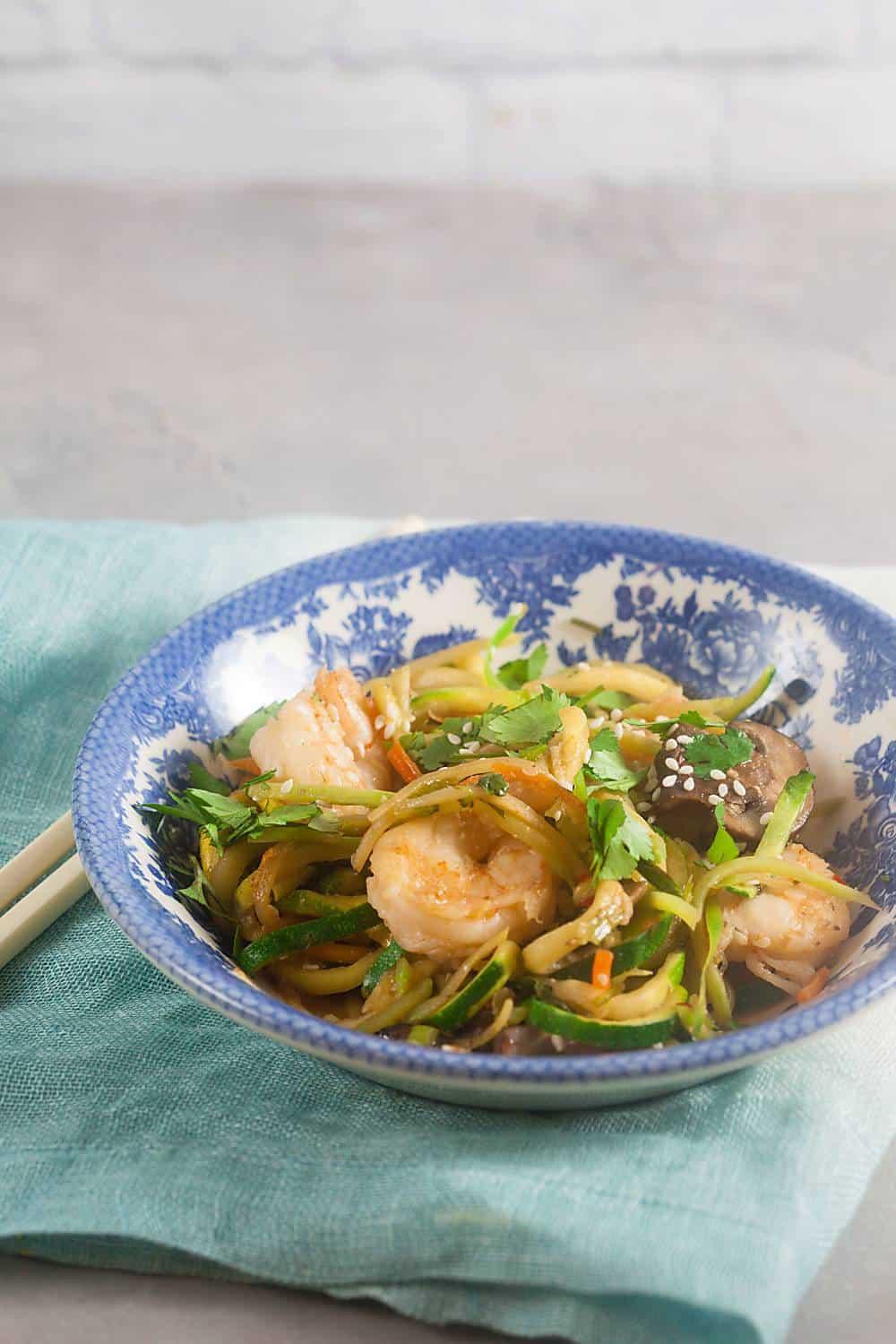