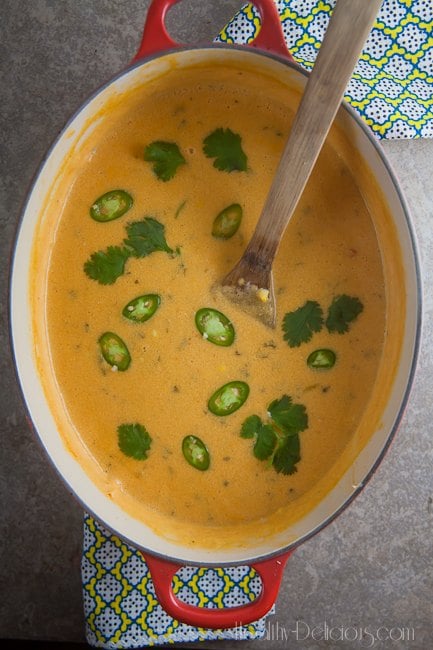 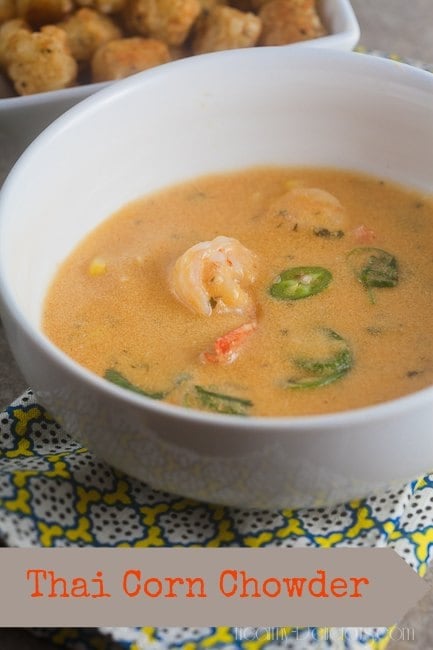 This creamy Thai corn chowder is the perfect way to bridge the gap between summer and fall. It has a fresh, almost floral flavor that highlights the last of summer’s sweet corn, and a thick velvety texture that’s super cozy and luxurious. I love it! And I love it even more knowing that it can be on the table in just about a half an hour (and that 20 minutes of that it just simmering the broth!)

I’ve been participating in #SundaySupper for a few months now and I absolutely love it. Now that I’ve learned the ropes, I decided to join in the other part of the movement: #WeekdaySupper.

Just like it sounds, #WeekdaySupper is all about quick, easy meals that inspire people to venture into the kitchen during the week. Finding that inspiration (and energy!) is definitely something that I struggle with personally. I love to cook, but I still can’t muster up the energy to make dinner after work. I can’t even imagine what it must be like for people who don’t like to cook. I’d probably end up eating take out every night. 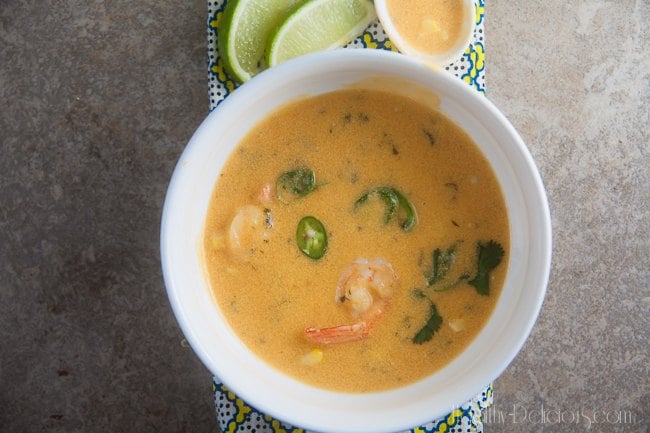 This soup though? It’s kind of hard to come up with an excuse not to make it. It’s one of the easiest things I’ve made in a while, but it definitely doesn’t taste it.

You start by making a quick broth out of corn cobs. If that sounds complicated, don’t worry – it couldn’t be easier and the results are well worth it. The process extracts every bit of flavor from the corn cobs and gives the soup its intense corn flavor.

The broth and potato gets combined with coconut milk, fresh corn and red curry paste, then whipped up in the blender. The coconut thickens up like whipped cream and gives this soup an amazing texture. Then you just throw in the remaining corn and some shrimp.

That’s all there is to it!

(I like to bake up some tater tots while the soup simmers. I don’t know why, but they go really, really well together.) 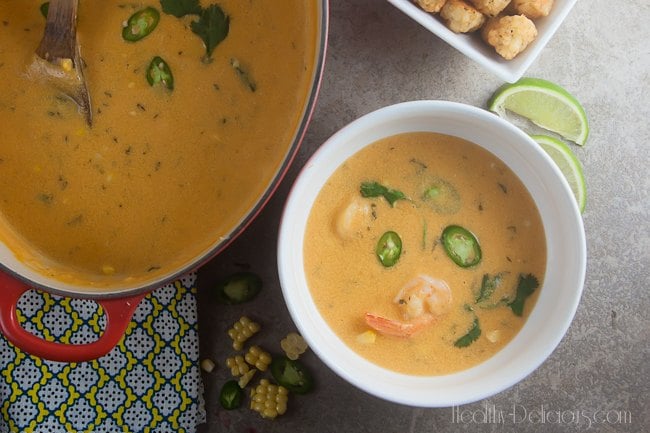 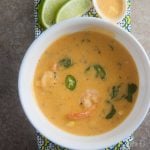