This post was sponsored by the J.M. Smucker Company, all opinions are my own. 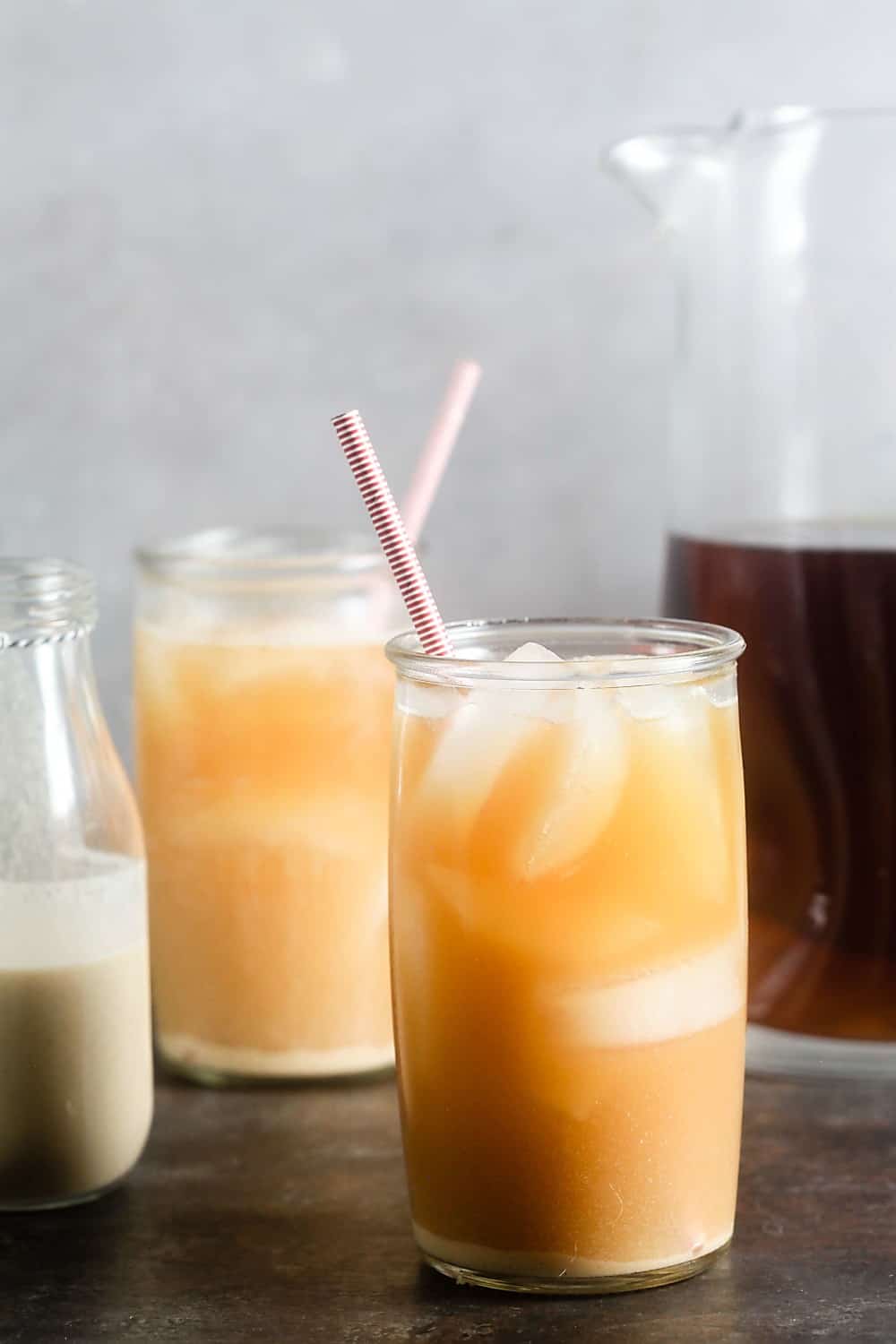 People who know me know that wherever I am, there’s almost always a big cup of coffee nearby. In the winter I love hot coffee, but this time of year I usually reach for cold brew.

Since cold brew is so much smoother and more mellow than traditional drip-brewed coffee, I really like drinking it black. But occasionally as a treat, I’ll also mix it up with a fun flavor, like this maple tahini cold brew.

There’s nothing better than spending a lazy Sunday morning sitting on the back deck sipping a tall cup of cold brew – unless, of course, you add a slice to apple crumb coffee cake to the scenario. 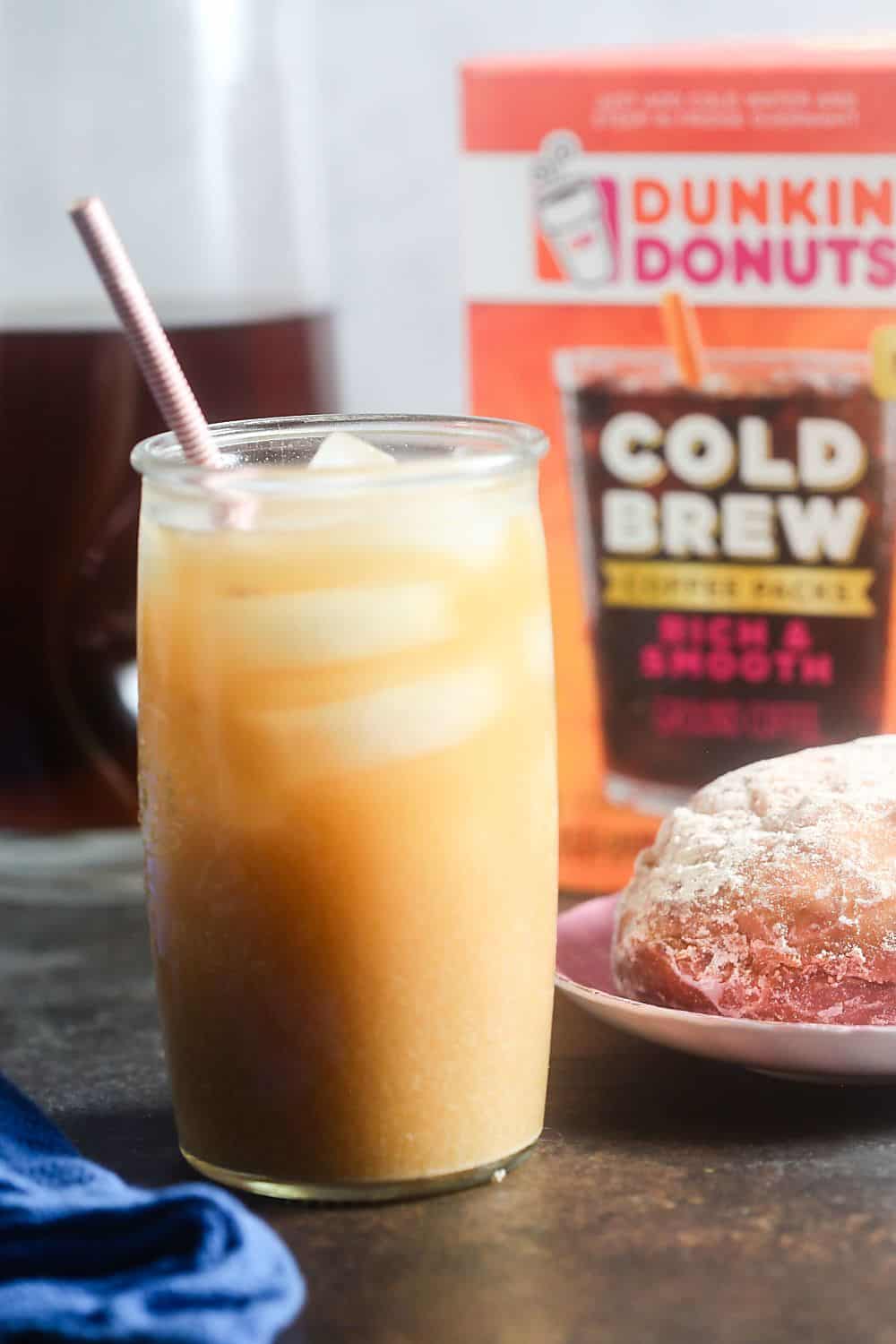 Thanks to Dunkin’ Donuts’ new cold brew packs, making cold brew at home has never been easier. Each package contains two packets – enough to make two full pitchers of cold brew coffee. That’s enough to keep a multiple-coffee-a-day person like me set for the whole week!

First, drop a packet into an empty pitcher and add four cups of water.

Then, let the cold brew steep in the fridge overnight.

The next morning, remove the coffee packs and add about 3 more cups of water (you can add more or less to make it as strong as you want).

That’s it! Three easy steps and you’re ready to sit back and enjoy a Dunkin’ cold brew. And it’s way less messy than measuring out and filtering coffee grounds.

While the cold brew is steeping, I like to whip up a flavored creamer or syrup for the week. This maple tahini creamer only takes a few seconds to make, but it has a great flavor that’s a nice change of pace from more traditional creamer flavors like hazelnut or vanilla.

Tahini is a sesame seed paste that’s common in Middle Eastern recipes, but it also pairs really well with natural maple syrup. The base is made from coconut milk, so it’s also a great dairy free/paleo alternative to store-bought creamers.

To make it, add unsweetened coconut milk, tahini, and maple syrup to a blender and blend until combined. That’s all! The creamer will keep in the refrigerator for several days and you can add as much or as little to your cold brew as you like, depending on your mood. 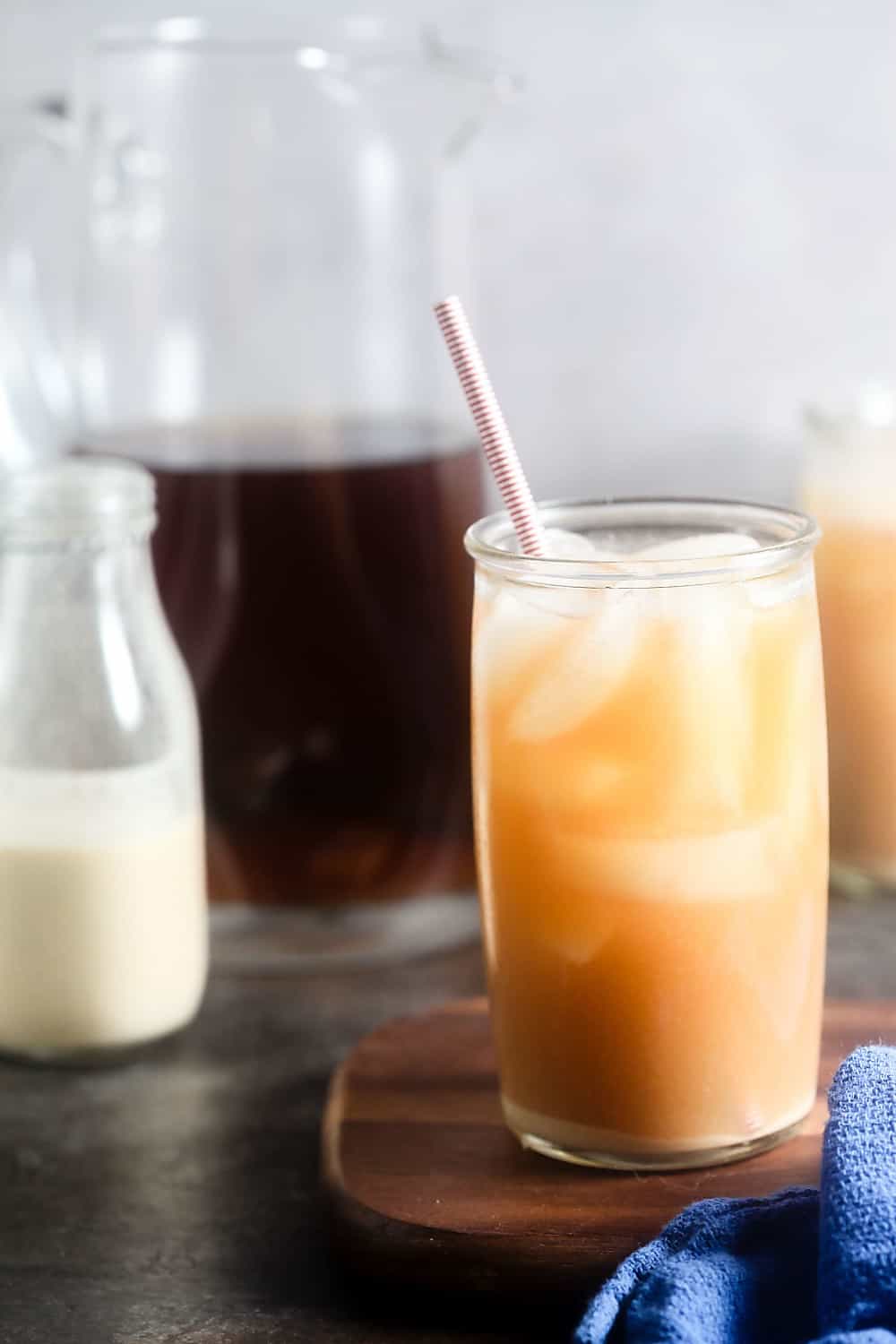 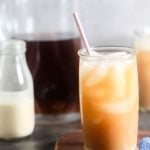