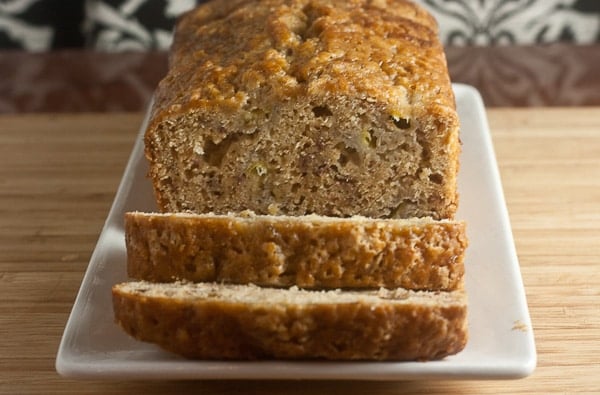 One of the downsides to trying to balance keeping up with recipe development jobs and making sure I have fresh content to post here is that I rarely have time to make recipes created by other people. (I’m not complaining – I love what I do and can’t get over the fact that big companies are actually willing  pay me to play in the kitchen!)

Then I heard about the Secret Recipe Club, which pairs up bloggers each month and has them make, test, and write about another blogger’s recipe – meaning not only that I’d get to make something created by someone else, but I’d also get feedback on my recipes. Win-Win, right? Unfortunately, a lot of people agreed that it was a great concept – I’ve been on the waiting list for months. But I finally made it into a group, and I couldn’t be more excited! 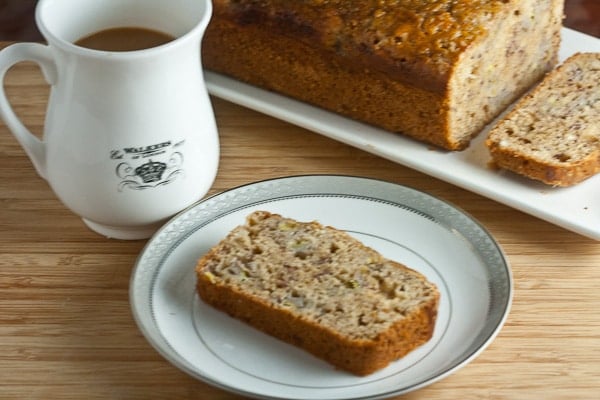 For my first month participating in SRC, I was assigned to The More Than Occasional Baker. I considered making something sinfully decadent like Peanut Butter Toblerone Cheesecake (!!!) but ultimately settled on the Earl Grey Banana Bread. What can I say? I’ve been searching for a better banana bread recipe, and I adore Earl Grey.

This recipe is definitely a keeper! It’s light and fluffy, but also super moist – it’s totally not the kind of banana bread that requires a smear of butter to make it edible. The tea flavor is subtle, but it adds a really interesting layer of flavor that I loved. Same for the brown sugar, which adds slight caramel notes, and the turbinado sugar on top, which gives the crust a sticky toffee-like crunch.

All in all, this is a great bread to either grab for a quick breakfast or to enjoy mid-afternoon with a mug of tea. 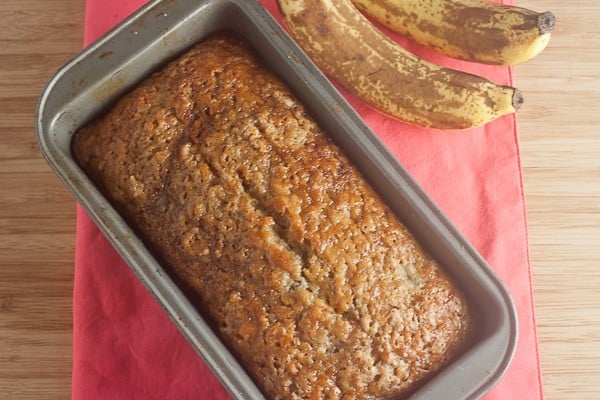