Quick and easy curried red lentil and spinach stew is a rich and flavorful recipe that’s great for chilly weeknights!

I created this recipe for my client, RedPack, to help them promote their Crush Hunger campaign. As always, thank you for supporting the brands that keep me inspired in the kitchen. 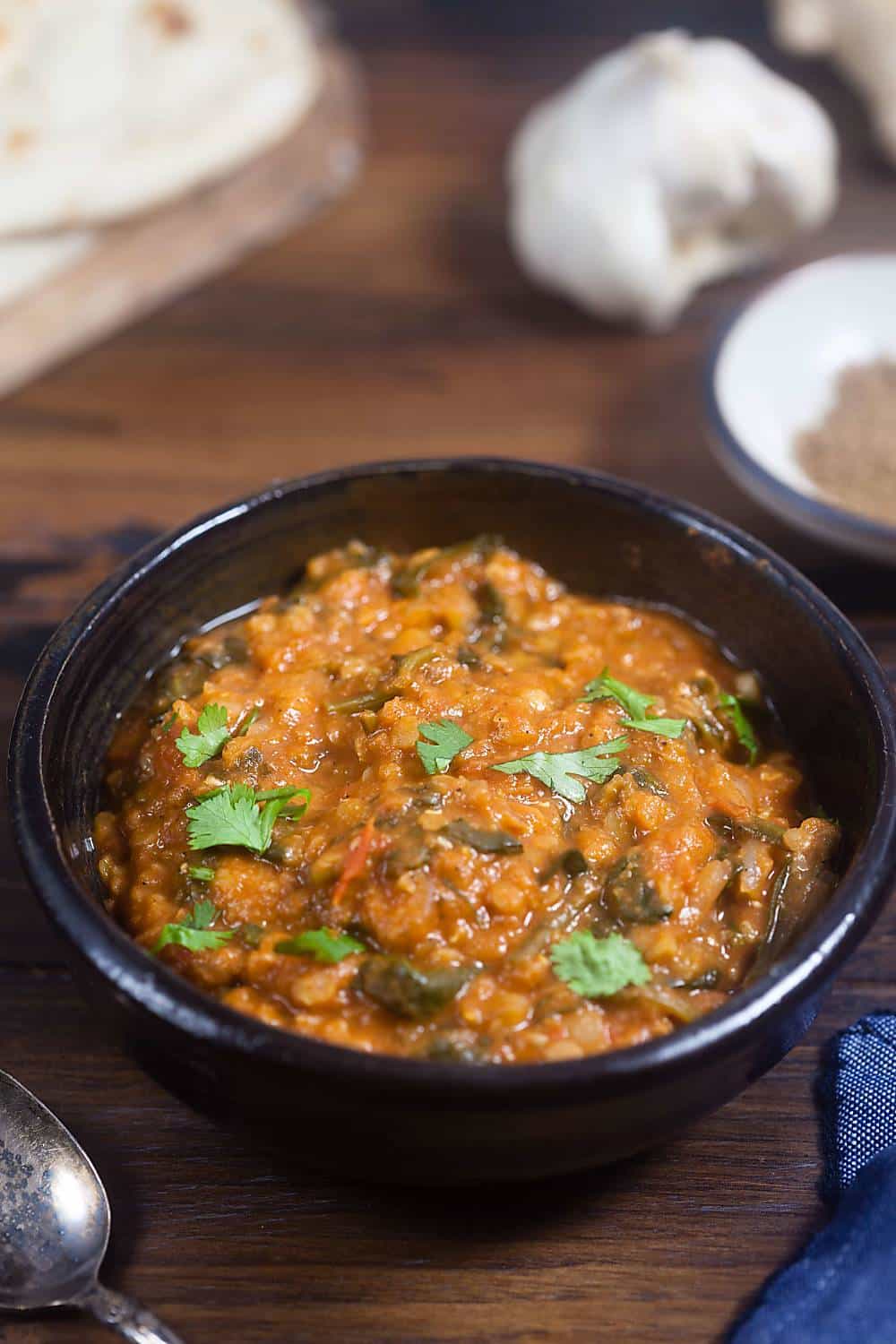 When we were in college, Shawn and I made curry for dinner at least once a week. It was affordable, filling, and a nice break from pasta and nachos. When we first started making them, we used jarred sauces. Then one day I noticed a curry cookbook in the bargain bin at the bookstore. As they say, the rest was history. We don’t make it as often these days, but it is nice when we need a change of pace.

Making flavorful curries at home is really easy and, once you have a good stock of spices built up, many of them can be made using staple ingredients that you probably already have.

This curried lentil and spinach stew is my own creation, loosely inspired by two of my favorites: tikka masala and saag. Red lentils cook quickly and have a creamy texture and more delicate flavor than brown or green lentils. Spinach amps up the nutrition and adds flavor. The creamy tomato sauce gets it’s flavor from onions, garlic, and spices and is finished with coconut milk to make it extra luxurious. Serve it over rice or with naan (I always have some in the freezer) for an easy and filling winter meal.

If you have lentils left over, you’ll also love this Moroccan red lentil soup! 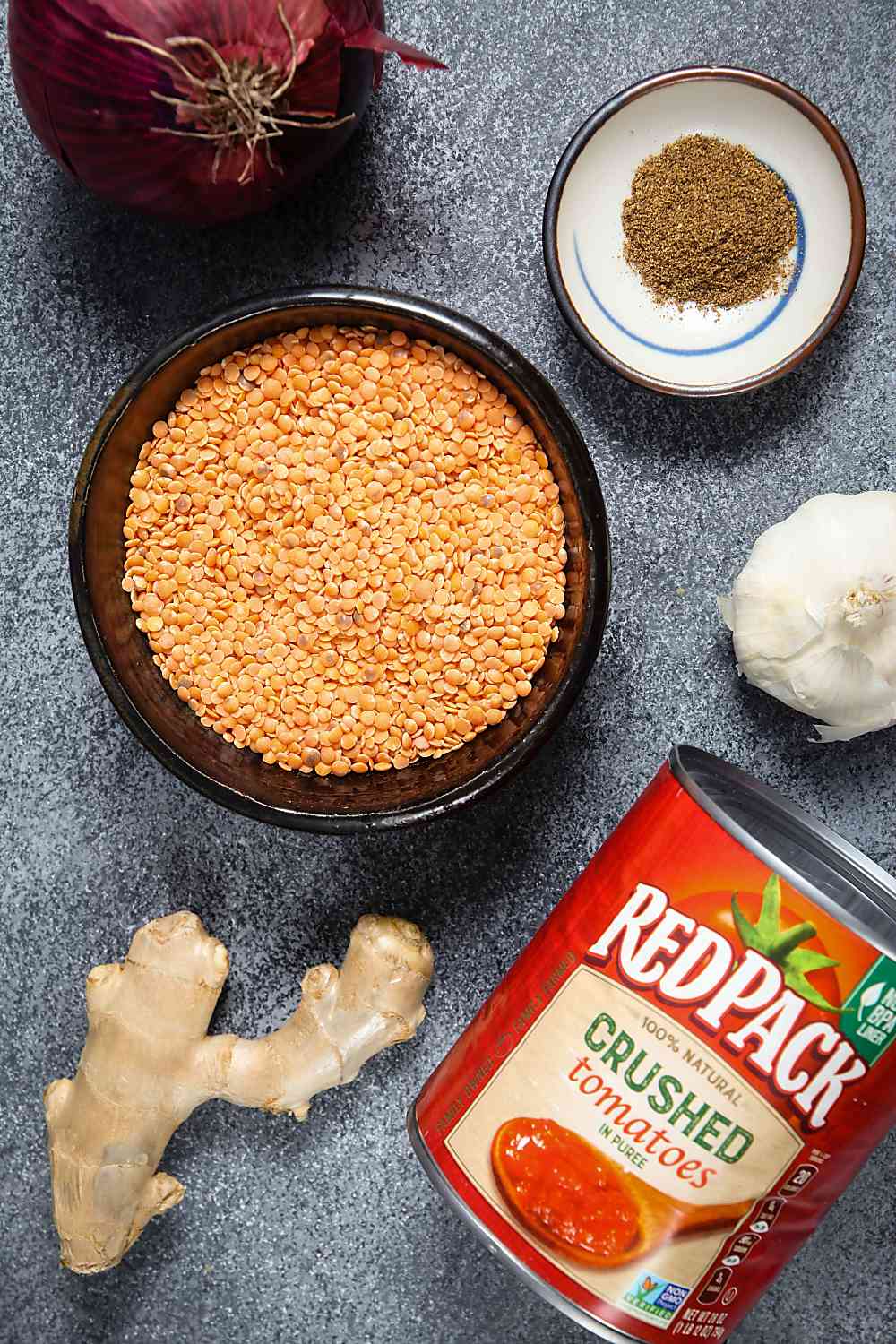 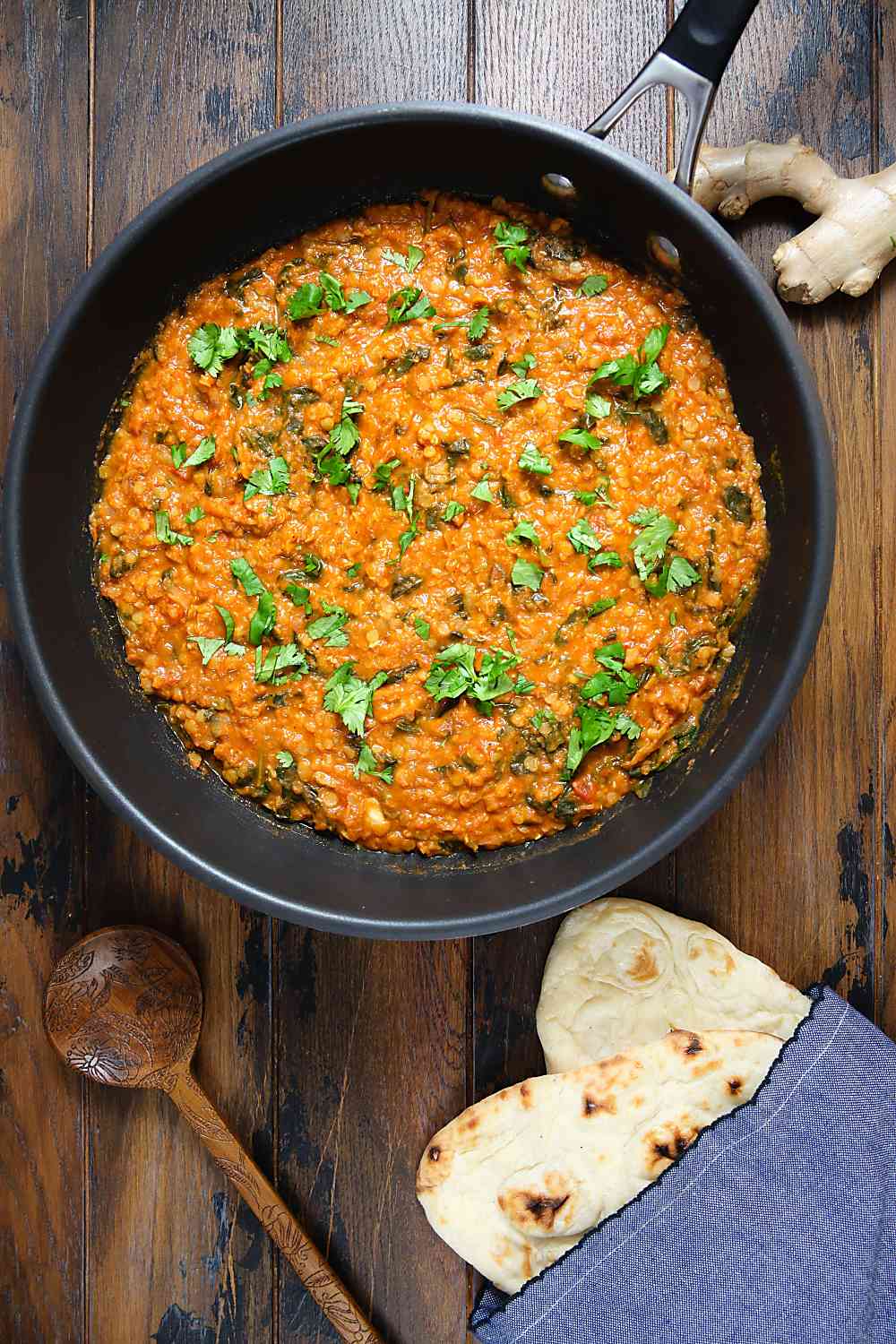 This recipe was inspired by RedPack Tomatoes‘ Crush Hunger campaign. Throughout October, they’re partnering with Feeding America to donate a meal to a family in need for every product sold. They have a goal of 2 million meals donated. That means October is a great time to stock up on tomatoes for all of your fall soup and stew needs – you can help put a meal on the table of a family in need simply by purchasing a product that will help feed your own family.

RedPack has been a family-owned company for 75 years, and they have a commitment to doing things the right way. Their whole peeled tomatoes were even voted “Best Canned Tomatoes” by Epicurious! Following the theme of “crushing” hunger, I chose to use make a recipe using their crushed tomatoes. They’re packed in tomato paste, so they’re extra thick – perfect for making hearty sauces like this one. 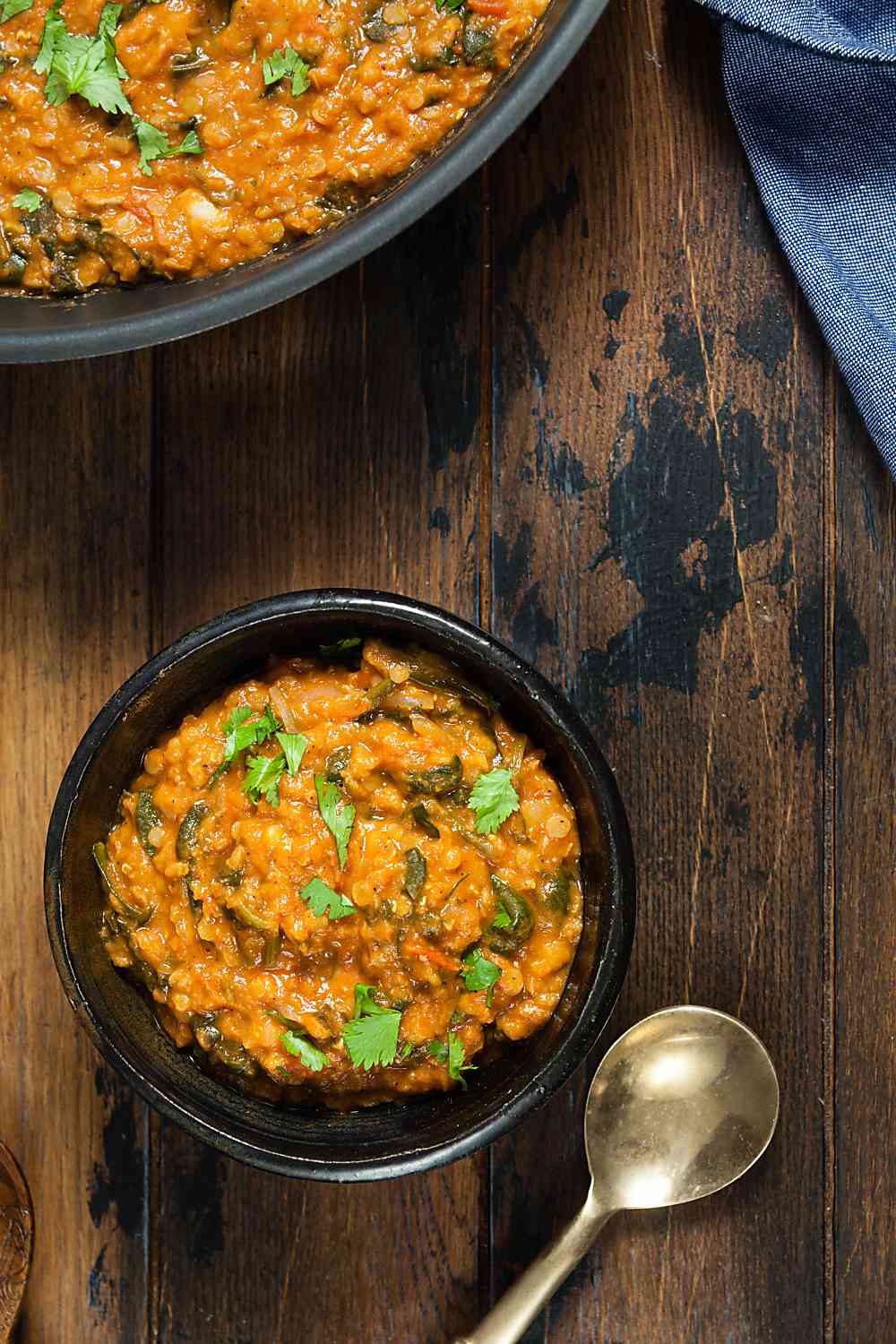 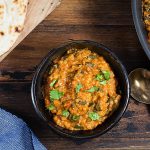