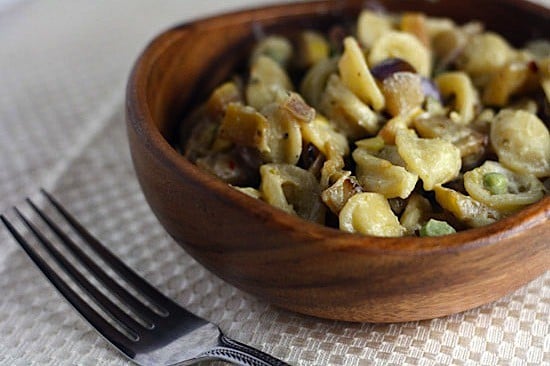 It’s no secret that I love fennel, but I’ve been absolutely obsessed with the thought of making caramelized fennel ever since I first read about it over on The Tipsy Baker’s blog months ago. I requested a copy of Ad Hoc at Home from the library and patiently waited for what seemed like forever to get the recipe. And then I had no idea what to make with it. I mean, I’m not exactly a meat and potatoes kind of girl. I don’t do side dishes. And as presented in the book, caramelized fennel was most definitely a side dish. But then I had an idea: pasta. When I’m short on recipe inspiration I always turn to pasta, throwing in a combination of whatever looks good at the grocery store and whatever I have in the fridge. Caramelized fennel seemed like it would be a great jumping-off point for a summery vegetable pasta. And it was. 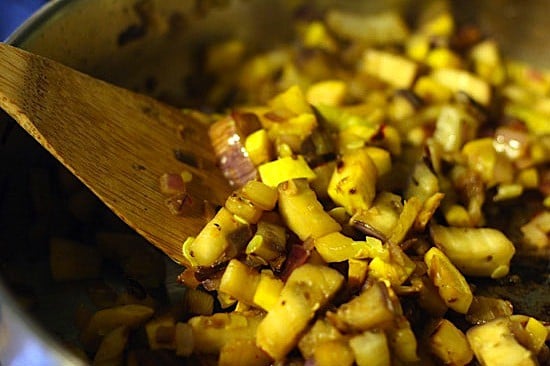 In addition to the fennel, I used a combination of eggplant, summer squash, red onions, and peas. I tasted the vegetables on their own and they were so delicate and fresh that it seemed like a shame to cove them up with a heavy sauce so I decided not to, and instead dressed the pasta with a little bit of ricotta and a touch of pesto (I had originally planned to use garlic and olive oil). It was perfect! I really liked the creaminess that the ricotta added — when you stir it into the hot pasta it melts and creates a light coating that reminds me a little of mac and cheese. The pesto perked the dish up without taking it over; you could tell it was there, but it certainly isn’t a “pesto” dish by any means. Really it’s just… good. Good when you first make it. Good the next day. Good hot. Good cold. I don’t think I’ll ever get tired of this one! 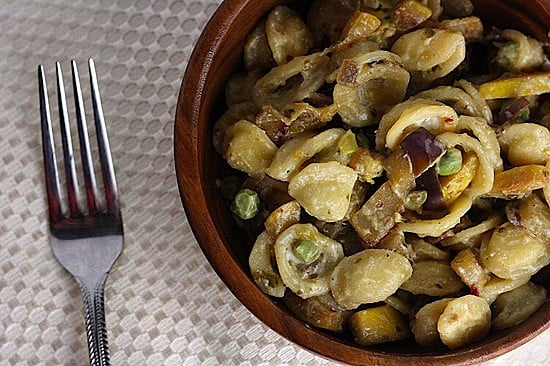 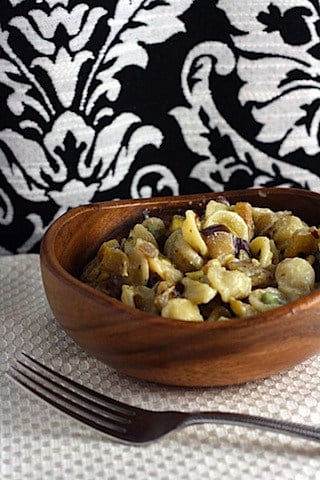