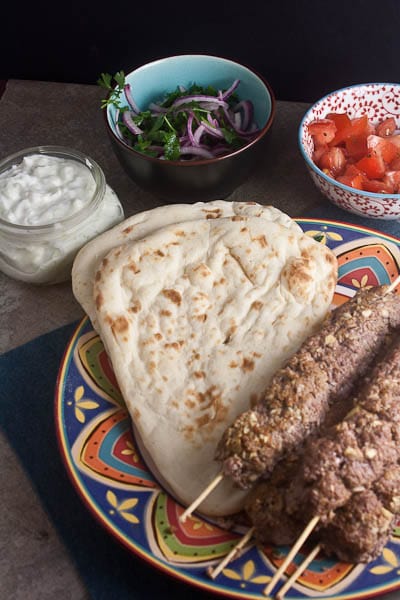 I don’t know about you, but I’ve been trying to get the most that I can out of these last few weeks of summer. Between enjoying the sun, seeing one last drive-in movie, catching one last polo match (don’t knock it ’til you’ve tried it – it’s way more exciting than the track!), and finishing the impossible task of cleaning/organizing my house from top to bottom (not sure why I started that one but I have to admit it looks a lot better) I haven’t been left with a ton of time or energy to cook.

That’s normally not a problem – I’ve been making tons of quick and easy recipes like the two-minute salmon teriyaki that I posted last week – but then I realized that it was time for Secret Recipe Club again. This month, I was paired with La Belle Aurore, a Canadian expat currently living in China. Her blog is full of beautiful travel photographs and amazing stories, but I was a little overwhelmed when it came to choosing a recipe to make. She has tons of delicious breads that I just wasn’t feeling up to making. She also has lots of recipes for homemade soaps, which are gorgeous and really fun – if only I had given myself more time to complete this month’s post I would have veered off my path and made one of those. Ultimately, I settled on her “gyro souvlaki kebabs.” 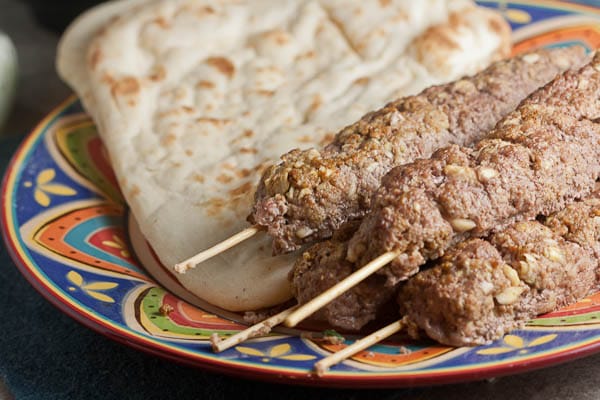 This recipe is similar to others that I’ve posted, but what attracted me to it was that each component was obviously prepared with a lot of thought and care. Rather than simply setting out a bunch of random toppings like I typically do, they were prepared almost like small salads: the onions, sliced as thinly as possible on a mandolin, are combined with parsley and lemon juice to help  take away some of their bight; the tomatoes are marinated in olive oil and mint to highlight their bright flavor; the yogurt sauce is simple and not overcomplicated with things like garlic or dill. Each component only takes a minute or two to make. Combine them though, and they create a magical symphony of flavor.

I changed a few things in order to use what I had on hand and make the recipe a little healthier, but I think that I captured the spirit of the original. Combining the ground lamb with mined zucchini helps to bulk it up and make it more filling, but it also adds moisture and makes it difficult to get a nice, browned crust on your souvlaki. Broiling them for a few minutes at the end helps a little, but these definitely don’t have the crisp, charred crust that I would have liked. Regardless, they were delicious and once they were combined with everything else I didn’t even notice. I also served them in naan rather than pita, just because I happened to have some in my freezer. Supermarket pita tends to be very dry and, if you don’t have time to make your own, I find that naan makes a better sandwich anyway.

I should also note that the skewers pictured above are only for show. I was afraid that they would catch fire in the hot oven, and the lamb really doesn’t need them. Presentation-wise though, it looks much better “on a stick” so you may want to do like I did and skewer them before serving.

Don’t forget to check out everyone’s contribution to this month’s event after the jump! 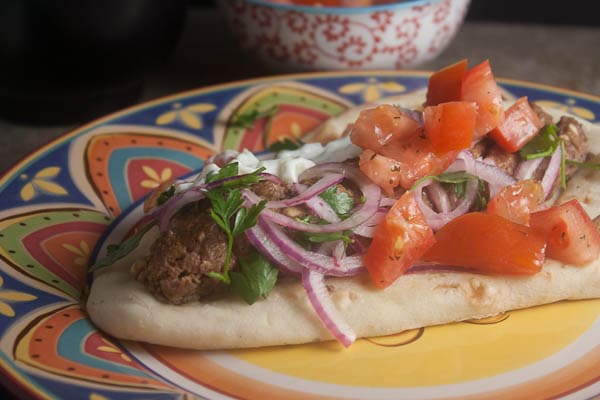 For the Lamb Souvlaki: