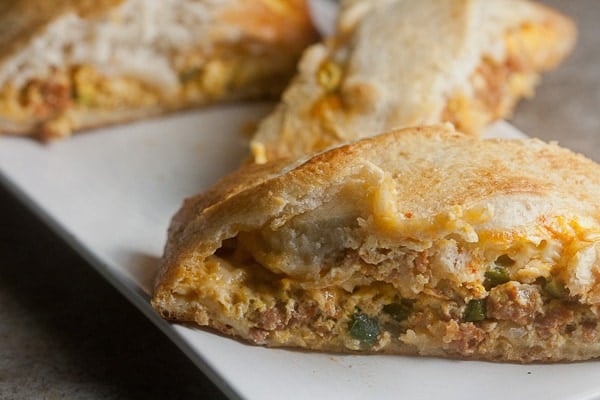 Remember when I used to actually add new recipes to my (sadly neglected) “Cooking for One” page? I started out with good intentions but, quite frankly, cooking for myself is no fun.  On the nights that Shawn works, I usually grab leftovers, make English muffin pizzas, or skip dinner all together and go straight for the ice cream. I know, it’s terrible! Anyway, when I realized that the end of the month was coming up (again, already!) and I would be forced to complete my Secret Recipe Club assignment on a night that he was working, I got kind of bummed out. It seemed like such a waste of time and effort to make an elaborate meal that I wouldn’t be able to share with anyone.  Luckily the blog I was paired with, Fried Ice and Donut Holes, is filled with easy recipes that I didn’t mind cooking for myself.

I considered making the Buffalo Chicken Shepard’s Pie or the Lemon Thyme Chicken, but I knew what I really wanted was breakfast for dinner. I ended up making the Easy Breakfast Braid. I love making stuffed bread, but had never considered a version filled with scrambled eggs before so this was a totally new concept for me. I loved how adaptable the recipe was! Melissa made her version with bacon and jalapeño. The original recipe that she based hers on used breakfast sausage. I decided to put a Southern spin on the braid by using an extra poblano pepper that I had laying around and some chorizo that’s been in the freezer for forever. Making the bread only took a few minutes longer than making scrambled eggs would have been, and the result was gorgeous. And while it was definitely worth the effort of making it for myself, it also reheated beautifully – meaning we could share the leftovers for breakfast the next morning. 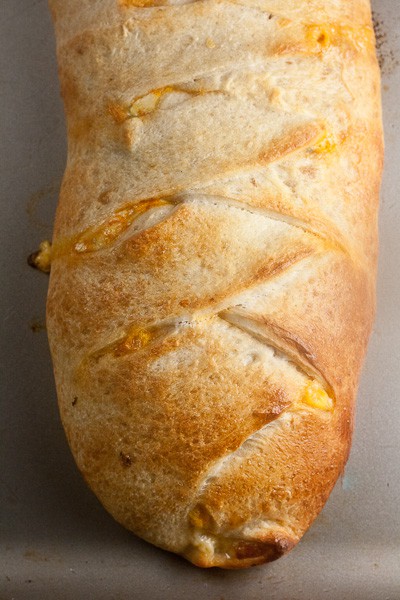 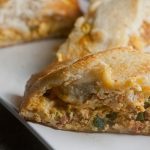