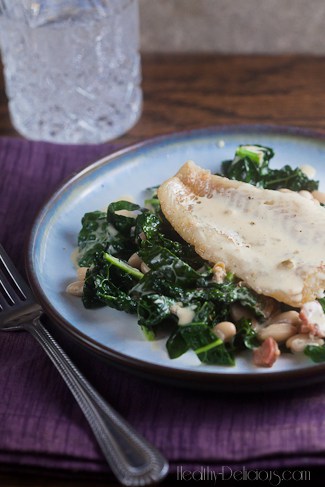 Guess what? My chicken, bacon, and scallion potstickers earned me a spot the second round of the Saucy Mama “Sliced” recipe contest! So exciting!

For this round, we were asked to create an entrée using mustard and this week’s secret ingredient: beans. I had so many fun ideas for this, but in the end I decided that I really  wanted to make something with a mustard cream sauce. I took a trip to the newly opened co-op and let the ingredients inspire me. It’s really easy to cook a good meal when you have ingredients as great as these, but the mustard cream sauce was truly the highlight of the dish. I was kind of tempted to lick the last of it off my plate. 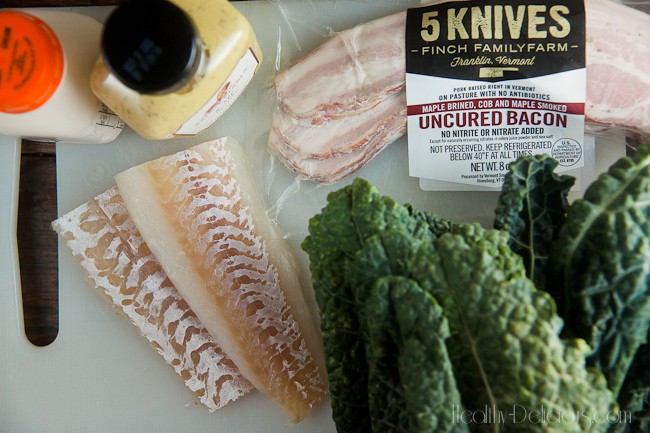 I used the hatch chili mustard, since I thought it was stand up to the bold flavors of the bacon and kale better than the other varieties. I wasn’t sure what to expect, but I was pleasantly surprised. The mustard as spicy as I feared it might be – it was flavorful, but not too assertive. It actually worked really nicely with the other ingredients and gave the final dish a creamy chowder type feel.

I loved all of the texture that this had! Velvety rich sauce, flaky fish, crisp bacon, creamy beans, and well… I don’t know how to describe the texture of kale, but it worked.

I thought it was pretty perfect – now I’m just keeping my fingers crossed that the Saucy Mamas agree and send me through to the final round! 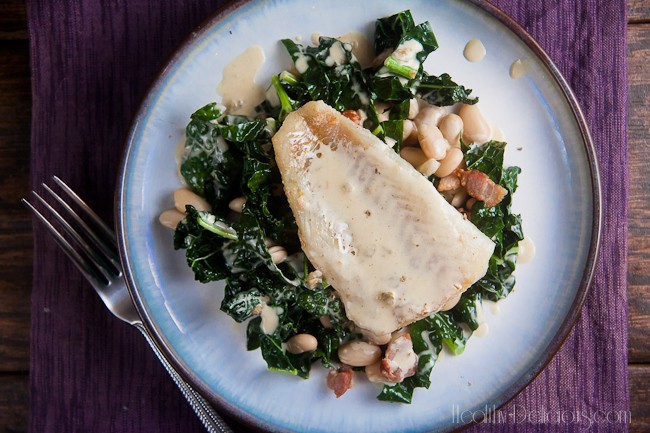 
Disclosure: I was provided with samples of mustard to use in the recipes that I develop for the “Sliced” contest but was not compensated in any other way.
Pin
Share
Tweet
Share
93Shares