All the flavors of traditional raclette are baked into this delicious quiche, complete with a shredded potato crust. And thanks to GO VEGGIE, it’s lactose-free! 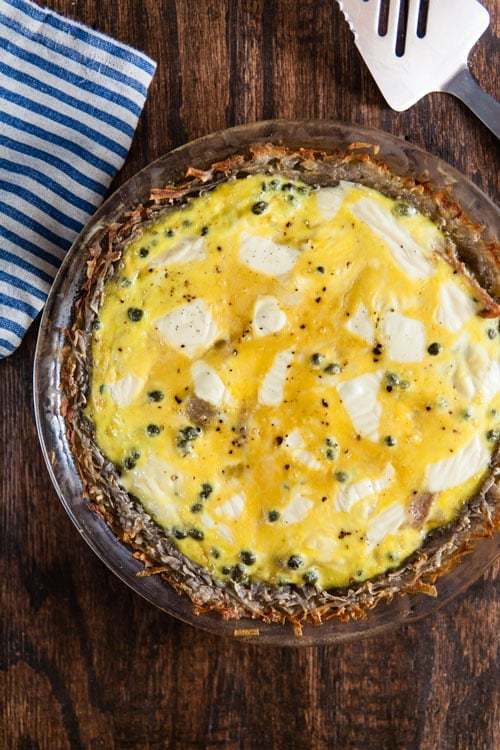 I don’t know about you, but when I know I can’t have something it makes me want it a million times more. For the past few winters, I’ve watched friend after friend post photos of a delicious dish called raclette to their facebook pages and instagram feeds. If you’ve never seen it, it’s basically a huge black of cheese that gets warmed on a grill, then you scrape the melty part onto boiled potatoes, charcuterie meats, and pickled vegetables. It looks like heaven. It also looks like a bad, bad idea for someone who feels the way I do after eating too much dairy.

Since I can’t enjoy the traditional dish, I did the next best thing: baked all of those flavors into a delicious, and lactose-free, quiche. 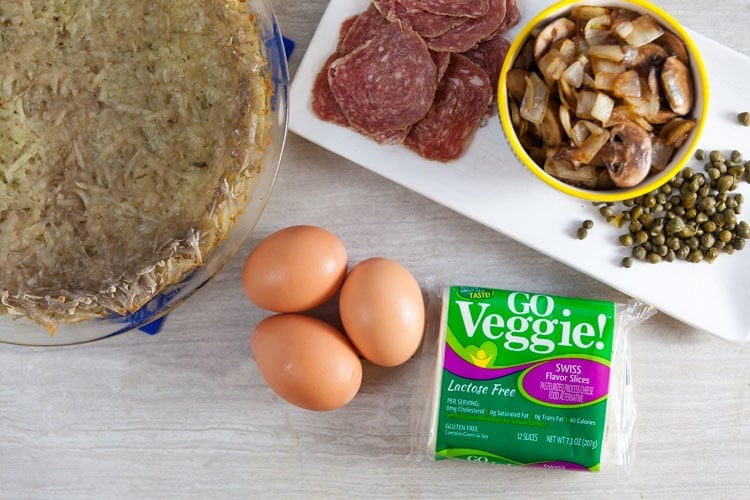 At first, I considered adding cubes of boiled potatoes to the filling of this “raclette” quiche, but then I had the idea to use shredded potatoes as the crust instead. This way, you get tons of potato flavor without doubling-up on carbs. The potato crust takes a few minutes to make, but it’s well worth the effort. I seasoned the crust with garlic and a little bit of fresh dill, and it basically tastes like a huge latke! Plus it’s wheat-free, which I know some of my friends will appreciate.

Inside, I layered sautéed onions and mushrooms, salami (look for one that’s nice and dry), and GO VEGGIE’s lactose-free Swiss. I also added some capers to the egg mixture, to give the recipe a little bit of that bright pop that would normally come from pickled vegetables. I layered some extra GO VEGGIE onto the top of the quiche so it could get nice and melty. This recipe is super delicious and can be enjoyed for dinner or as a make-ahead breakfast!

PS – GO VEGGIE is getting a new look! Stores seem to be rolling it out slowly, and mine only had the Swiss slices in the old packaging. Be sure to keep your eyes peeled for the new package (you can get a sneak peek on their web site). As always, the lactose-free singles have half the calories and fat of regular Swiss cheese, with no cholesterol or saturated fat. They’re also rolling out some new products that I’m super excited about, like single-serve cream cheese (so convenient) and individual sriracha (!!!) or white cheddar snack bars. 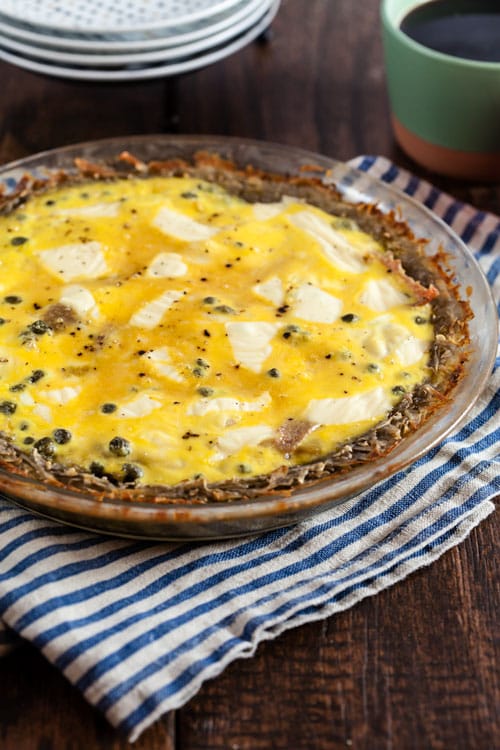 More quiche recipes for you to enjoy: Quiche Provencal // Prosciutto and Artichoke Quiche 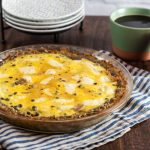 I created this recipe for my client, GO VEGGIE. Thank you for supporting the brands that keep me inspired in the kitchen. 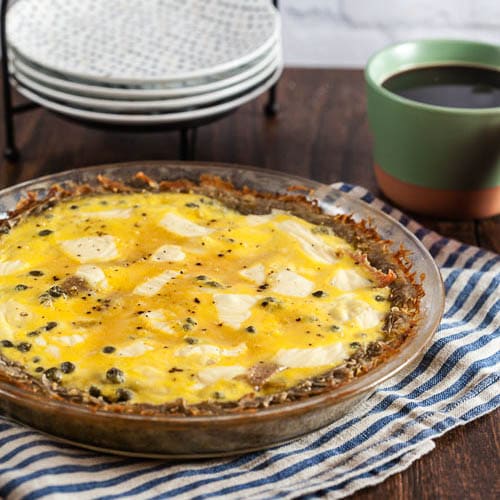