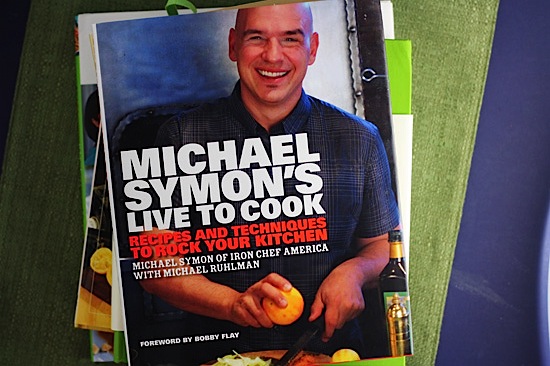 I thought would try something different today – a cookbook review! If you’re anything like me, you plan to use some money that you got for Christmas for a new cookbook or two, but with so many out there it can be a bit daunting to figure out which ones are worth the money.

Before I received a copy to review, I don’t think I would have ever thought about buying Michael Symon’s book. I love Iron Chef, but I’m always slightly disappointed when he’s the one picked. We joke that the challenger picks him when they want someone who will take it easy on them. This book changed my opinion of him though, and I have a new respect for Michael Symon. 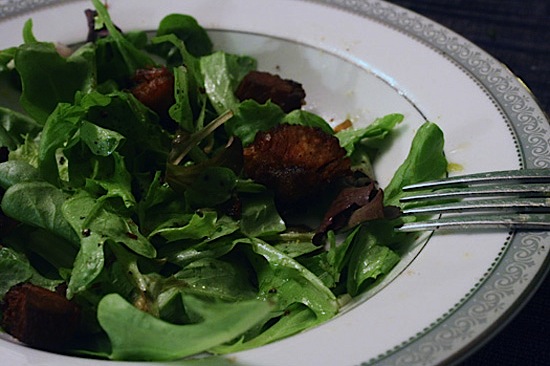 First though, let’s talk about the book itself: as you can probably tell from the blog, I’m a very visual person. I like pictures. And I most likely won’t look at a recipe in a cookbook twice if there isn’t a picture to go along with it. I was very happy to see that this book is full color and loaded with mouth-watering photographs. Not all together in a little section in the middle either- the photo is right there with the recipe. And a lot of recipes even have multiple photos! That’s my kind of cookbook.

The second thing that I noticed about this book were the chapters – in addition to standards like “meat,” “soups and sandwiches,” and “salads” there are categories for things like “charcuterie” and “pickles.” Fun! But it also demonstrates that this isn’t your everyday cookbook. Certainly some of the recipes can be made easily on a weeknight, but others – like curing your own bacon and pancetta – are pretty involved and not for those of you who are easily intimidated in the kitchen. Other recipes looks awesome, but are pretty impractical for the home-cook – I’m not sure where I would find ingredients like beef cheeks or suckling pig head.

That aside, this cookbook is pretty awesome. I tried a few recipes from it, and they were huge hits. First I made braised pork belly, which took a long time but was very easy to make (95% of it was inactive time that it spent in the oven). The pork belly was great on it’s own, but even better when used to make pork belly croutons to go on a salad with an egg and Symon’s Sherry Vinaigrette! This was a really fun play on bacon and eggs and we loved it. The flavors went beautifully together. I’ll be making the vinaigrette a lot. 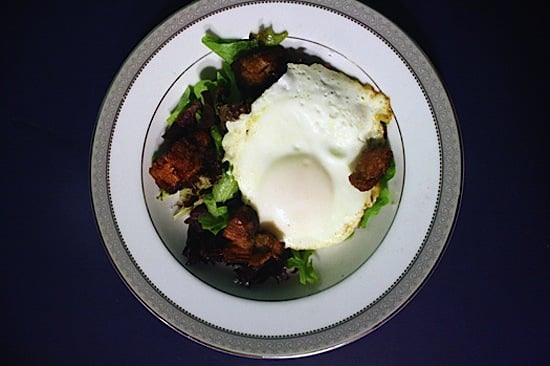 The next recipe I tried knocked it out of the park though, and is what really changed my opinion about Symon. The recipe for Crispy Gnocchi with Morels and Spring Peas is easily worth the price of the book. Love, love, love! I had to use porcini mushrooms and frozen peas, and it was still awesome – I can only imagine how great it would be with the right ingredients! The gnocchi was light and fluffy, with a crispy exterior and a bright lemon flavor. The brown butter sauce was amazing with the mushrooms and peas. AND it was easy enough to make on a weeknight. I can’t say enough about this dish. Seriously buy this book and make it ASAP. 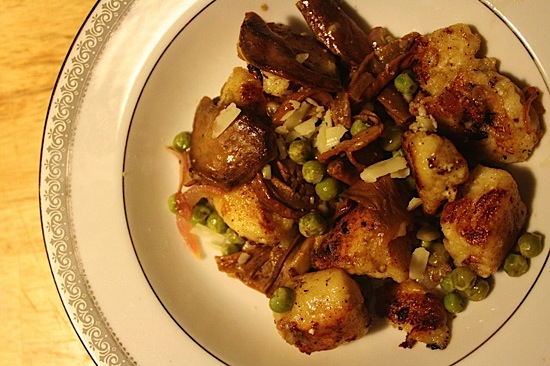 The verdict: This isn’t a book for the casual home-cook, but if you’re a little more adventurous in the kitchen it’s a great addition to your cookbook collection. None of the recipes are particularly difficult, but some are pretty involved and have multiple steps or use hard-to-find ingredients. You likely won’t be able to (or want to) make every recipe in it, but its a beautiful collection of solid recipes that will inspire you to try new combinations of ingredients and think a little differently about some old standards.

Would I buy this book? While I never would have given it a second look before, I would definitely buy this book for myself or for a food-loving friend.

Michael Symon’s Live to Cook is available at Amazon.com for $23.10.