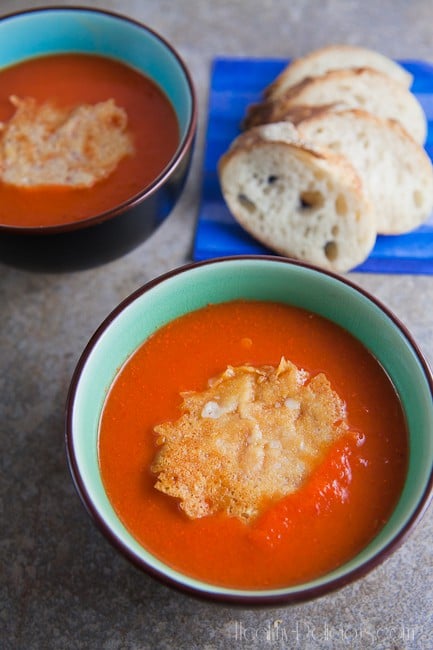 Welcome back to the pepper party! We’re continuing the fun today and Wednesday with two more great giveaways thanks to our sponsor, Divemex. I LOVE all the pepper recipes and ideas that have been shared so far, and I can’t wait to see what everyone else has up their sleeves this week!

Today, we’re giving away a Wusthof Classic 8-inch Chef’s Knife (worth $190). A sharp chef’s knife is one of my kitchen essentials, and this knife is top notch – I just know you’ll love it! 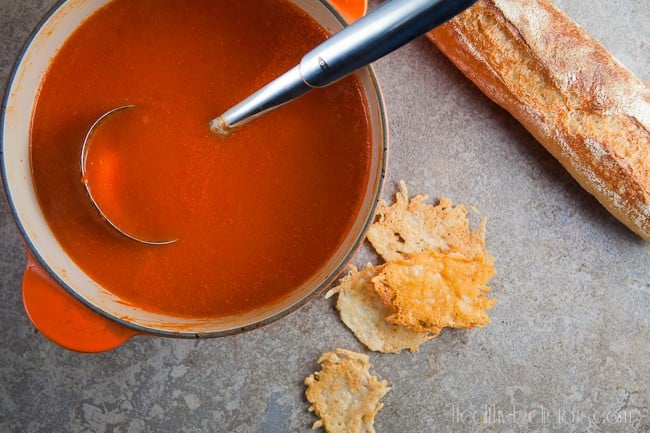 Now, you didn’t think I’d be able to make it through the party without making a soup recipe did you? Obviously, not. Seriously, sometimes I feel like I should start a second blog devoted entirely to soup, since I’m sure you all get sick of it sometimes. I can’t help it though!

This Red Pepper Bisque is surprisingly easy to make, featuring just a few simple ingredients, but it’s incredibly rich and satisfying. Asiago crisps and a hunk of crusty baguette make the perfect accompaniments. 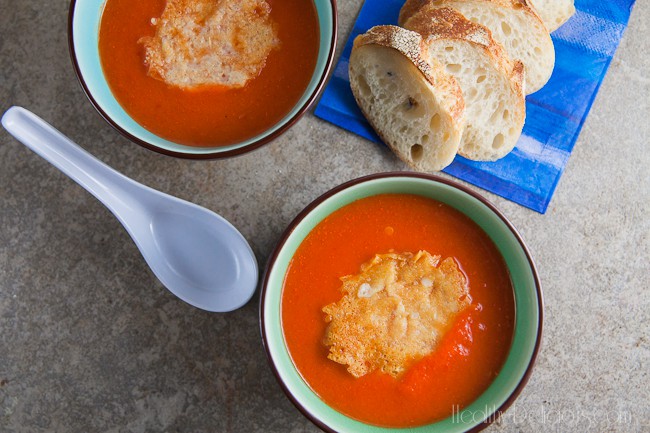 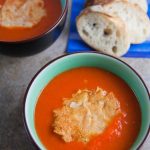 Be sure to check out all of today’s other great bell pepper recipes from other #pepperparty participants!

Disclosure: Divemex generously provided the giveaway prizes. I was not compensated in any way for participating in the pepper party. The growers of Divemex specialize in greenhouse grown peppers in state of the art facilities that facilitate the production of the highest quality peppers in some of the safest facilities anywhere. But most importantly, as a Fair Trade Certified company, they have an unwavering commitment to social responsibility that puts workers first.