This one-pan recipe combines crispy roast chicken pieces with spring vegetables like buttery leeks and peppery radishes. The chicken is slathered with a garlic and cilantro rub for extra flavor – one bite and you’ll fall in love. (Plus, a Circulon cookware giveaway worth $200!) 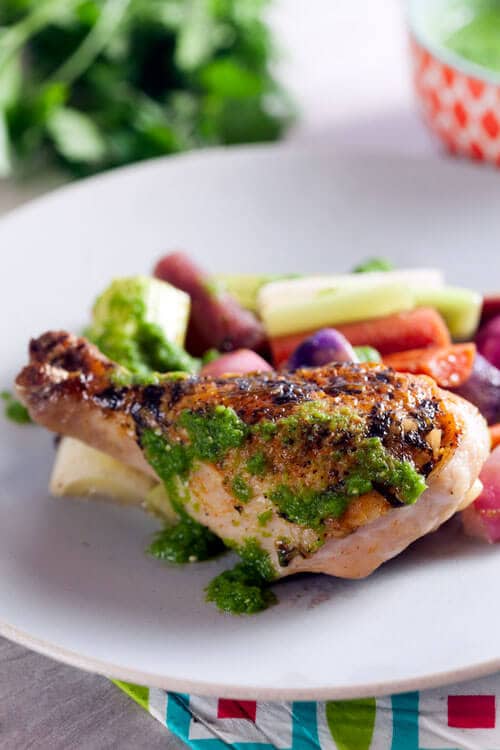 I’ve always been a huge fan of roast chicken but a few months ago I discovered a secret that makes it downright irresistible: after the skin gets nice and crisp, cover it with a thick, pesto-like herb rub and cook it the rest of the way through, then serve it with spicy salsa verde. I can’t get enough.

This recipe was inspired by the flavors of Spring – it includes tons of fresh herbs, citrus, radishes, leeks, and carrots. It’s a one-pan meal, so it’s easy enough to make after work on a weeknight, but it’s also perfect for sharing with friends for a Saturday night dinner party. It’s the kind of meal that you’ll want to linger over for hours.

(The vegetables are unexpected, but utterly delicious. You haven’t lived until you’ve tried roasted radishes. They mellow out and take on an almost potato-like quality that’s delicious with the salsa.) 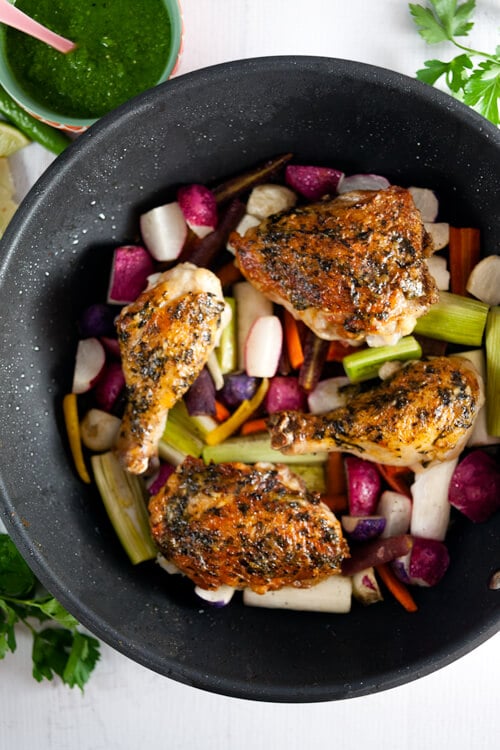 I’m sharing this recipe over on the Circulon website, so you’ll have to pop over there to get all the details.

I used the Circulon® Innovatum 12-inch open deep skillet , which is part of their new Circulon® Innovatum line that just launched at Target. I got a sneak preview of the new cookware, and so far I love it. It features Circulon’s patented TOTAL® Nonstick System, with raised nonstick circles that create an efficient nonstick cooking surface (my chicken skin got so crisp you could shatter it, and it didn’t stick at all). It’s also dishwasher safe, which is always a major plus.

The cookware comes in three finishes: hard anodized, stainless, and red porcelain enamel. Check them out, then enter to win a set of your choice plus a $50 Target purchase coordinating open stock pieces (like the deep skillet pictured above.) 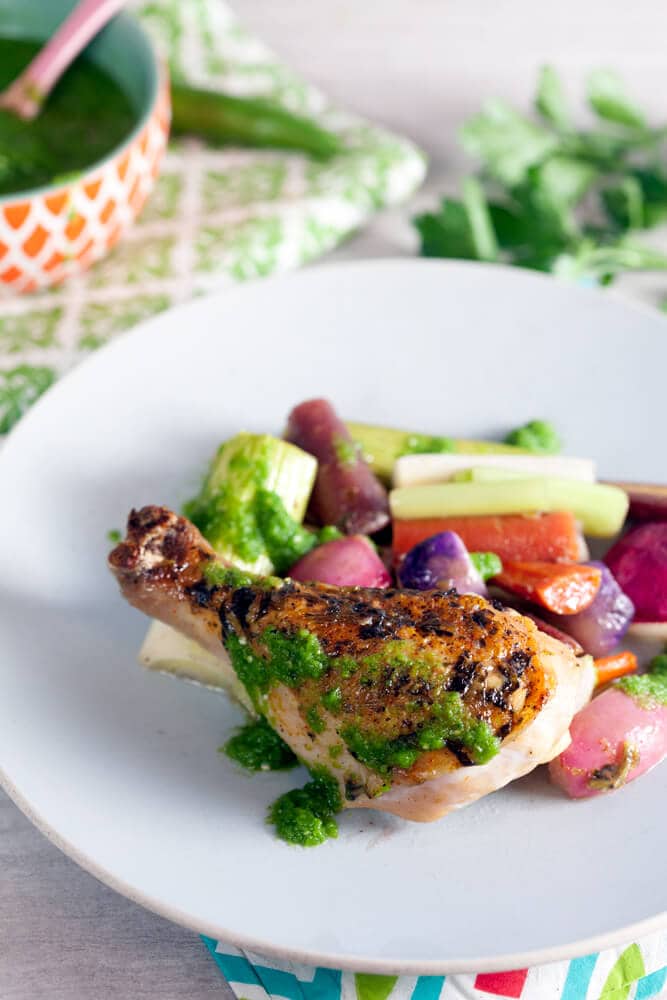 This post was sponsored by Circulon®. I received a set of cookware and was compensated for developing a recipe for them.