Baked shrimp scampi with linguine and zucchini buttery and delicious – and easy enough for a weeknight! 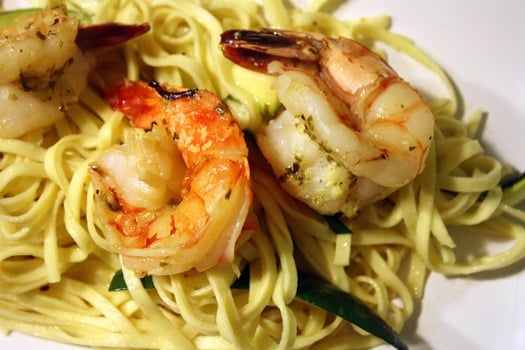 Over the past few weeks, I’ve noticed something: I NEVER want to cook on Monday’s. Monday’s are always long and busy, and when I get home I just want to relax. So I decided to plan quick, easy, and irresistible dinner for Monday nights. That way, I have no excuse to order in instead of cooking. This shrimp scampi was the perfect Monday night meal – the rich, buttery shrimp with a pop of citrus served over linguine and sauteed zucchini was on the table in under 20 minutes. And only dirtied two pots! With a meal this delicious and easy planned, there’s no justifying getting take-out. 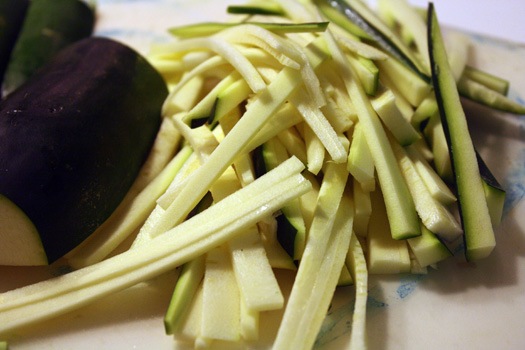 My inspiration for this recipe came while I was flipping though this months issue of Food and Wine magazine. Two dishes caught my eye: one was a pasta tossed with zucchini and the other was a baked shrimp scampi. I love the idea of tossing zucchini with pasta – its a great way to add some bulk and stretch one serving of pasta into a filling meal. The zucchini soaked up the flavors of the scampi beautifully, and it was easy to forget that there were vegetables hidden in your pasta as you were eating it. This scampi recipe is adapted from the one in the magazine, but by butterflying the shrimp and stuffing it with the butter mixture I was able to reduce the amount of butter significantly. I really liked the addition of the lemon zest in this recipe – it cuts through the richness of the butter really nicely and lifts the flavor of the dish.

I can’t stress enough how easy this dish is to make! It involves little more than boiling a pot of water and cutting a zucchini into matchsticks (a good chance to practice your knife skills!). Since I used fresh pasta which cooks in just a few minutes, the majority of the time spend preparing this was simply waiting for the water to boil. 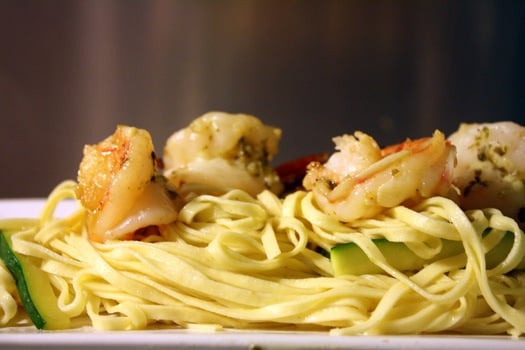 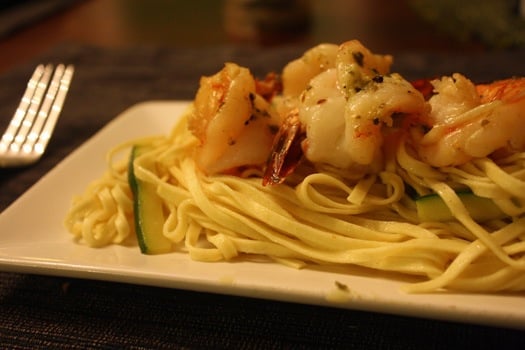