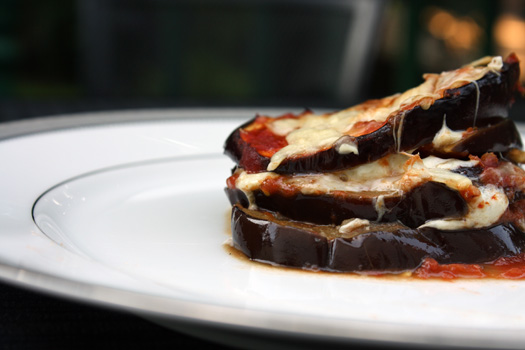 The most basic dishes can be completely transformed when you use all fresh ingredients – this eggplant parmigiana contained very few ingredients, but they were all good quality and it was delicious. I happily ate the leftovers for lunch all week.

This recipe in Fine Cooking magazine initially caught my eye because, unlike most eggplant parm recipes, it wasn’t breaded. The lack of breading keeps it on the lighter side and makes it more appropriate for the summer weather. It also lets the flavors of the other ingredients really shine through. 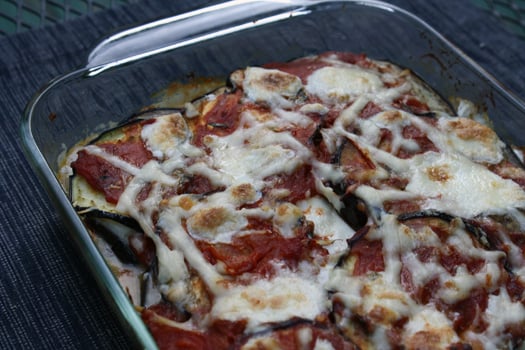 I had a stressful day today and I honestly don’t feel like typing up this recipe. Sorry. I based it off this one though, with just a few changes: 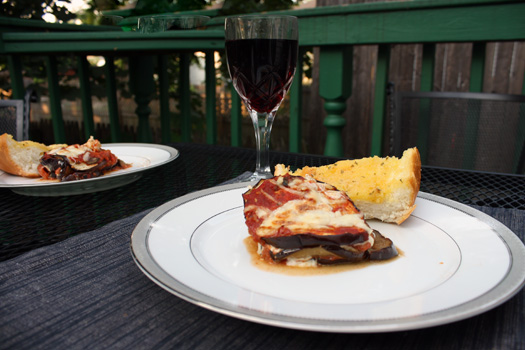 I might be back later tonight with another post and my entry for this month’s Royal Foodie Joust!