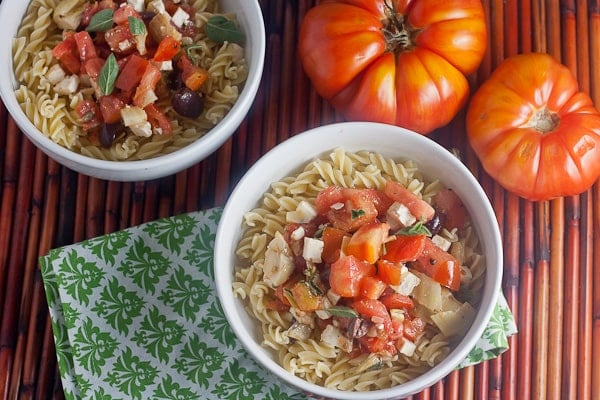 Lipman Produce recently asked eleven bloggers to create a recipe for their new consumer web site, Lipman Kitchen. Lipman is a family-owned company that’s been around since the 1930’s but, until now, their tomatoes never had a “brand” associated with them. They’re actually North America’s largest growers of field tomatoes, so there’s a good chance that you’ve eaten their tomatoes without knowing it!

It’s funny, but other than looking to see if produce at the grocery store is local or not, I’ve never really considered where it comes from or who grew it. It never occurred to me that all of the tomatoes on the shelf might not have come from the same place (unlike say, in the meat section where I know the pork all comes from the same major producer unless the label indicates otherwise). Now, with their consumer launch, Lipman tomatoes in the Northeast and in South Florida will be identified with signs, stickers, and packaging. While I’m not sure how I feel about branding produce, I like that it made me think about where it comes from. 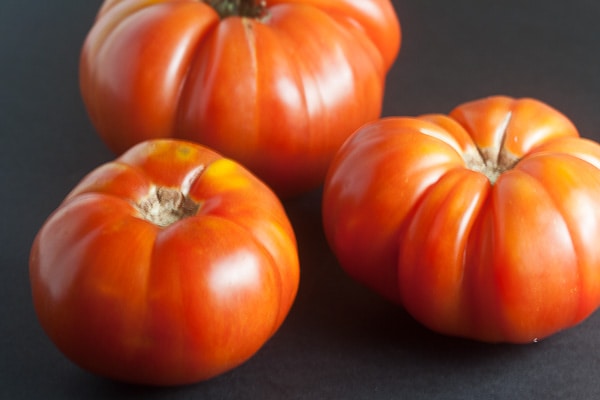 I actually had a really hard time coming up with a recipe idea that put tomatoes in the spotlight. I initially thought a tomato jam might be nice (it’s one of the first things I remember making when I was a kid, but I have’t made it in ages), but someone else had already claimed that idea for herself. Same with the fresh Bloody Mary and the tomato tart that I pitched Lipman. We ended up settling on this light and fresh pasta dish that’s perfect for a busy weeknight. It’s a nice deviation from more traditional Italian pasta recipes, and I love the way the sweet tomatoes contrasted with briny feta and kalamata olives.Topped with marinated and grilled shrimp, it made a great summertime dinner and I enjoyed the leftovers as a chilled salad the next day.

Click on over to Lipman’s site to get the recipe for Greek Pasta with Feta and Shrimp and check out the recipes that the other bloggers came up with. 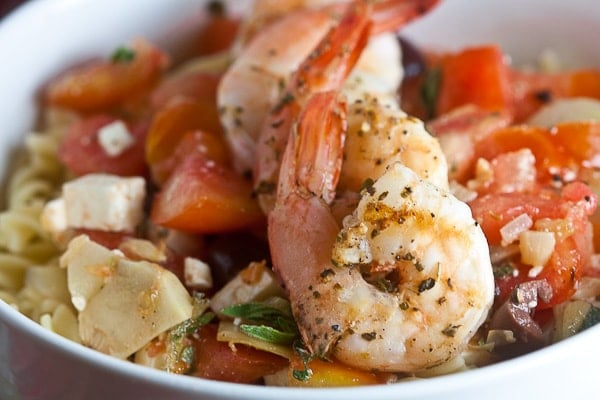 I was provided with tomatoes and was compensated by Lipman Produce for creating this original recipe. All opinions are my own.