Are you looking for ways to use leftover cranberry sauce after Thanksgiving? Repurpose it by making a sweet-tart topping for the cinnamon cranberry dessert tacos! 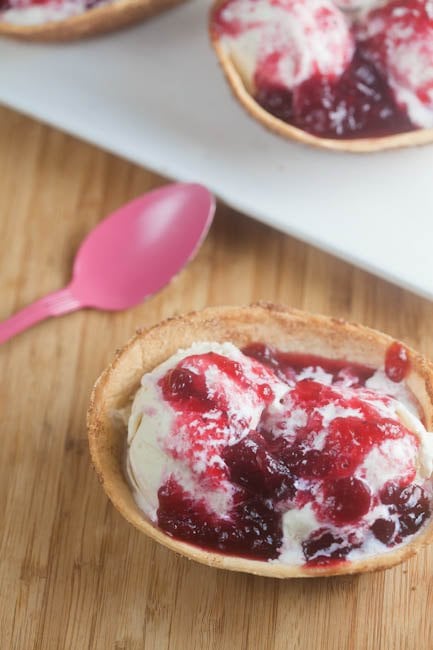 Remember those absolutely brilliant Stand ‘N Stuff Soft Tortillas that I used for my Korean tacos a few months ago? Ever since I first heard of them, I’ve been dying to use them for a dessert. They’re the perfect size and shape to hold two small scoops of ice cream. They’re also perfect for holding soft scrambled eggs and salsa verde, but that’s another recipe…

So, when Old El Paso asked me to create a taco using Thanksgiving leftovers, it took me about 30 seconds to decide what I wanted to make: cinnamon cranberry dessert tacos. (It would have been even less time, but I was briefly distracted by the idea of sweet potato and mole tacos.) 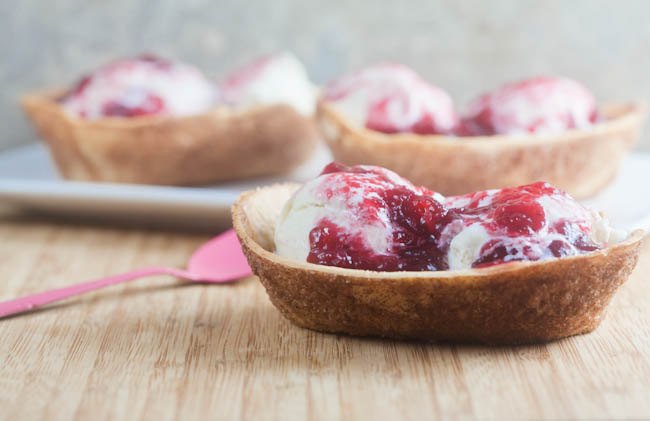 For the edible bowls, I was inspired to do a twist on sopapillas, one of my favorite desserts. I brushed the tortillas with melted butter and sprinkled them with cinnamon-sugar, then baked them until they were crisp. Baking the tortillas takes away the raw flour taste and makes them more dessert-y. It also gives them a little more structure, so they can hold the ice cream better.

Then, I mixed up a quick topping using canned cranberry sauce. You can use a fresh can of sauce for this, or repurpose any that you have left over after your Thanksgiving dinner. I sweetened the cranberries with a little honey (another traditional component of sopapillas) and a touch of vanilla. I absolutely loved the sweet-tart sauce over vanilla bean ice cream. It reminded me of a grown-up take on a classic sundae. 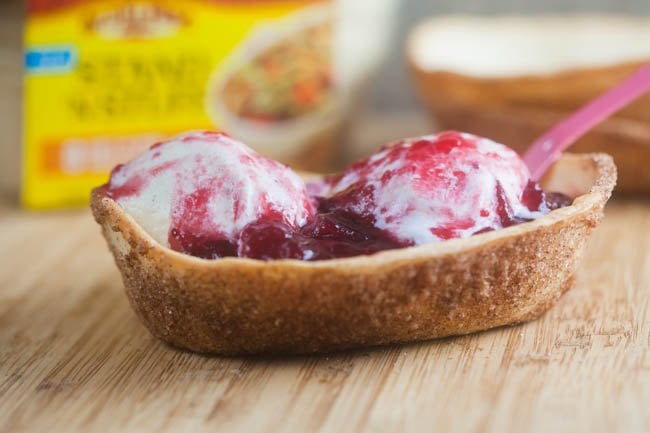 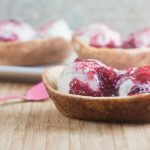