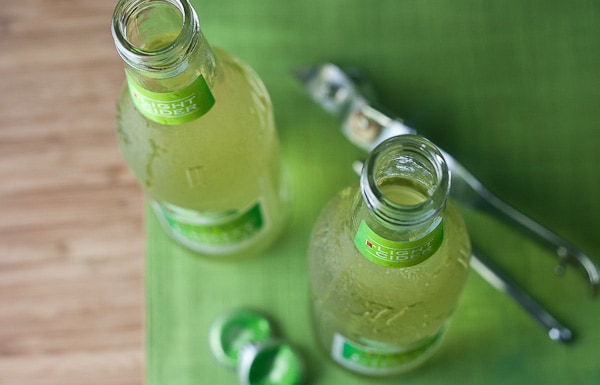 A month or two ago, I was flipping through a magazine and I literally squealed when I saw an ad for Michelob ULTRA light cider. I like hard cider a lot, but I don’t drink it often because it’s pretty high in calories; the idea of a light cider really excited me. A few days later, I received an email from BlogHer asking me if I’d like to review it. Of course I said yes!

Unfortunately, I have to say that I was pretty disappointed in the cider. I thought it was really sweet and was missing the complex, fermented flavor that cider usually has. It kind of just tasted like apple juice, but it also had a little bit of a sour apple kind of thing going on. Not bad, but not at all what I had been expecting.

I can see this cider being a good option for people who don’t like beer but are looking for something that’s just as easy to grab. It’s also gluten free, and I know that my friends with celiacs will appreciate having another (affordable!) option available to them.

Honestly, I probably wouldn’t buy these for myself… but then again I don’t typically like sweet drinks. (Looking at the information that they sent me, it says they’re a great alternative to white wine. I can see that, but I almost always drink red wine.) Shawn enjoys sweeter drinks, and he liked these more than I did, too. What I did really like was the bratwurst that I cooked in some of the cider – it was some of the best I’ve ever had! 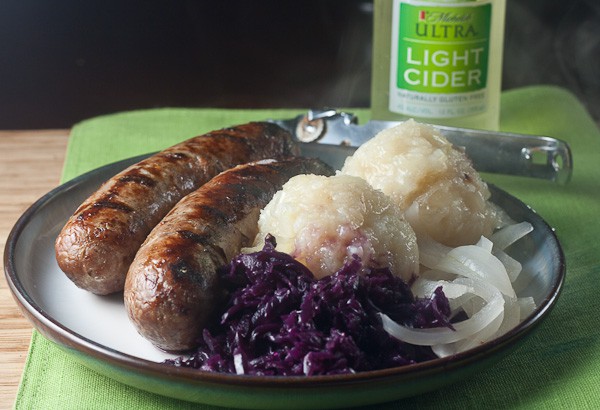 I started by putting uncooked sausage in a shallow pan with some sliced onions. I covered everything with cider (about a bottle and a half) then simmered them over medium heat until cooked through – it took about 10 minutes. After the bratwurst was cooked, we threw it on a very hot grill to crisp them up. They stayed nice and juicy since they didnt need to stay on the grill or long, and the cider flavor infused the sausages and gave them a really great flavor. I served them with the onions that had cooked in the cider, red cabbage, and potato dumplings (kartoffelkloesse) for a great summertime dinner.

Michelob ULTRA Light Cider is all-natural and is sweetened with stevia. It has 130 calories per twelve ounce bottle – one third less than other ciders. It’s also naturally gluten free.