You are here: Home / Side Dish / Blackberry Ketchup 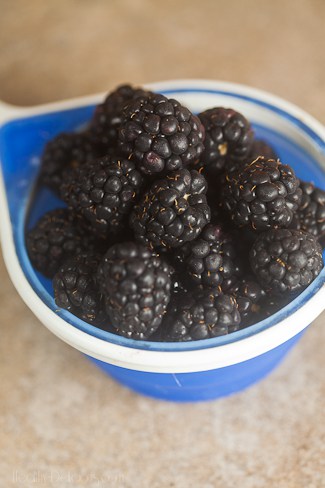 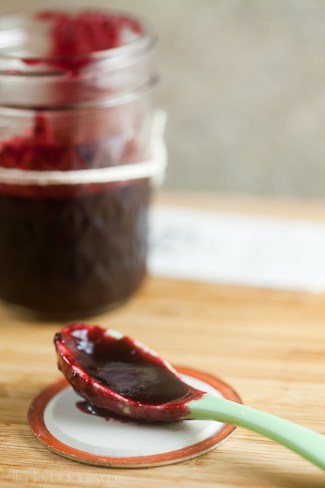 I’ve been feeling kind of blah about cooking for the past few weeks. I just finished up a massive project that involved developing a bunch of new recipes in a very compressed time period and all of my creativity has been sucked up. Plus, after what felt like the longest most miserable winter ever, summer is finally here in full-force. It kind of just makes me want to grill hot dogs and call it a night.

I’ve had homemade condiments on my mind ever since my trip to Toronto earlier this year, and when I saw that the theme for this week’s Sunday Supper was summer berries I knew that it was time to take the plunge. As tempting as it was to just throw some berries on a salad (like this herb salad with lemon-poppy vinaigrette and fried goat cheese, which is always a favorite) I wanted to make something a little more creative.

This blackberry ketchup was surprisingly simple to make – it only takes a few minutes to throw together – and it’s absolutely delicious. It’s a great way to perk up a grilled bratwurst and is a nice change from tomato ketchup on your fries. The sweetness of the fresh berries is balanced out by tart apple cider vinegar and warm spices. It’s sweet and slightly jammy, but it definitely has a vinegary punch to it… you won’t want to put this on toast!

(I haven’t tried it yet, but I also think this blackberry ketchup would be great as a base for barbecue sauce!) 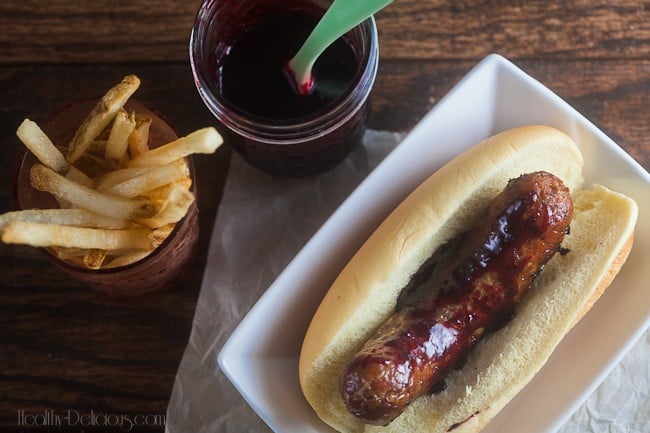